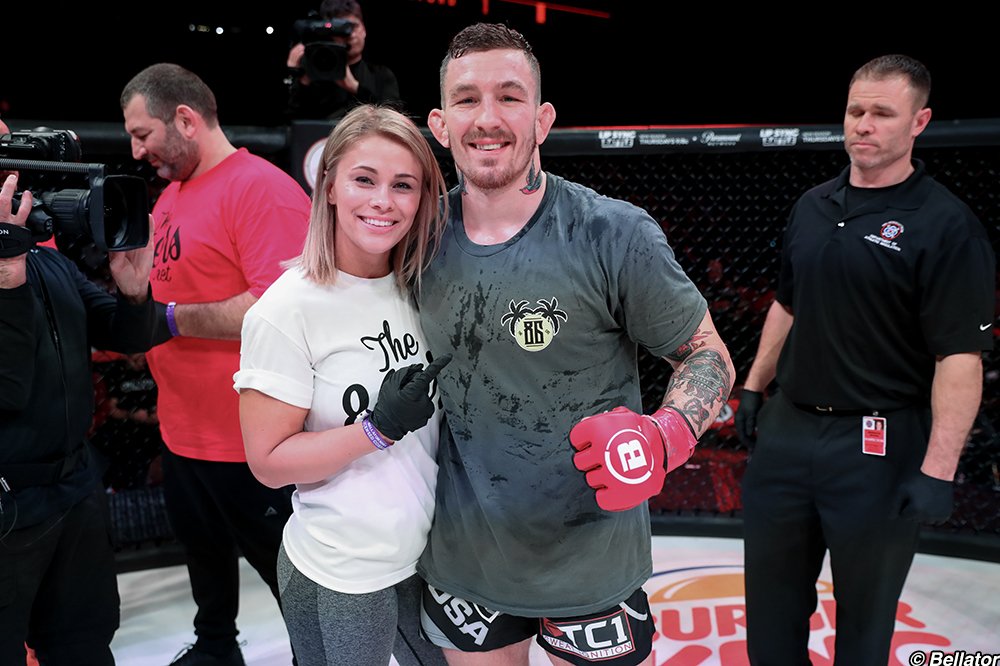 The undefeated Bellator welterweight Austin “The Gentleman” Vanderford has his next fight lined up for him. He is now scheduled to face Jake Shields in the headliner of Submission Underground 8 on May 12th.

Vanderford is the better half of UFC flyweight Paige VanZant. The two got married in September 2018. Vanderford is 7-0 in his professional career. He made an appearance on Dana White’s Tuesday Night Contender Series defeating Angelo Trevino via a rear naked choke.

Vanderford made his Bellator debut this past February. With his wife VanZant in his corner, he managed to make short work of Cody Jones and submitted him in the very first round. Since the Bellator welterweight grand prix tournament is in full swing, fighters who lose in the opening round will be looking for fights, and those will be the kinds of names Vanderford said he ultimately wants to share cage time with on his way up the ladder.

His opponent for his next dance, Jake Shields, will look to come back after a loss at the hands of Ray Cooper III. With a record of 33-11, Shields currently competes in the PFL.

Submission Underground 8 will happen at the Roseland Theater in downtown Portland. This card will air live on UFC Fight Pass. It will also feature the return of tag team jiu jitsu as well as a special superfight match (Micah Brakefield vs Shaun Kiatvongcharoen). The rest of the fight card looks as follows: