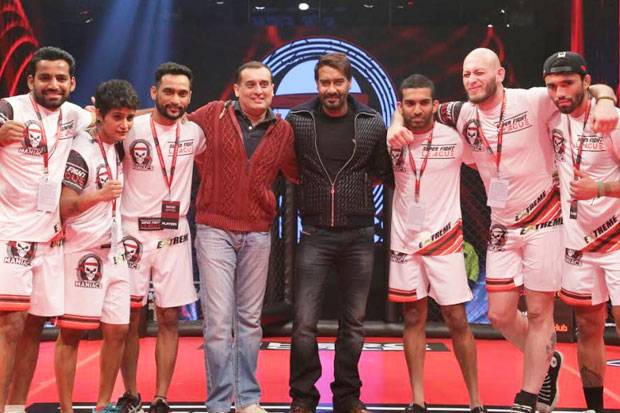 Having garnered over a whopping 100 million views in 5 years for 67 live televised events, Super Fight League is ranked as the third biggest Mixed Martial Arts brand in the world and second most watched sport in India after cricket apart from being the fastest growing combat sport.The franchise-based league that is being organized in association with the All-India Martial Arts Association (AIMMAA) will entail prize money of INR 4 crores as well as 96 players and 8 teams as listed below –

Bill Dosanjh, CEO & Founder of Super Fight League stated, “We are excited to be partnering with FOX Networks Group, the leading multi-platform entertainment group across the world. This association will further capitalize on our long term vision of taking SFL to different markets. In the next 3 years we would like to take SFL to the Asian markets where MMA is more popular than a sport like cricket and comes second after soccer. The opportunity to have our premier content available in over 500 million homes will immediately accelerate the growth of the SFL brand and the sport of MMA across the region. The emergence of young Indian mixed martial artists coupled with FOX’s marketing muscle and distribution, will allow us to expand our event output beyond India and into the rest of the world in the coming years.”

Brian Sullivan, President of FOX Networks Groupadded,  “This new agreement allows us to continue adding value to our uniquely holistic entertainment experience, aiming to suit all our fans’ preferences. We are quite delighted to deliver first class MMA content through our channels and digital platforms. The passion of Asian fans for mixed martial arts makes this category key to our content offering, and we will contribute with our know-how to make the experience of living it in our portfolio unbeatable.”

Elaborating Asian athlete and two-time world champion Amir Khan states, “I think we’ll be considered mainstream just like the NFL and NBA now. To be on the Fox platform, we’re not second class anymore. This new agreement represents a great opportunity and will allow us to attract a new fanbase for the sport where MMA has a strongly established tradition as well as huge potential to gather and galvanize new fans.”

Formed in 2012 by British-Indian entrepreneur and philanthropist, Bill Dosanjh with an intent to give Indian mixed martial artists a platform to compete and hone their talent in their country of origin whilst bringing in talented fighters from different parts of the world, SFL is a revolutionary approach to combat and is the first MMA organization to feature female fighters. MTV SFL 2018 will promote gender equality through a fair and unique platform with women having the same influence on the team as men. The league entails a group ‘A’ and ‘B’, consisting of four teams each. Every team has six players—five male fighters and one female—and six back-ups, belonging to six different weight categories. The teams within the group compete with each other in 12 league-level matches.

The second season of the leading MMA league will be conducted at MTV SFL Arena, Famous Studios, Mahalaxmi, Mumbai from February 9, 2018 to March 17, 2018.