The thrill and agony – One bad night pushes Mumbai to the brink of exit, lifts Goa 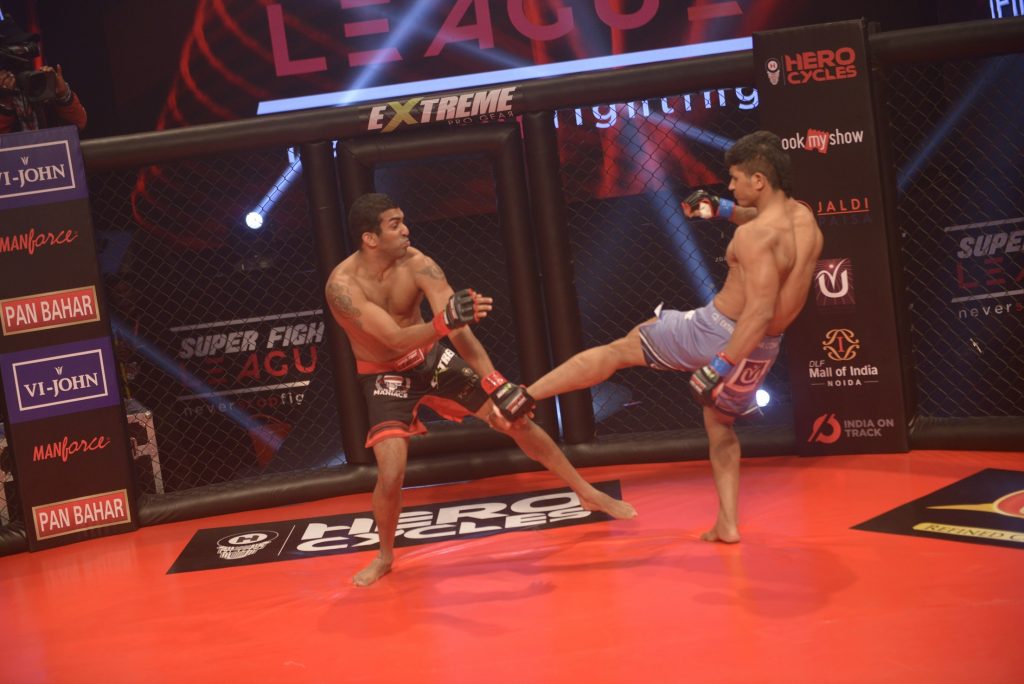 One of the most intriguing fights on the card was the one between Amit Thapa and Sandeep Dahiya — their highly anticipated rematch was expected to produce fireworks, with both men sharing deep – and very real – disdain for each other. While the fight itself did not go the distance, it did produce arguably the most controversial moment of the tournament thus far.

One other fight everyone was looking forward to, was the one between Goa’s Kario Isaac and Mumbai’s Irfan Khan. Irfan, a veteran in the fight game was up against one of the most well rounded Indian fighters. Kario had won the first edition of SFL Challengers couple of years ago, and both the warriors put on the fight of the night, which was also the first bout of the evening. 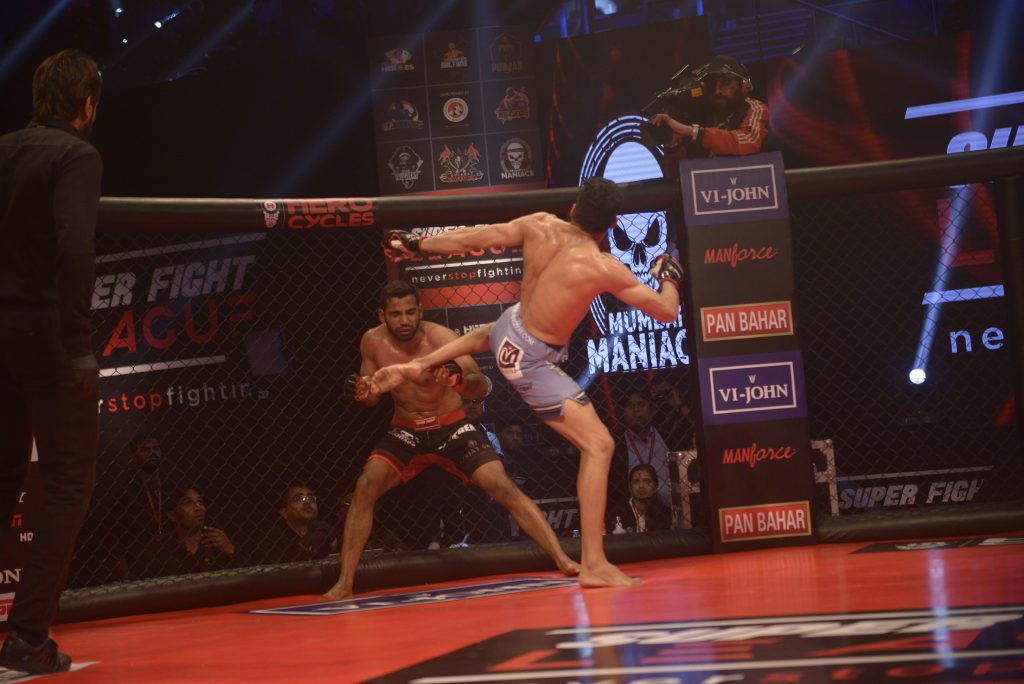 Kario started off with a wide stance, looking for a take down, which he managed to secure early in the first round. Kario used his weight to his advantage, often smothering Irfan and found himself leading on the score cards by the end of round 2. The more experienced Irfan found it difficult to get back into the fight, and during the second round, felt the effects of a bruised rib from his previous fight.

In the opening minutes of the final round, Isaac managed to stop the captain of Mumbai Maniacs, which set the tone for the rest of the evening.

Manjit Kolekar – The lone bright spot for the Mumbai Maniacs

Yet another winner of the SFL Challengers, Manjit Kolekar fought in the flyweight division, as she faced a familiar face in Monika Sharma. Manjit had bulldozed her way through the opposition in the past, and made quick work of her opponent during her first fight. Desperately needing some points on the board, Manjit stepped inside the cage, and yet again proved why she is arguably India’s best – and most well known fighter.

Manjit, who became the first Indian fighter to fight for Invicta FC, tried to make quick work of Monika. Primarily a striker, Monika tried to keep her distance, but Manjit succeeded in taking the fight to the ground, and nearly finished her opponent in the opening minutes with some good ground and pound, and later an RNC attempt, but Monika managed to hang on.