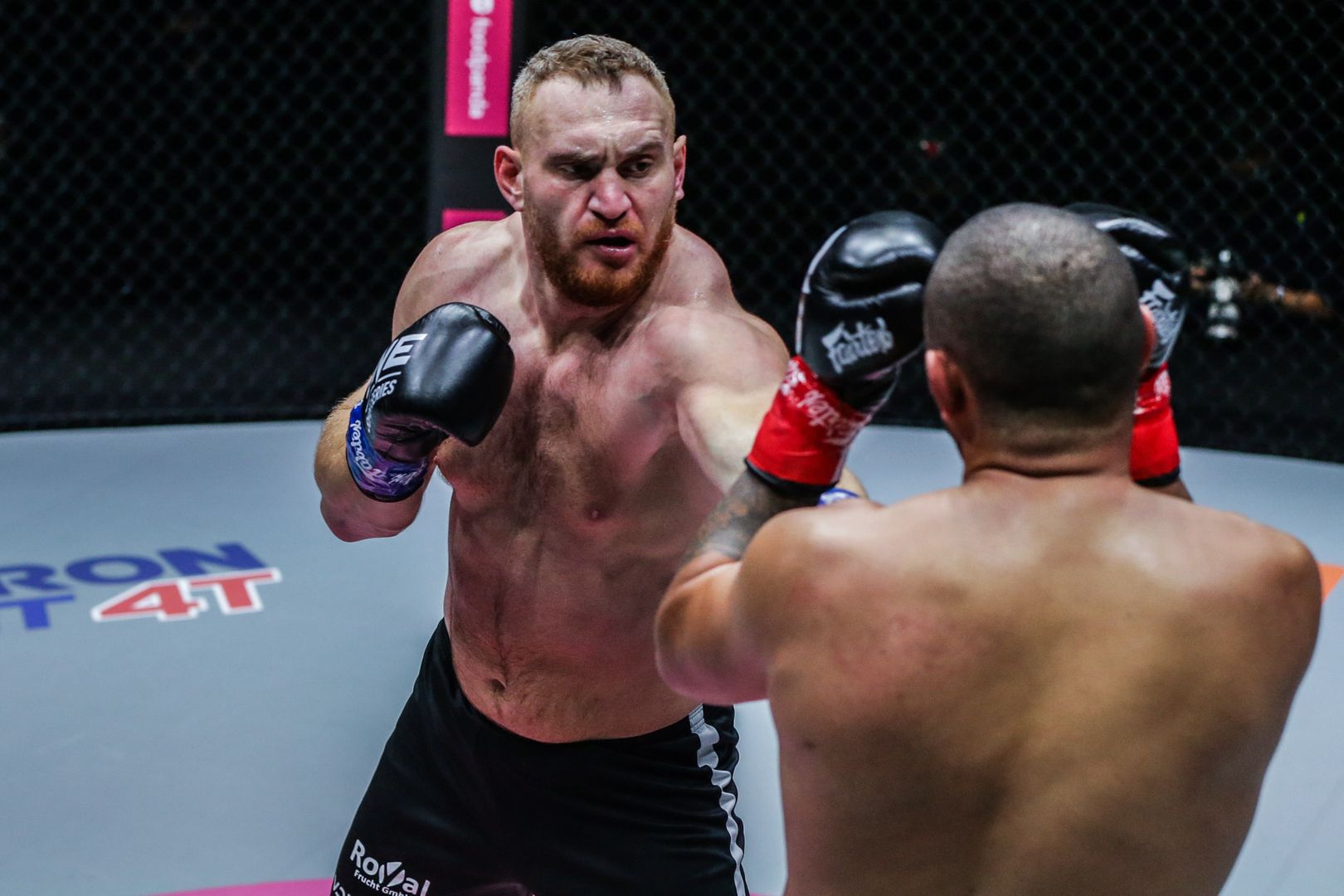 Murat “The Butcher” Aygun is eager to finally fight for the ONE Light Heavyweight Kickboxing World Championship. It’s been a goal a long time in the making, but this bout couldn’t come soon enough.

He will face ONE Light Heavyweight Kickboxing World Champion Roman Kryklia in the co-main event of ONE: FULL CIRCLE this Friday, 25 February, at the Singapore Indoor Stadium.

“The Butcher” had an exciting win over Anderson “Braddock” Silva in his debut fight in ONE, bringing his record to 17-1. Silva stepped in as a replacement for Kryklia, and that fight was just the beginning of Aygun’s back-and-forth with Kryklia.

The two were intended to meet three times, but fate had other plans. Now, they will finally enter the Circle, and only one will leave with the belt around their waist.

“This is the biggest fight of my career,” Aygun said. “The belt means everything to me. I have many belts, but this is the one from the greatest organization, and this is what I want.”

The Ukrainian Roman Kryklia is an impressive opponent, winning the ONE Light Heavyweight Kickboxing World Championship via a second-round TKO over Tarik “The Tank” Khbabez and retaining it with a five-round victory over Andrei “Mister KO” Stoica by unanimous decision.

However, Aygun is not intimidated by his opponent’s accolades.

The Dutch-Turkish fighter will not allow any doubt to enter his mind and remains focused on his ultimate goal of obtaining the belt.

“The greatest power is often simple patience!” he said in an Instagram post. “I hope to get the belt, bring it to my country and earn it. Let’s finish this job now.”

The former ISKA Kickboxing World Champion hopes to make a statement with this fight. However, he knows it is essential to play a strategic game with such an intelligent opponent.

“The one that will win this fight will be the one who puts the most heart into it, and that will be me. I would like it if I knock him out, but you don’t go for that. It’s a five-round game. You must be tactical,” Aygun said.