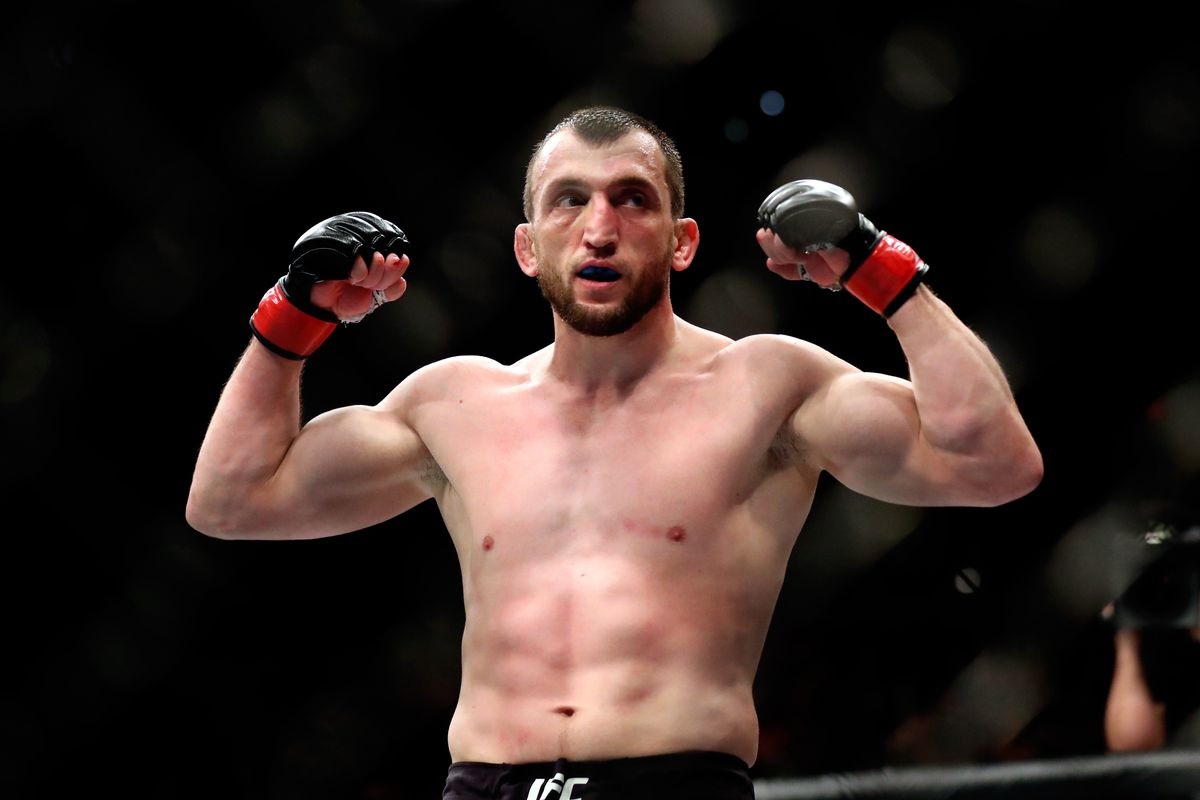 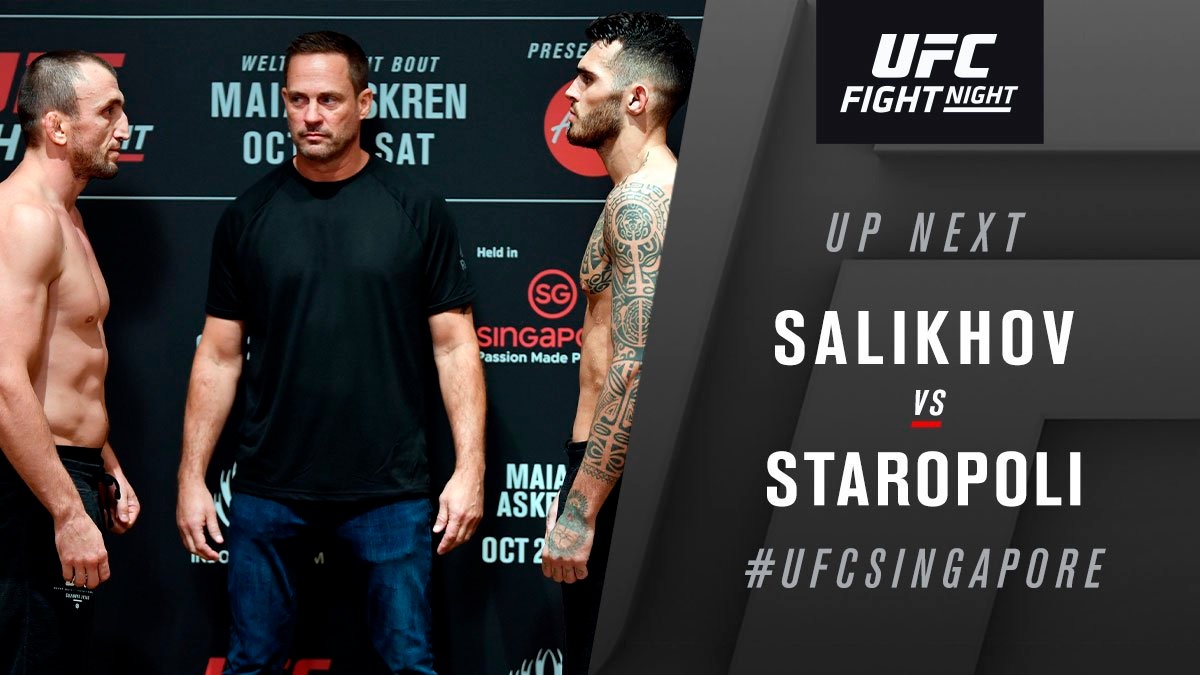 What a fantastic main card opener fight between welterweights Muslim Salikhov and Laureano Staropoli who’re both on back-to-back winning streaks. Salikhov having finished both his last two fights via knockouts enters the fight as a fan favourite while Staropoli took the decisions home. Salikhov opens up the first round with a spinning back kick, which he’s known for knocking out his opponents. Staropoli evades like a matador with his quick agility. He’s light on his feet, moving in and out of Salikhov’s range. But the pressure from ‘The King of Kung-Fu’ pushes him backwards as Salikhov charges ahead with his well timed strikes. Staropoli tries to throw a spinning wheel kick of his own but Salikhov is nowhere near the target. This time the Russian perfectly lands the spinning back kick right into Staropoli’s body. The first round is turning into a thrilling display of power spinning kicks but there’s more to come in the rounds ahead.

Salikhov continues to pressure Staropoli with his combinations and back him up to the cage. In a wild exchange, Salikhov lands a huge right uppercut just when Staropoli tries to duck and point his chin towards the canvas. Staropoli is hurt and Salikhov smells blood. He unleashes flurry of punches and kicks but the Argentinian is tough as nails. He survives as he circle away from the danger zone. As the final round opens up, Staropoli quickly takes the center of the cage to begin pressuring Salikhov. He’s behind the scorecard and displays a sense of urgency to quickly finish the fight by giving everything he has. But its too late for him to get ahead on the judge’s scorecard who unanimously score the win in the favour of Salikhov.

How is he still standing?!