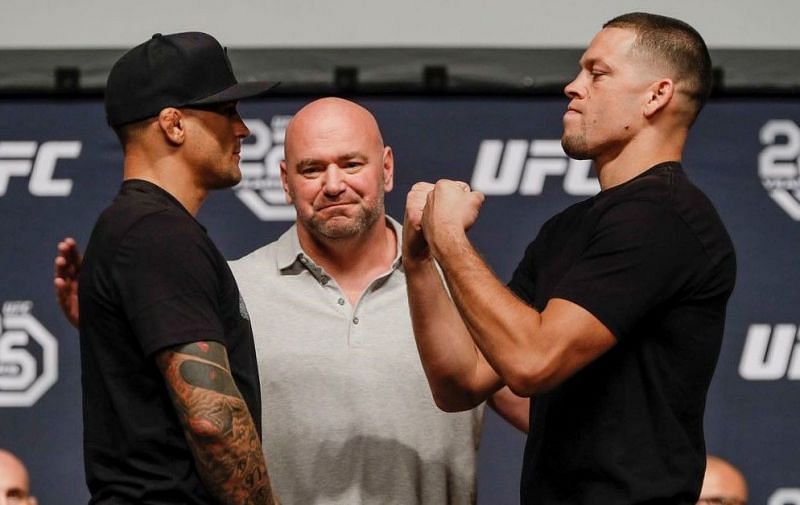 UFC superstar Nate Diaz has anonymously called out Dustin Poirier for a fight but in the Middleweight category which is not their natural weight class. 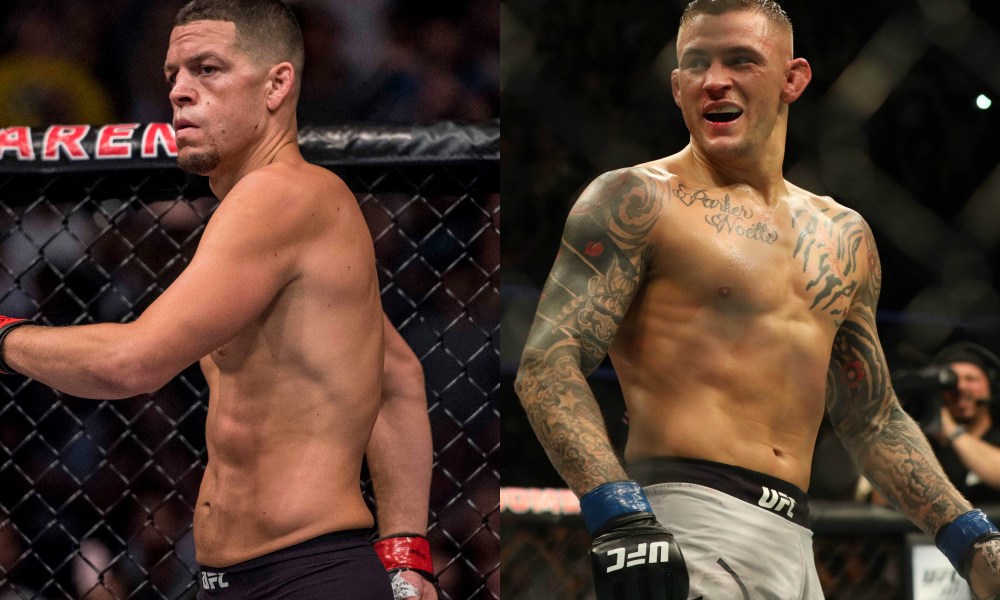 One of the biggest UFC superstars Nate Diaz is usually the one to get called out but after UFC 264, Diaz has set his eyes on his next target which is Dustin Poirier. At UFC 264, Dustin Poirier settled his score with arch-rival Conor Mcgregor by taking the lead in their fighting series. Conor and Dustin fought each other three times and now the series is probably rested in 2-1 with Poirier winning the last two fights against Conor by finishes. 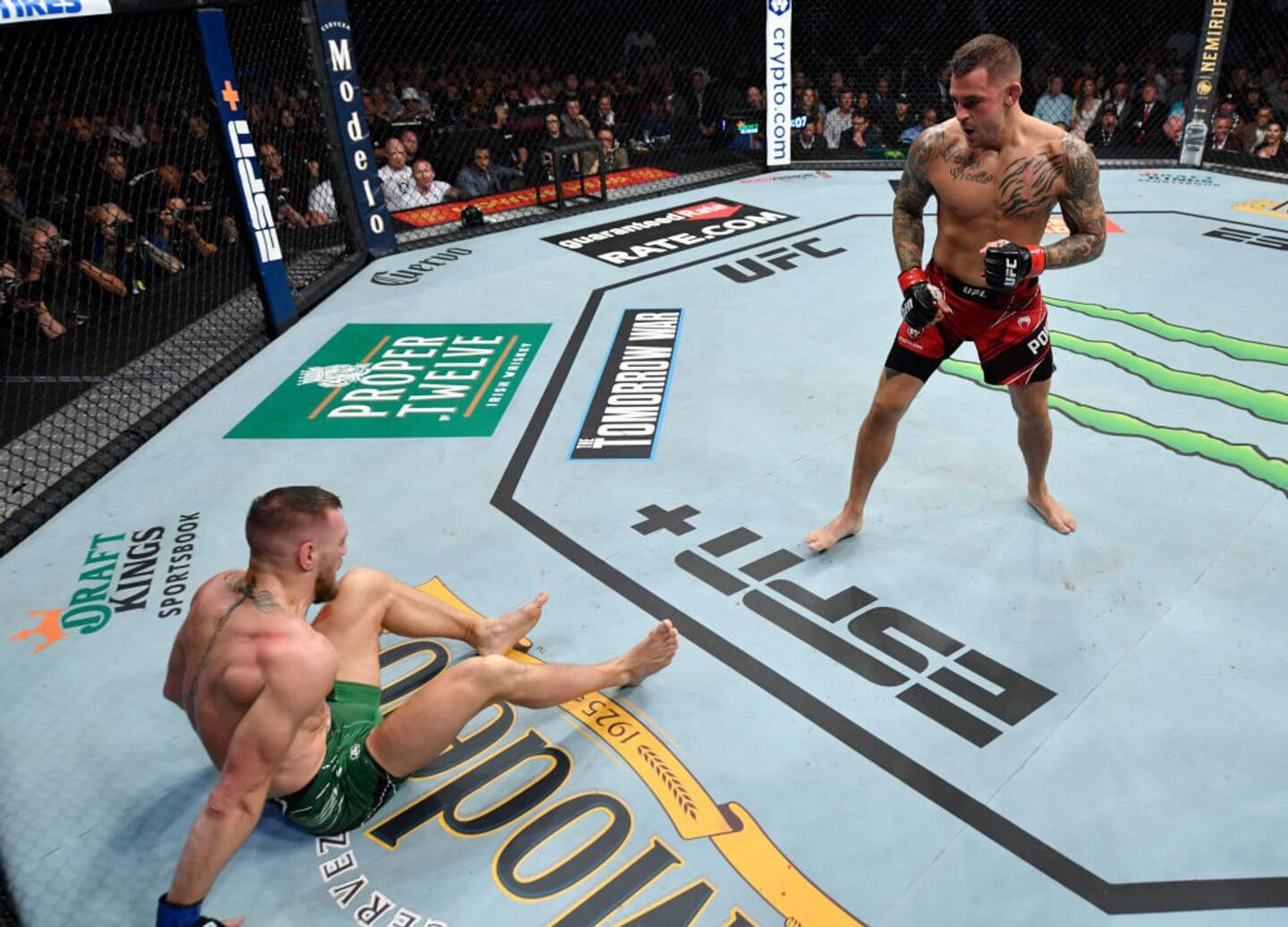 Though the outcome of the last fight came due to doctor stoppage and it wasn’t much satisfying for the fans and neither to Dustin, But Dustin dominated Conor in the first round and the judges scored that round 10-8 for Dustin.

Dustin Poirier’s last performances were two dominant ones which might be the reason why Nate Diaz is interested to fight him. Though Nate’s callout was quite surprising and all so didn’t make sense as he stated that he wanted to fight at middleweight. Dustin fights at lightweight whereas Diaz fights at welterweight and lightweight. Dustin responded to this callout by saying that he can touch Nate at any weight class.

I'd touch you up at any weight

“I’d touch you up at any weight”

Nate Diaz and Dustin Poirier have a little history between them as they were both scheduled to fight each other in 2018. After a two-year-long layoff, it was announced that Diaz was expected to return on November 3 against Dustin Poirier in a lightweight bout. The bout was expected to be the co-main event of UFC 230. However, on October 9, 2018, it was announced that Poirier pulled out due to injury and as a result, the bout was canceled.

Nate Diaz then returned to the competition at UFC 241. He faced Anthony Pettis in a welterweight bout which served as the co-main event. With a dominant performance, he won the fight by unanimous decision. After he announced his famous BMF title fight and said he wanted to defend it against Jorge Masvidal. The fight was then made official by the UFC and they both fought three months later at UFC 244. That fight was ended by the doctor’s stoppage and but Masvidal was winning the fight till that moment. 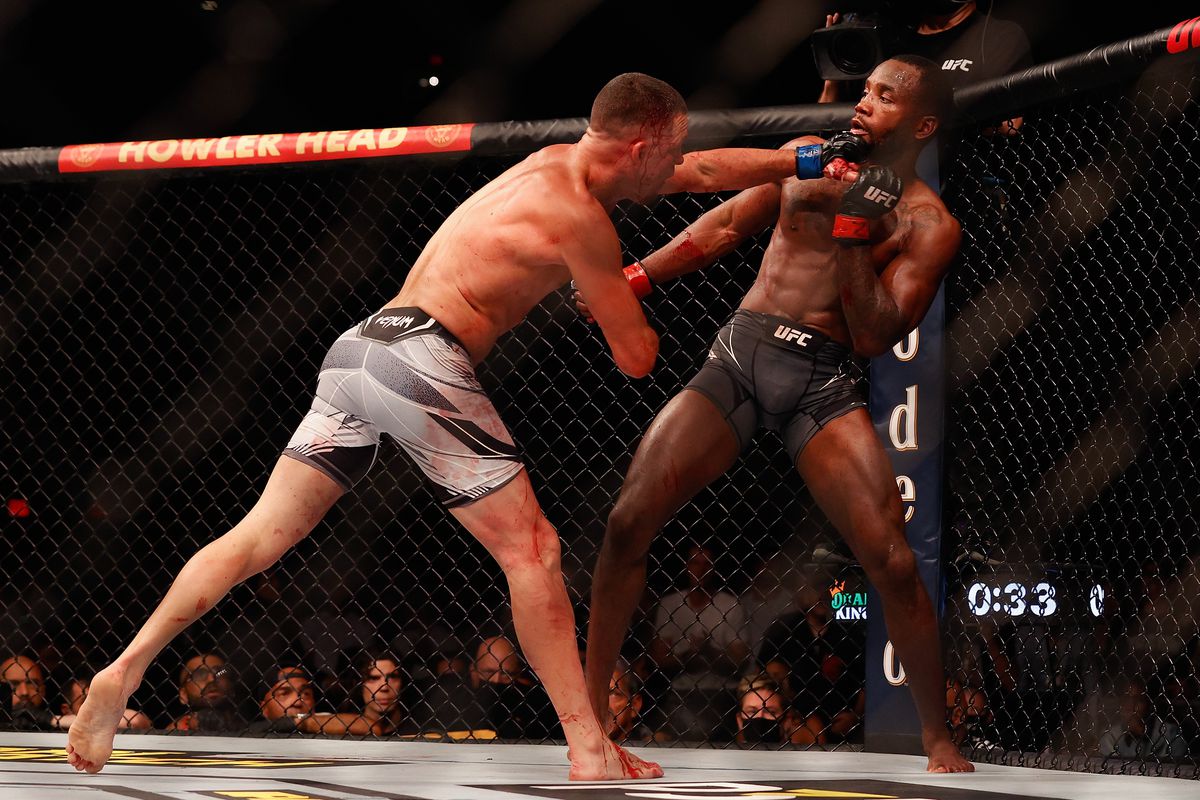 In his last fight, Nate fought Leon Edwards in the UFC’s first-ever non-title, non-main event five rounds fight. He lost the fight via decision but had an amazing last round as he was about to finish Edwards. Dustin Poirier last fought just a few days ago against Conor Mcgregor and won the fight via TKO due to the doctor’s stoppage.

It doesn’t seem that these guys will be fighting each other anytime soon. As they are both separated by the weight classes and also they are at different stages of their career. Nate is fighting top guys and hasn’t won in the last 2 years whereas Dustin is on an amazing winning streak and is probably going to fight for the lightweight title next.