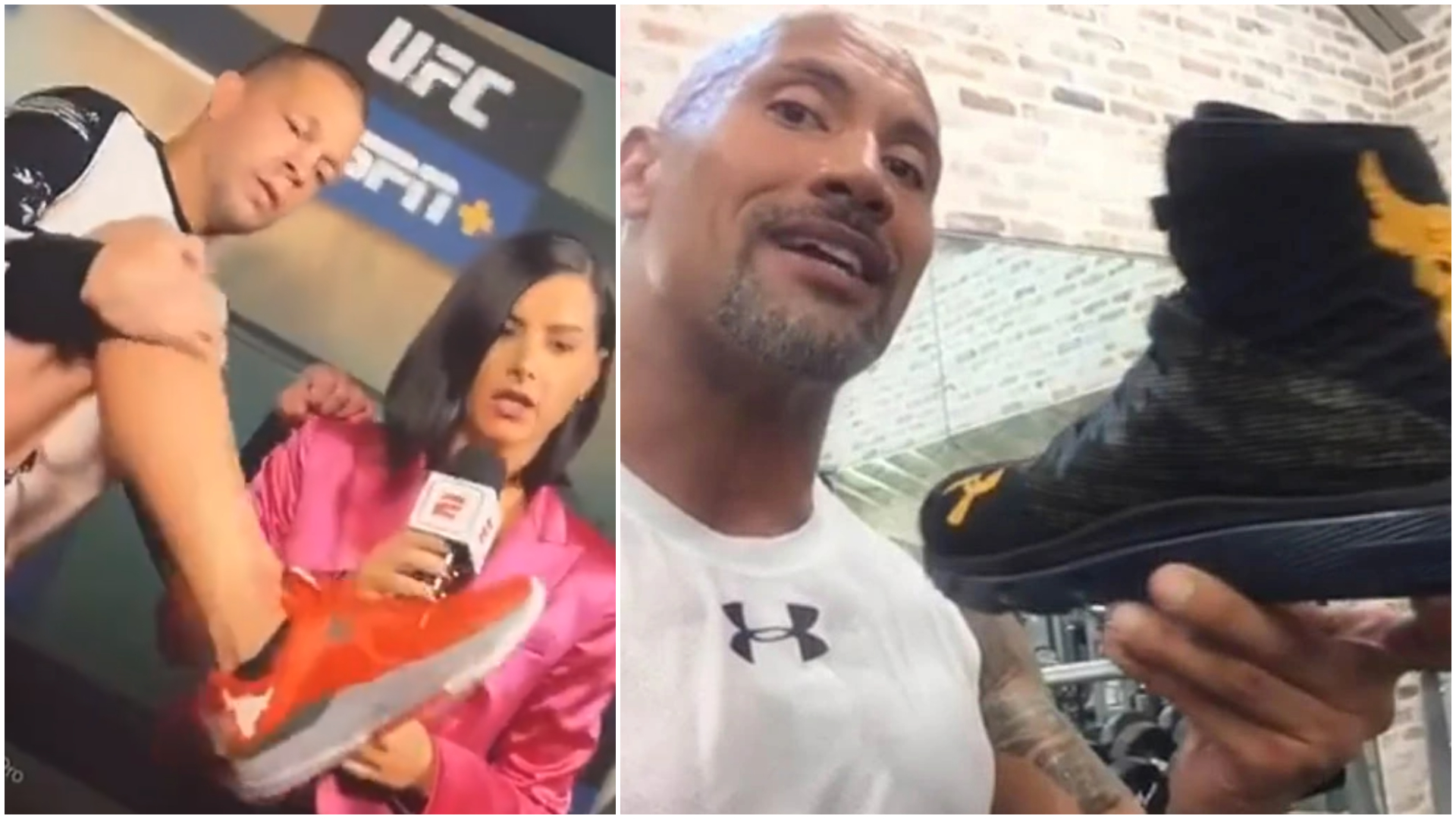 UFC star Nate Diaz recently took a shot at WWE legend and Hollywood megastar Dwayne ‘The Rock’ Johnson ahead of his bout against Tony Ferguson. It has been announced that Diaz (20-13) is set to face former interim lightweight champion Tony Ferguson (25-7) in the main event of UFC 279 inside T-Mobile Arena. He was initially scheduled to face rising Chechen-Swedish contender Khamzat Chimaev at UFC 279 in Las Vegas, but Chimaev missed weight on Friday. Nate Diaz opened up on the new trainers endorsed by ‘The Great One.’

After the fallout from Diaz’s fight with Chimaev being canceled and him turning his attention at late notice to Ferguson, the UFC veteran was doing an interview about his new opponent with ESPN.

At the end of the interview, Diaz caught everyone off guard when he took off his shoes and showed them to the camera saying: “These shoes f****** suck! Look at these shoes. They made me put this s*** on. F*** these shoes!”

What they didn’t show in the interview pic.twitter.com/QdpwmMkizn

Earlier in the year, the UFC announced that ‘Project Rock’, the motivational performance brand created by The Rock would be the official footwear partner of the UFC. This goes some way to explaining Diaz’s outburst, as he has a bitter history with The Rock stemming back to his clash with Jorge Masvidal back in November 2019 at UFC 244.

The pair competed for the ‘Bad Motherf*****’ title and after Masvidal won, The Rock was there to present him with the belt.

”F**k The Rock too, man,” Diaz said at the time. “That motherf**ker over here playing me. See him over here smiling with Masvidal.

“Should have had Mike Tyson handing out a belt if anybody. I don’t give a f**k about any belt anyway, but he can get it too.”

The Rock had also responded to Diaz’s insults at the time, saying: “I wasn’t surprised at Nate’s comments because that’s the Nate Diaz that we all know and love. He is as advertised. Nate, he gets it. He knows that me and Jorge we’re boys, we’re from Miami. We have a lot of deep connections down there.”