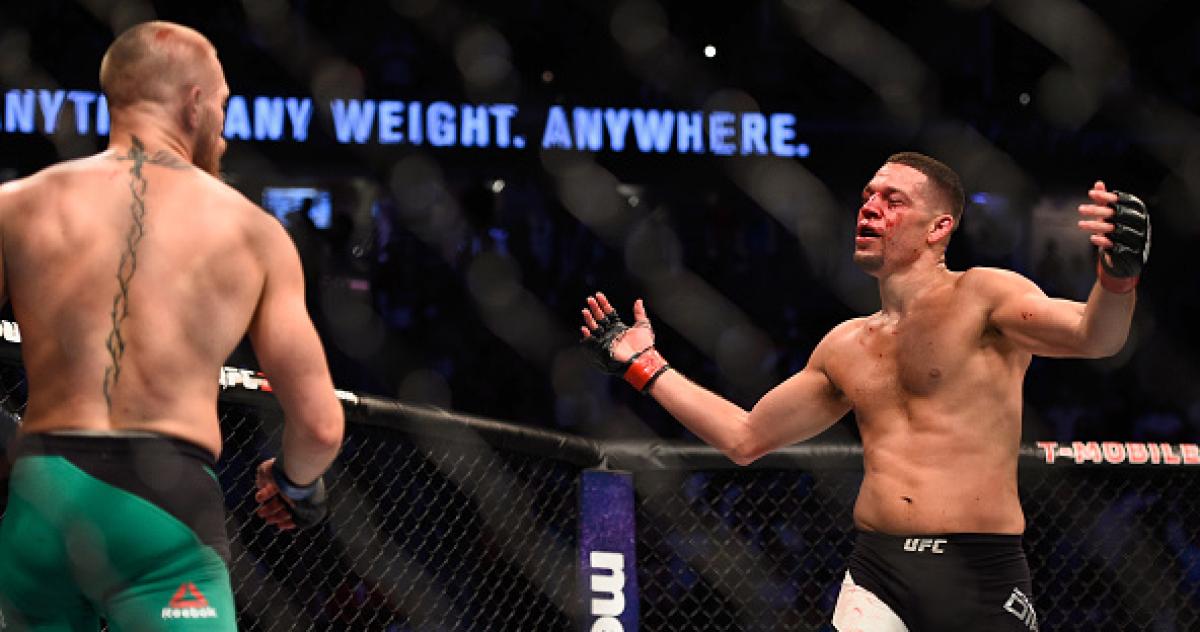 UFC 222 is currently short of a headlining bout and if certain reports and rumors are to be believed then Nate Diaz might soon be re-entering the octagon to save the main-event of UFC 222. According to noted combat sports journalist Lance Pugmire of the Los Angeles Times, Nate Diaz is interested in headlining the UFC PPV on March 3 at the T-Mobile arena.

The event was previously scheduled to be headlined by a highly anticipated fight between Max Holloway and Frankie Edgar. However, Holloway was forced to pull out of the fight due to a leg injury. It’s still to be seen whether Edgar will be kept on the fight card or not. 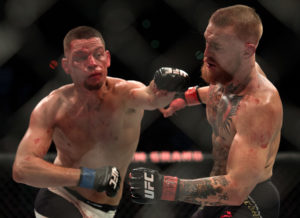 The news about the Stockton native making a potential comeback has spread through the internet like wildfire. Fans and pundits alike are excited about the possibility of watching Nate in action again. The news was broken by Lance Pugmire in his tweet. The reporter tweeted the following:

“The best option to fill in for Max Holloway void at UFC 222 is Nate Diaz and he tells me he’s 100% interested….make it happen UFC”

Diaz who last fought and lost a close-decision to bitter rival Conor McGregor hasn’t fought in the UFC for over a year. He was reportedly holding out for a $20 million pay-out for his fights. However, this demand was rejected by the UFC. It’s still to be seen whether the UFC can come to term with the younger Diaz’s high wage demands or not. Though, the prospect of Diaz returning to headline UFC 222 is surely mouth-watering.

Below is the tweet by Lance Pugmire that created sensation: 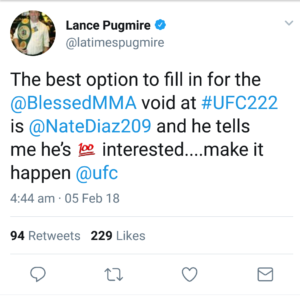