UFC: Watch: UFC’s insane Nate Diaz promo will get you pumped for his return! 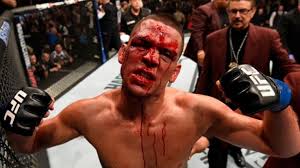 Fan favorite and Stockton’s own Nate Diaz is expected to finally make his much anticipated return as he is slated to take on former lightweight king Anthony ‘Showtime’ Pettis in a welterweight bout. 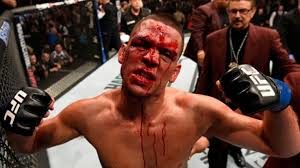 Diaz might have a weird relationship with the UFC, however still UFC on their Instagram profile, uploaded a promo featuring Diaz and some of his best performances. (via Twitter):

Diaz has not fought since losing a rematch to Conor McGregor by majority decision at UFC 202 back in August 2016. In their first meeting, Diaz defeated McGregor by second-round submission. The rivalry produced two of the most successful pay-per-views in UFC history. Diaz has always been loosely associated with a trilogy against former double champ ‘The Notorious’ Conor McGregor.

Previous articleWatch: Who blinks first in an intense staredown: Gus or Anthony Smith?
Next articleFrankie Edgar predicts how Max Holloway fight will go