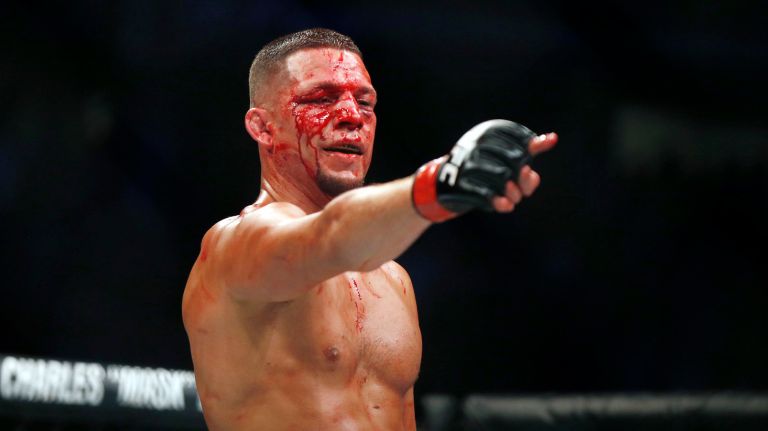 Conor McGregor is without a doubt the biggest star in the UFC. His stardom has eclipsed the MMA community and has become a global sensation. His stardom came with his success inside the Octagon. 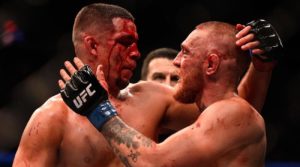 He became the UFC featherweight champion by knocking out Jose Aldo in 13 seconds and then he beat Eddie Alvarez to win UFC lightweight title. Despite all this, Nate Diaz believes that Conor McGregor was offered opportunities on a silver platter.

“What am I reaching for now? That’s what I’m saying. I hit the top and then they’re asking me to do this downgraded s**t,” Diaz said to Brett Okamoto ESPN. “I’m like, okay I see what’s happening here, downgrading me. Degrading my whole—No one’s seeing that and they’re making it look like I’m complaining. I never called. I never called you guys. You guys called me. ‘Hey, what’s up? We know we’re f*****g rude f***s and we weeded you away and we made you disappear with the Mayweather-McGregor… And Eddie Alvarez, that was a good matchup, that was an easy win for him. He just was put in all the right places. I’m not even f*****g hating on that, that’s cool as hell. It’s cool he’s doing what he did and whatever. But you’re a spoiled little b***h though because they handed you all that. You didn’t do s**t.”

Nate Diaz talked about how Conor McGregor easily got the fights that he wanted.

“If you came from where I came from, from the beginning, you wouldn’t have even made it into the fight. The first one. I’m like, throw me some f*****g love out here from time to time. It’s not only love, but it’s just like, ooh look, title fight with Eddie. Eddie’s easy. I beat (McGregor) in between when he knocked out (Jose) Aldo, I f****d him up, beat him again but lost, then he fights for a title. Then he fights Mayweather. And then they’re like, ‘F*****g, this guy’s turning down fights.’ Is that not a kick in the ass? Hold up. I don’t need to be a part of none of that. But can I get a compliment?” (H/T – BJPenn.com)

Do you guys agree with Nate Diaz?