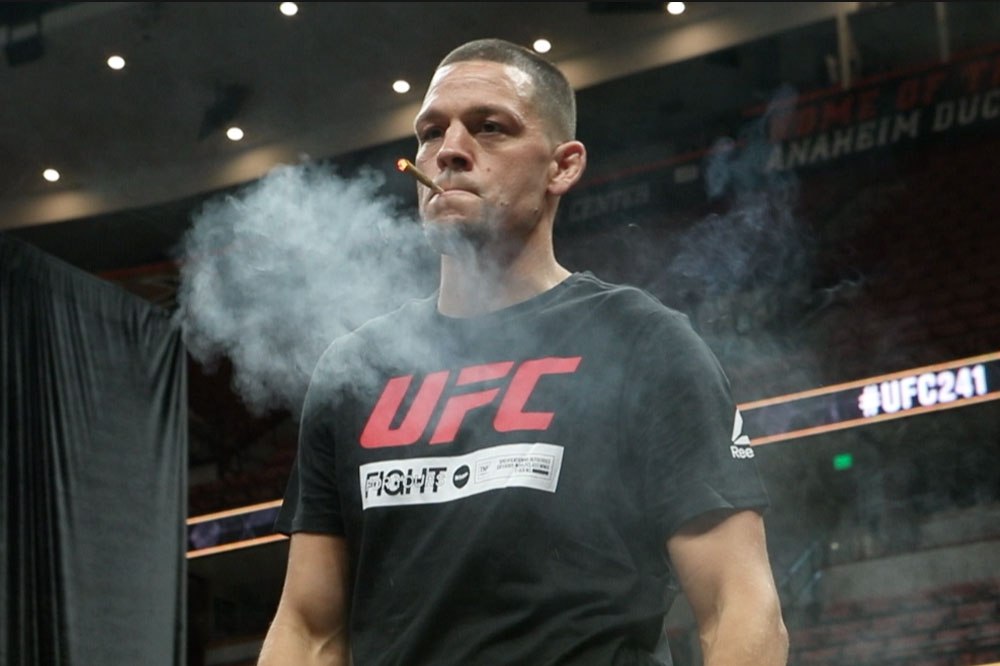 UFC Superstar Nate Diaz has taken full advantage of his fight location and was smoking a joint at UFC 263 press conference ahead of his fight against Leon Edwards.

UFC’s Fan Favourite fighter Nate Diaz will be back this weekend fighting one of the top contenders in the welterweight division. This is one of the most intriguing matchups. Leon Edwards is one of the best welterweights on the planet at the moment, now he has got himself a big fight against a certified UFC superstar Nate Diaz. Nate and his elder brother Nick have also supported Marijuana smoking and have been suspended for the same.

During UFC 263 press conference Nate was seen smoking a joint right between the press conference. As the fight takes place at Gila River Arena in Glendale, Arizona the rules there for smoking before the fight is lenient as compared to other places. He also offered UFC flyweight title contender, Brandon Moreno but he declined the offer to smoke.

“Man, this guy is amazing. This is the first time I’ve met Nate and he’s an amazing person bro,” Moreno said at the press conference after first bumping Diaz.

Nate Diaz (@NateDiaz209) was smoking marijuana on stage not CBD, his team tells me. Its his own brand, Kill_4209. Rules in Arizona allow him to smoke closer up to the fight than other states.

“Nate Diaz (@NateDiaz209) was smoking marijuana on stage not CBD, his team tells me. Its his own brand, Kill_4209. Rules in Arizona allow him to smoke closer up to the fight than other states.”

Many people were questioning what he was exactly smoking to which he replied by saying it was his brand.

Diaz has got in trouble for smoking before in his career. At the UFC 202 post-fight press conference, Diaz violated the USADA rule by smoking CBD, vape pen within four hours after a fight. He was not sanctioned as CBD is not considered a PED. USADA changed its rules and lifted CBD from the banned list not long after. 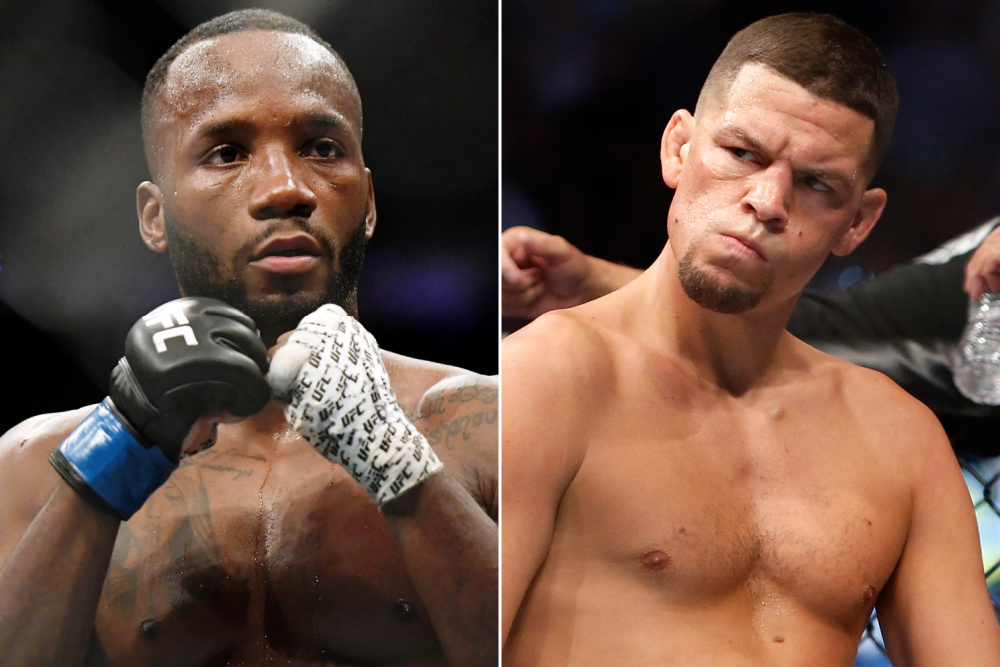 This fight against Leon is an important fight for Diaz, who is in the latter part of his career as a win at UFC 263 can put him right in the title picture in the Welterweight division.

Speaking to Submission Radio, Dana White confirmed that the winner of Diaz vs. Edwards this weekend will be next up for the UFC welterweight title shot after Colby Covington

“Colby is the number one contender. We did the (Jorge) Masvidal fight, (Kamaru) Usman wanted that fight back. Colby Covington, the fight with Colby and Usman is one of the best fights I’ve ever seen in my life. He’s the No.1 contender. It’s the fight to make. Whoever wins is next after Colby,” White said.