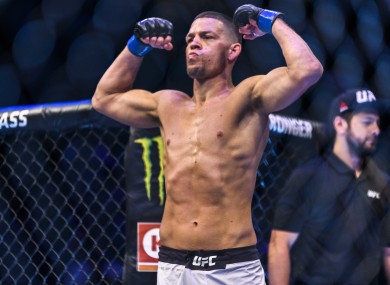 Popular UFC fighter Nate Diaz truly shot to mainstream international fam after his heated rivalry and two fight wars with superstar Conor McGregor. There have long been rumours and plenty of hearsay about a potential third fight, a rubber match between the duo. However, Diaz, for now, has seemingly shot down the idea and he is undecided about his future fights after UFC 244. 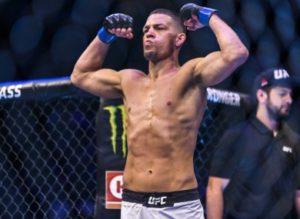 Diaz told MMA Junkie in a recent sitdown interview that he is solely focused on fighting Jorge Masvidal for the BMF belt right now and is not planning any future fights yet. Here’s what he had to say:

Previous articlePhoto: Henry Cejudo trolls Dominick Cruz; tells him to bend the knee
Next articleJorge Masvidal trolls Colby Covington that Donald Trump is coming to see him UFC 244 and not UFC 245