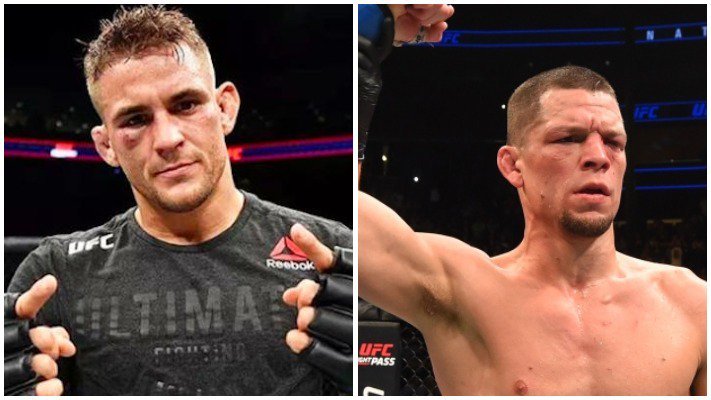 It looks like we finally have the main event for UFC 230.

The long search for the main event for UFC 230 has finally come to an end as Nate Diaz took to Twitter to announce that he will be fighting Dustin Poirier at the Madison Square Garden for the inaugural UFC 165 pound title.

“I’m happy to announce that I’m bringing a new weight [division] to the UFC,” Diaz wrote late Tuesday night. “I’ll be fighting the main event November 3rd in NYC against Dustin Poirier for the first ever 165 lb belt superfighter division. I’m happy to be a part of history.”

Dustin Poirier went ahead to confirm Nate Diaz’s statement saying he is indeed fighting for the inaugural 165-pound title.

Dustin Poirier last fought against Eddie Alvarez at UFC Fight Night in July, where he won the fight via second-round TKO.

Meanwhile, Nate Diaz will be returning to the Octagon after two years ever since he lost his fight against Conor McGregor at UFC 202.