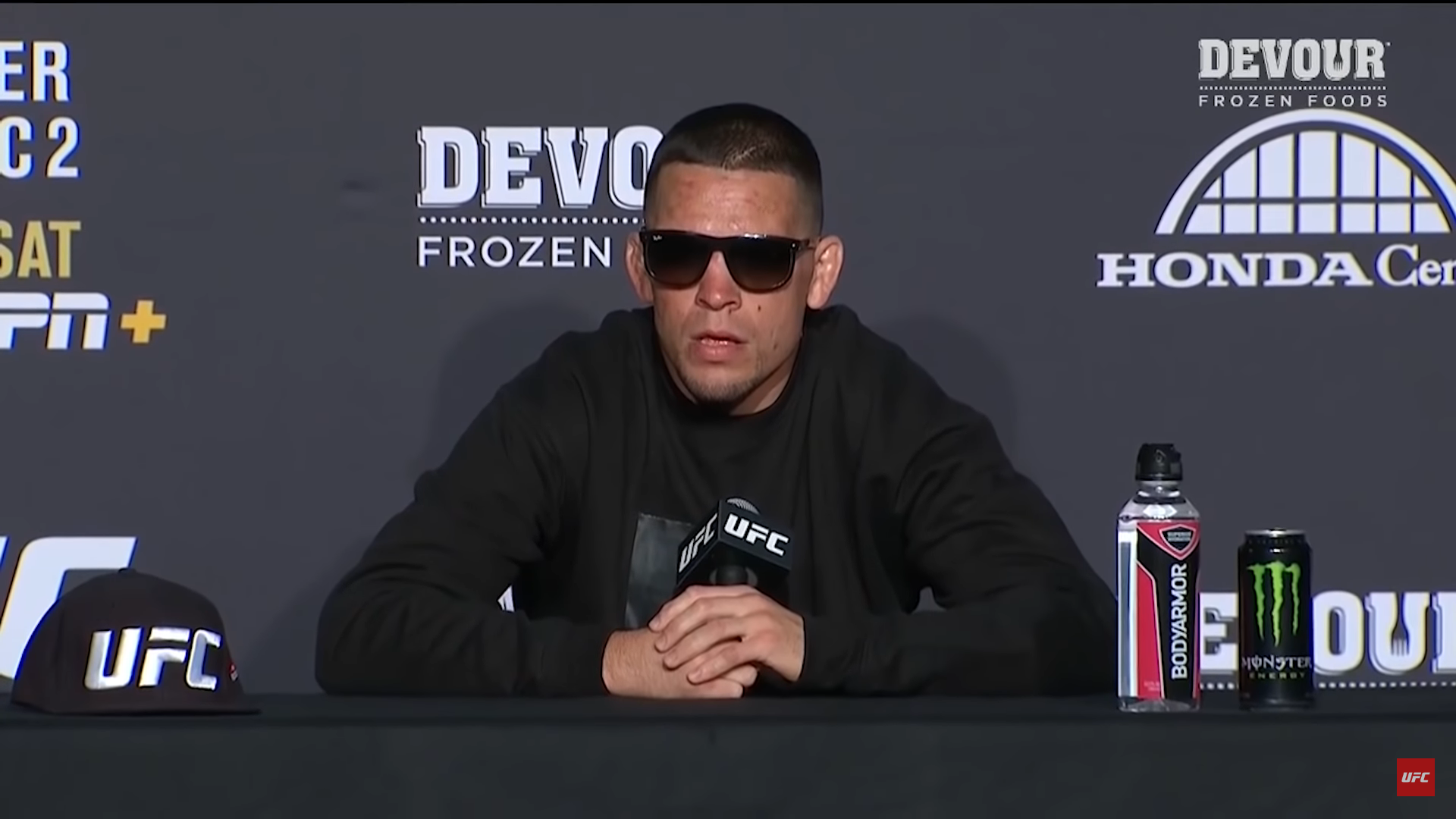 Nate Diaz – the UFC’s anti-hero made his Octagon return after three long years and defeated former lightweight champion Anthony Pettis via unanimous decision at the co-main event of UFC 241 in Anaheim, California.

This was his first win in over three years. His last victory was against Conor McGregor at UFC 196 in 2016 where Diaz caused a huge upset by submitting the Irishmen in the second third. 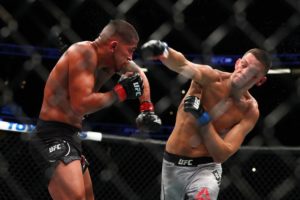 Following his victory, Diaz called out the ‘East Coast Gangster’ Jorge Masvidal for a fight next.

At the post-fight press conference, Diaz highlighted why Masvidal is a worthy challenger.

“You’ve got to recognize who is the best and who the best in the game is…and it’s not who they’re saying it is…it’s who I’m saying it is,” said.

“It’s the guys that have been in here forever and who are still on top of the game. Pettis just knocked out Thompson who was just fighting for the 170 title a whole bunch of times. He fought Pettis and Pettis knocked his ass out real quick. Who’s the real baddest in the 170 division? They were trying to pump up dude and then Masvidal goes in there and knocks his ass out. I started fighting in 2004 I think…I think…and then he’s been around since then and maybe a little longer. He just did that and I just did that, so that’s the best fighter to me; the best martial artist that’s still on top of the game.”

He also said that if UFC can arrange it, he is ready to fight Masvidal next month.

“If everything works out how it’s supposed to work out, then sh*t, I’ll fight next month,” he said. “If nobody is in a hurry to get this done and do it right and treat it like it’s meant to be treated, I ain’t in no rush. It’s not going to be me who is sitting out; it’s gonna be them holding me out or people not jumping on it and trying to get it done. That’s where I’ve been for the last three years because I never stopped training camps. Nobody was showing me anything for being the best fighter in the world, which I am, just like Masvidal, that’s what I’m saying.”

“Why is nobody like, ‘What? That’s the guy to fight, he just beat the best guy and he’s been around doing this the whole time.’ I’m the best martial artist in the world, I’m not like these hold onto you wrestlers who are going to hold you and hopefully win a round and find a loophole to winning these fights and putting belts on their waists,” he added. “Now we’re fighting for the ‘Baddest motherf*cker in the game’ belt and that’s mine…I’d like to defend it against Jorge Masvidal. Baddest motherf*ckers, that’s how we’re going to do this.” (H/T – MMAFighting.com)

When do you guys want to see both square off next?

Stipe Miocic trolls himself; says he ‘fought like a bitch’ against Cormier early on

Previous articleStipe Miocic trolls himself; says he ‘fought like a bitch’ against Cormier early on
Next articleUFC: Dana White recaps DC vs Miocic 2; willing to fly Paulo Costa to Melbourne for UFC 243