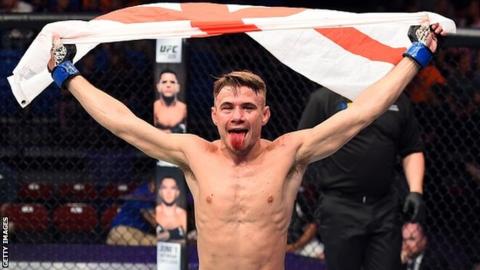 The UFC Fight Night on ESPN+ 5 card in London, England is shaping up pretty well.

Earlier this month, the card finalised it’s main and co-main event featuring four top welterweights. The UFC had a pre-fight conference for the same with few fighters on the card. The conference however had a surprisingly familiar face in former Cage Warriors bantamweight champion Nathaniel Wood. Obviously there for a reason, Wood himself announced that he would take on the TUF Latin America Season 1 semifinalist Jose Quinonez. 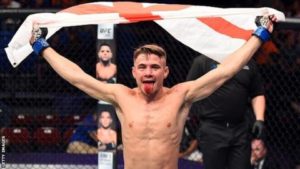 For someone having a nickname ‘The Prospect’, Wood has certainly paid justice to it being 2-0 under the UFC banner. In what would be a quick turnaround, after a fantastic win at UFC 232, Wood would love to make it three in a row. Wood,  predominantly a striker, is coming of two submission victories over Johnny Eduardo and Andre Ewell. (via Twitter):

"The Prospect" will return to action at UFC Fight Night 147 in London.

Quinonez on the other hand, will have to enter enemy territory. Quinonez is riding a pretty impressive four-fight winning streak,  his last one being against Teruto Ishihara at UFC 221 almost a year ago in February 2018.

UFC: Gillian Robertson vs Veronica Macedo in the works for UFC Prague on February 23