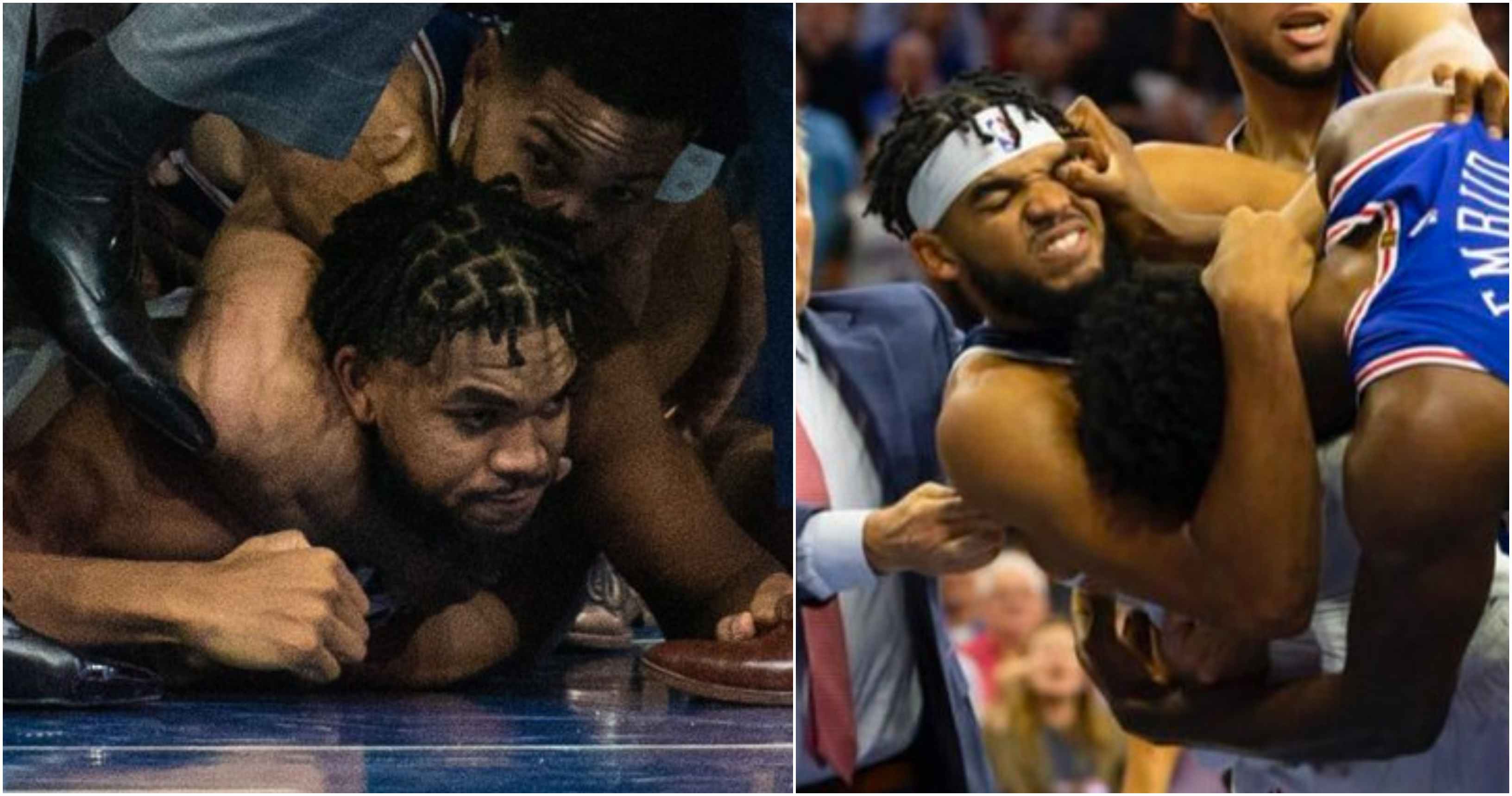 Philadelphia 76ers point guard Ben Simmons and the sixers Center Joel Embiid got into a massive brawl at the Wells Fargo Center against Karl Anthony Towns of the Minnesota Timberwolves on Thursday morning.

In the third quarter, Embiid double-teamed Karl Anthony Towns and forced him into turnover after which Towns grabbed Embidd and the pair wrestled which resulted in the game being stopped. Soon both the players wrestled and took the fight down on the floor, Ben Simmons joined the action into helping his teammate Embiid as he grabbed Towns into an RNC position. 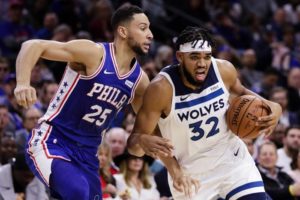 Towns could be seen tapping as Simmons had him into a tight RNC grip. The officials freed the players and both Towns and Embiid were ejected from the game. Embiid was seen shadowboxing on the sidelines and hyping up the crowd. The crowd chanted ‘MVP’ in unison as he went to the locker room through the tunnel.

A full look at the altercation between KAT and Embiid 👀

Both players were ejected. pic.twitter.com/yy9vmdg7VO

After the match, Embiid said that Philadelphia was his city and thanked the crowd for their support.

“I was built for this city and they were built for me. I can thank them enough”.

Eddie Alvarez seemed to have loved what he saw on the court.

The @sixers not finishing submissions tonight is crazy frustrating 🤦‍♂️ 😆😆😆😆😆