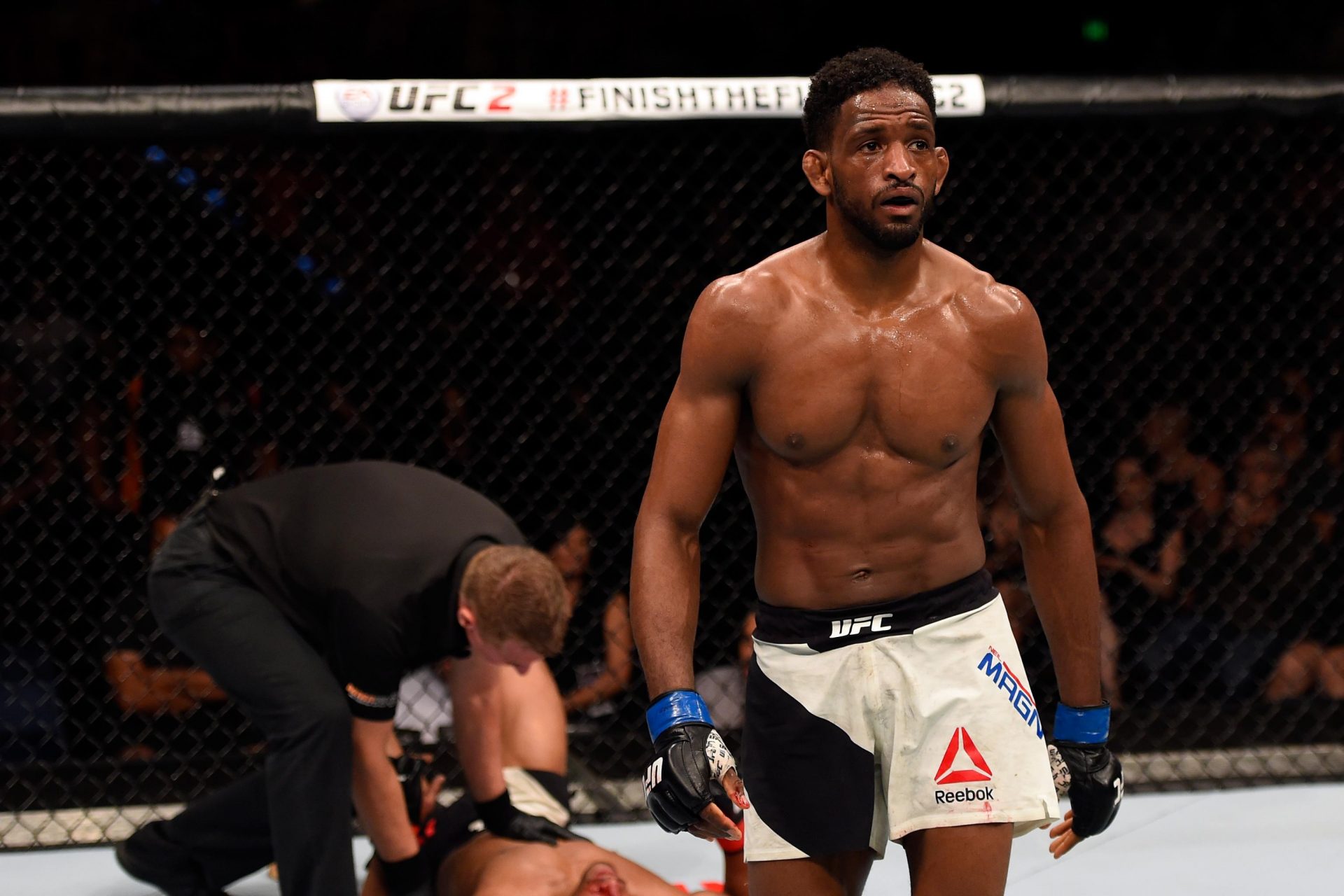 Neil Magny,the surging UFC welterweight hopes to get a top 10 opponent to break in the rankings after a dominant win over Robbie Lawler at UFC Vegas 8

Neil Magny had what was the biggest win of his career against former welterweight champ Robbie Lawler. Magny consistently took Robbie Lawler to the ground and even won the striking clash against one of the UFC’s all-time best welterweight i.e 121-17 in total strikes.

Magny outwrestled and outstruck Lawler over fifteen-minutes to earn a clean sweep on the judges’ scorecards, with all three judges scoring the bout 30-27 in Magny’s favour. 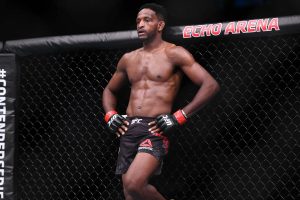 Neil Magny extended his winning streak to three-consecutive fights with a dominating win over Lawler in the fight card’s co-main event. With the win over Lawler, Magny wants to fight a top 10 opponent in his next outing. While talking to media after the fight Magny shared his thoughts regarding his next opponent and how he deserves more respect from the fans.

Neil Magny has 17 wins in the UFC more than the likes of Matt Hughes, Josh Koscheck, Thiago Alves who are veterans of the game, and yet, Magny’s name never comes up in title contention, or even as one of the better welterweights of the past decade.

Neil Magny in the post-fight conference said “I think this is a top-10 performance to get me a top-10 opponent before the year’s over, keep moving forward toward a title shot going into 2021,” Magny told during the post-event conference. “But this is one of those weird things in MMA right now. Everyone feels entitled to fight certain people, but I honestly do not care. If I have to fight one through 10 to get a title shot, I’m ready and willing to do that. Just line them up. I’m ready to go.” 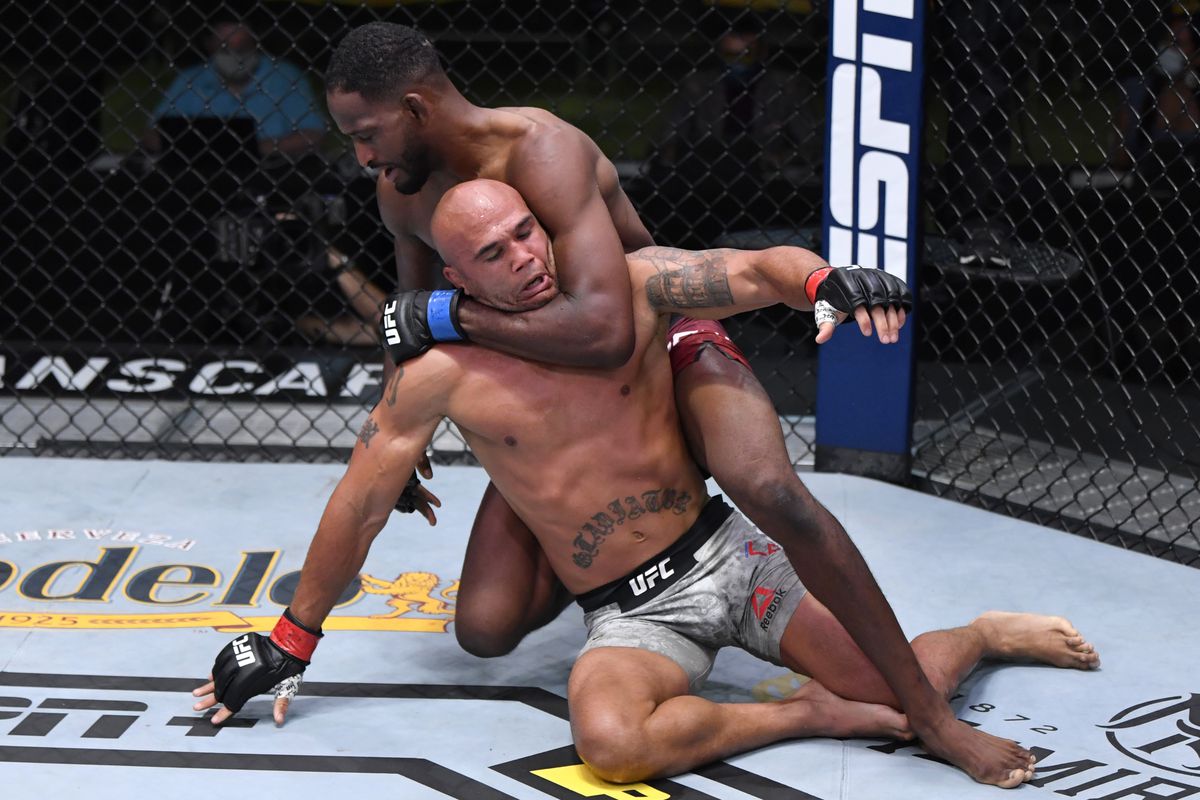 “It’s like a bittersweet moment,” Magny said. “Knowing the kind of legacy Robbie Lawler carries in this sport, it feels amazing. The respect that I have for him, it’s kind of disappointing beating your hero, so to speak. But at the end of the day, I’m happy with the performance, and I’m excited to see what this does for my career.”

Neil Magny, 33, originally was supposed to fight Geoff Neal at UFC on ESPN+ 33, but Neal withdrew from the fight after having an infection. Right after the fight, Neal called out Magny for a fight. To which Magny replied ”

“Yeah, let’s go. (Neal) was the one that was scheduled for this fight,” Magny said. “And that’s kind of the frustrating thing going into this fight, Robbie Lawler was on my radar for years. It popped up on my Facebook a couple of weeks ago that, when he was the champion, I was one of the guys in the group to potentially fight him. … I knew what I was capable of against a guy like Robbie Lawler. It’s just frustrating that it took this long to finally get that fight.”

“The thing that goes with the fight now is everyone wants to say, ‘Oh, well, he’s past his prime. He fought too late. He fought bad.’ No, I fought well. I went out there and did what I knew I could do against a guy like Robbie Lawler whether it was tonight or five years ago. Fighting Geoff Neal, I think, secures it for me, letting me know I can take out these guys that are on hot win streaks and younger guys, as well.”

Neil Magny is currently ranked No. 14 in the UFC welterweight division and hopes to get a fight against a top 10 so that a win over a top welterweight will give Magny a top 10 spot. UFC has something planned for Magny after a win over former champ Robbie Lawler.

Previous articleAnthony Smith ready to come down to middleweight following loss to Rakic
Next articleUFC News: T.J. Dillashaw wants immediate title shot as his return to the octagon nears