NEIL MAGNY VERSUS LI JINGLIANG ADDED TO THE CARD 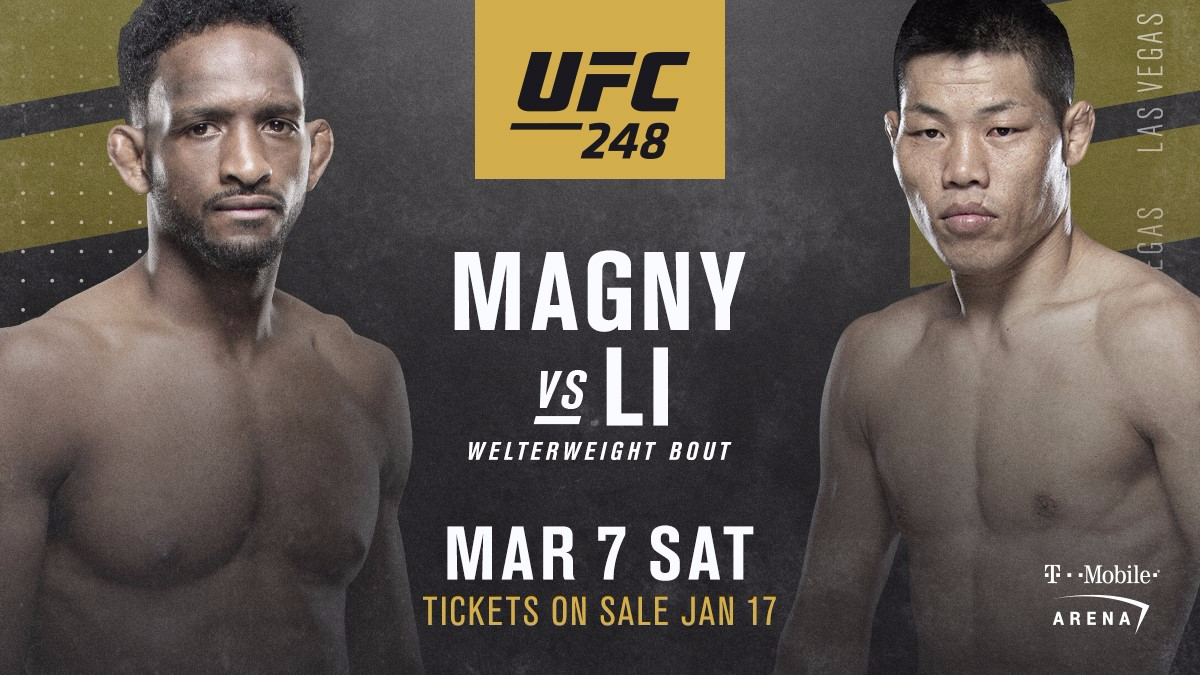 AGAINST JOANNA JEDRZEJCZYK AT UFC 248

NEIL MAGNY VERSUS LI JINGLIANG ADDED TO THE CARD

Officially announced for UFC 248 is a welterweight clash between No. 14 ranked Neil Magny and No. 15 ranked Li “The Leech” Jingliang.

Neil Magny (21-8, USA) launched his UFC career in 2013 after his performances on Ultimate Fighter Season 16. He has racked up a record of 14-6 in UFC with wins over contenders Kelvin Gastelum and Carlos Condit. Magny’s decision over former champion Johnny Hendricks gave him his third Performance of the Night bonus.

As the co-main event of UFC Shenzhen in August, Li “The Leech” Jingliang (16-5, China) defeated number 14 welterweight Elizeu Zaleski Dos Santos to claim his spot in the rankings. The dominant victory put him on a three-fight win streak and earned him a third Performance of the Night Award. Li also has two Fight of the Night awards and UFC 248 will mark his third visit to the fight capital of Las Vegas.

Prior to UFC 248, UFC Fight Night: Felder vs Hooker will take place on February 22 in Auckland, New Zealand featuring a clash of top rankers as No. 6 ranked lightweight Paul Felder (17-4, USA) takes on New Zealand’s own Daniel Hooker (19-8) who sits at No. 7.

Two more rising Chinese fighters are announced for the card.

Australia’s Callan “The Rockstar” Potter (18-8) faces Song “The Assassin” Kenan (15-5, China) at welterweight. Well-rounded finisher Potter is coming off a win at the historic UFC 243 while Song’s strong performance at UFC Shenzen marked him as a new threat in the division.

Previous article
Watch: Henry Cejudo tells ‘fat and depressed’ MMA analysts that he is the fighter of 2019
Next article
Petr Yan warns UFC that Henry Cejudo vs Jose Aldo will be ‘bad for the sport’