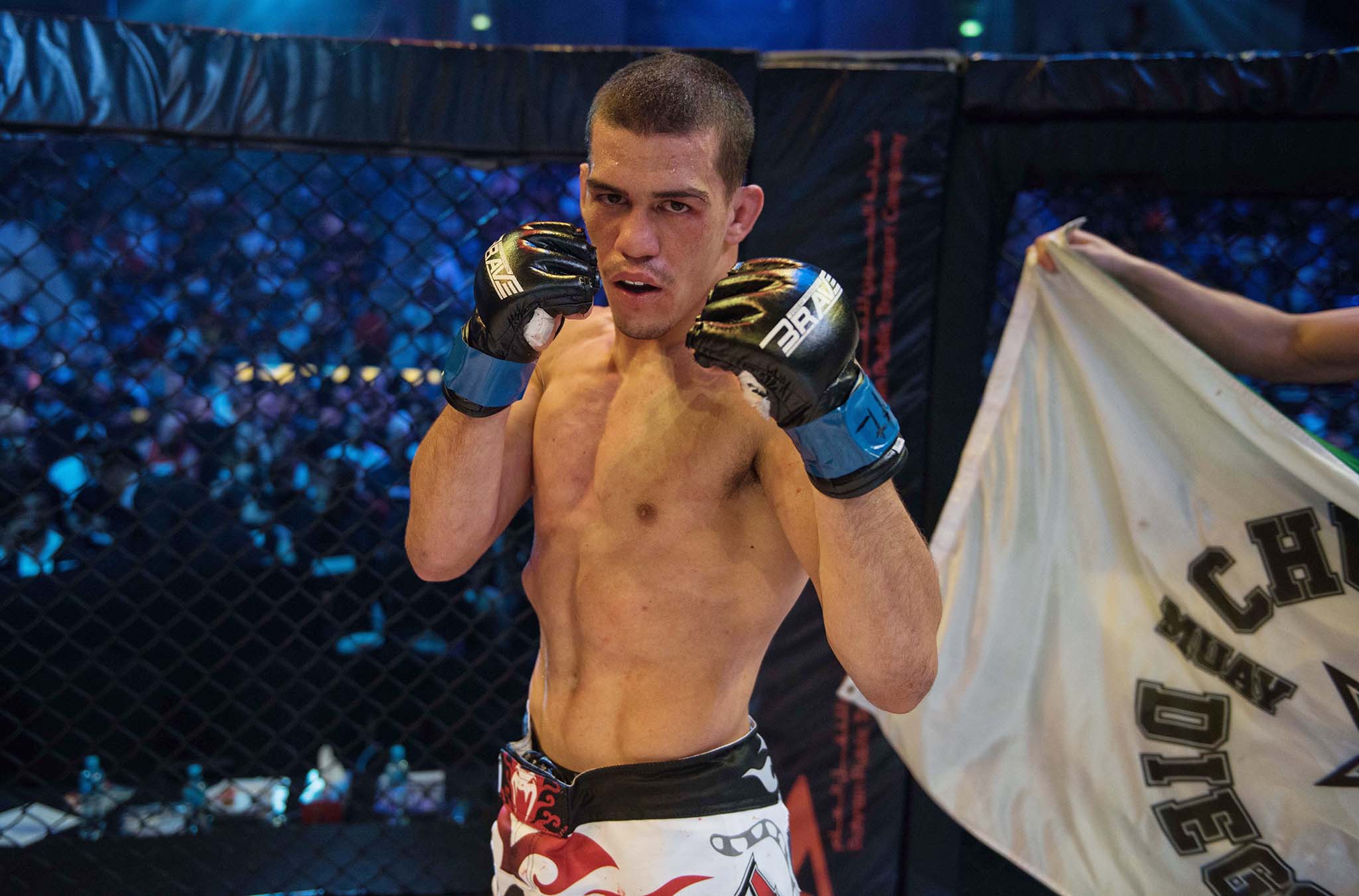 Felipe Efrain is set to create a new milestone as the first Brazilian fighter to set foot into the cage of Brave Combat Federation in Jordan. The bantamweight fighter from Chute Boxe Lima, has a high stake bout against none other than the gold medalist of 2015 IMMAF World Championship, Frans Mlambo. Mlambo who trains at the Straight Blast Gym Ireland has revealed that he is confident to overcome Felipe. Both fighters, who are at the peak of the division is looking forward for the victory that will earn them the right to challenge the current Bantamweight champion, Stephen Loman.

With the bantamweight division of Brave Combat Federation constantly evolving and signing talent from across the world, Felipe Efrain has more to look out for. Currently Brave Combat Federation has 35 fighters from Brazil who have so far been part of the events. The promotion which is visiting Jordan had revived the hugely popular sport in the nation. With the popularity of MMA on the rise a huge section of fans will be waiting to see Felipe in action at Brave.

Felipe Efrain also holds a unique record for never been knocked out in his career. So far undefeated in Brave Combat Federation, the sole representative of Brazil in Jordan posts a serious threat to Frans Mlambo. The clash of the two bantamweights will be closely followed by the presence of other bouts in the division including the debut of 2016 IMMAF World Champion Abdul Hussein, who will face Nawras Abzakh and the bout of local hero, Jalal Al Daaja facing the former PXC Bantamweight champion and Police Officer, Crisanto Pitpitunge.
https://www.mmaindia.com/ufcdana-white-says-he-wont-allow-chuck-liddell-to-fight-in-the-ufc-because-he-loves-him/
https://www.mmaindia.com/wwe-bobby-lashley/