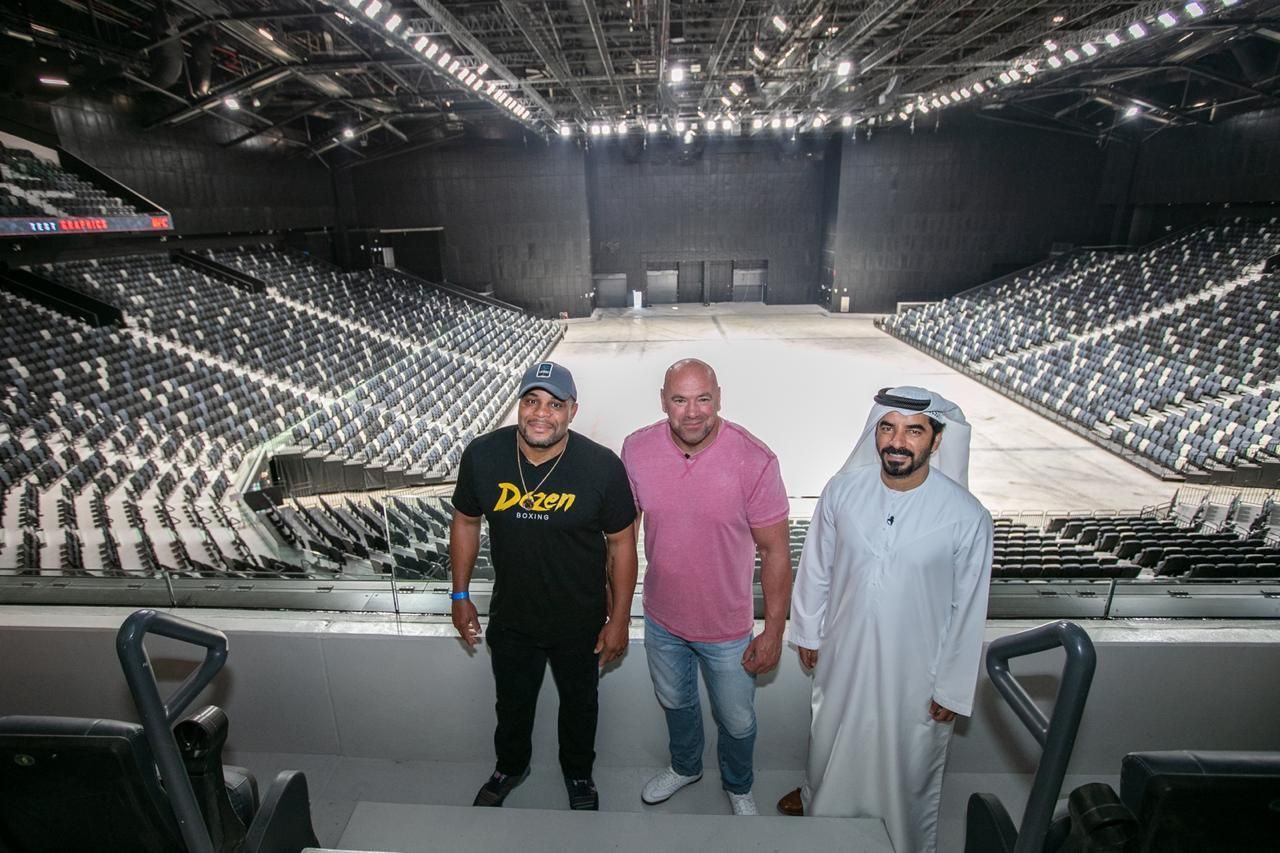 Dan 'Hangman' Hooker has expresses his interest in fighting Justin Gaethje next. Hooker is one of the most promising Lightweights that is up and coming...
Read more
Articles

UFC 256 has lost another title fight, this time between Petr Yan and Aljamain Sterling. UFC 256 is scheduled to happen on December 12th and...
Read more
Articles

Cody Garbrandt was quick to fire back at Flyweight contender Alex Perez after the latter suggested that he tried to take a shortcut to...
Read more
Articles

UFC Welterweight Khaos Williams talks about how he is inspired by Jay-Z and Meek Mill and how it has helped him overcome dark times...
Read more

After Yas Island, the UFC is all set to make the New Etihad Arena it’s new home in the Middle East.

While the coronavirus pandemic struck across the globe and put a halt on all sporting events, the UFC and Dana White found a way to make fights happen one way or the other. The promotion partnered with DTC Abu Dhabi to announce that the UFC will now keep fights on Abu Dhabi’s Yas Island, popularly known as the Fight Island. After a successful season one, the UFC came back to the island for another series of fights. UFC fans could not have asked for a better ending for ‘the return of Fight Island’, as the lightweight champion Khabib Nurmagomedov defends his title for one last time and bids adieu in style and emotion. 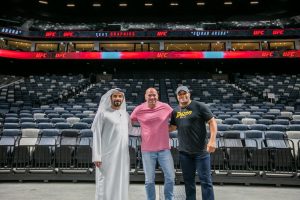 Etihad Arena in UAE has announced in a tweet that they are prepared to welcome the UFC to their Arena.

As @YasIsland says farewell to the spectacular 'Return to Fight Island', we prepare to welcome the future of @ufc to our state-of-the-art venue. We can’t wait to see you soon, @DanaWhite and a big shoutout to @DCTAbuDhabi and #YasIsland for putting on a spectacular show. pic.twitter.com/ZpFnw9iRt1

“As @YasIsland says farewell to the spectacular ‘Return to Fight Island’, we prepare to welcome the future of @ufc to our state-of-the-art venue. We can’t wait to see you soon, @DanaWhite and a big shoutout to @DCTAbuDhabi and #YasIsland for putting on a spectacular show.“

It was sad to see Khabib’s last fight happen without fans in the arena, but that is what the Covid era has made of us. With no signs of fans getting back to the stadiums any time soon, and Covid cases in the USA being at an all-time high, we can expect more fights to be staged in UAE.

BKFC and ONE Championship not interested in signing Anderson Silva

Former UFC middleweight champion Anderson Silva was released by the UFC last week. The move came after he lost in his last fight against...
Read more
Articles

Jon Jones is currently in the lab putting on size to make his highly-anticipated Heavyweight debut sometime in 2021. And while UFC President, Dana...
Read more
Articles

Francis Ngannou is one of the scariest KO artists the UFC has ever seen.  The Cameroonian has superhuman knockout power and has demonstrated it...
Read more
Articles

Alistair Overeem has been a staple in the UFC for the best part of a decade now. For all the glory he has captured...
Read more
Articles

The countdown to Joe Joyce vs Daniel Dubois is finally on. It’s just a matter of days until the much-anticipated all-British heavyweight bout, and...
Read more
- Advertisement -