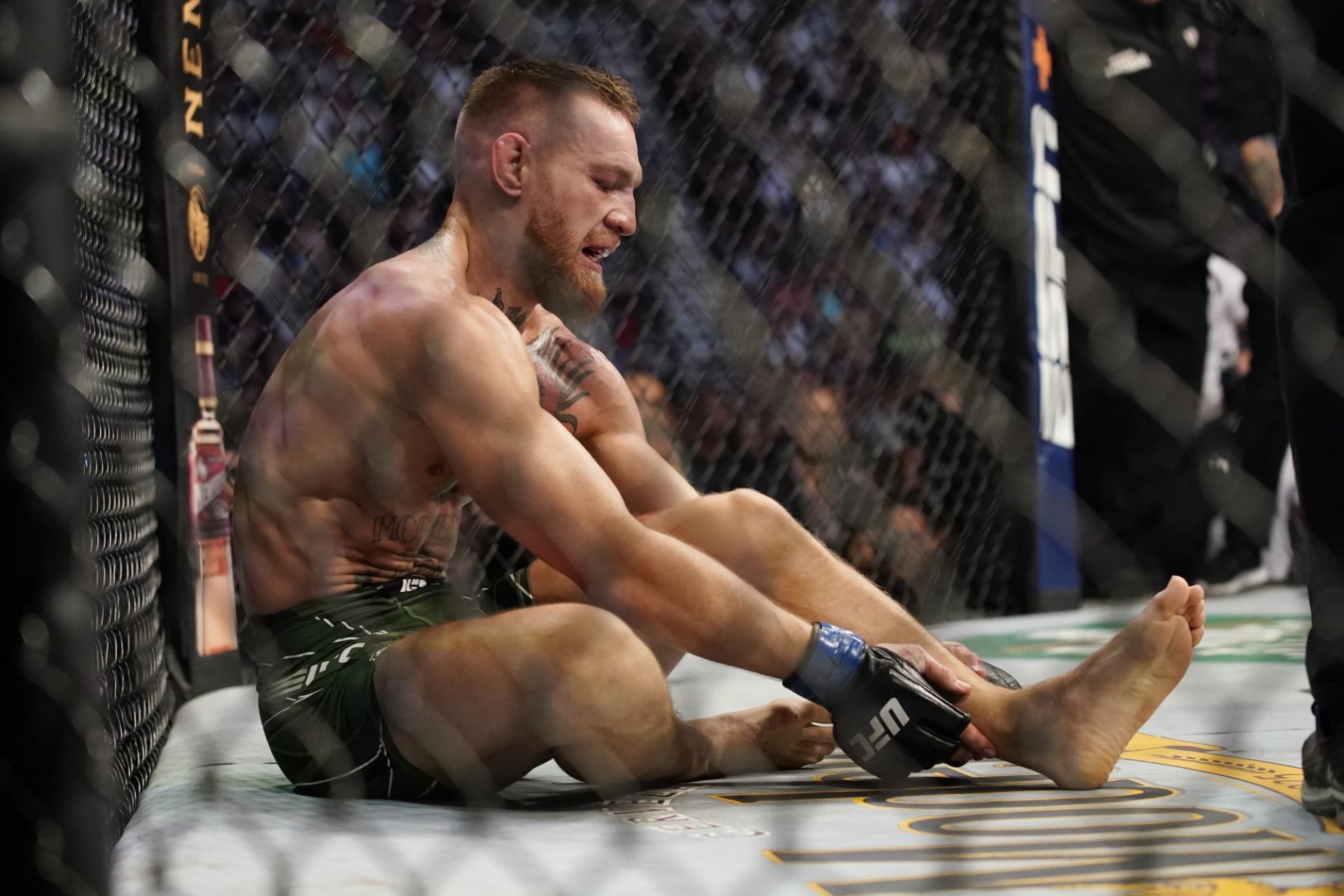 Dustin Poirier defeating Conor McGregor in their trilogy fight at UFC 264 was not a surprise to many, but the way the fight concluded, has been a shocker to the mixed martial arts fandom and that is the latter’s fractured foot.

The much anticipated trilogy fight, which saw a heated buildup in the past few weeks with McGregor getting back to his trash talking persona, ended after just the first round as the Irishman’s left ankle had snapped right at the end of the round, earning Poirier a TKO win by doctor’s stoppage.

Following the bout, Conor had to be escorted out of the Octagon on a stretcher, something ‘Mystic Mac’ had predicted for his adversary beforehand, and underwent surgery at the Cedars-Sinai hospital in Los Angeles.

Since the fight, prying eyes have been trying to figure out the cause of McGregor’s leg fracture. Mixed opinions point out different moments during the fight which might have caused ‘The Notorious’ to fracture his leg, albeit one MMA coach on Twitter has revealed one interesting angle.

Eric Nicksick, who is a coach and Gym Manager at Xtreme Couture MMA and won the 2020 MMA Coach of the Year award, shared a clip on Twitter which he claimed is a finding of his mom, which shows that it was Poirier’s elbow which did the damage on McGregor’s leg, seconds before it snapped.
At around 10 seconds remaining in the first round, McGregor attempted a rear teep kick on Poirier with his left leg, which ‘The Diamond’ had checked with his elbows. Along with a clip of the same, Nicksick asked the viewers to compare McGregor’s left foot just before and after the kick attempt and Poirier’s block.
“my mom wrote me at 7am to tell me she thinks Conor broke his foot off Dustin’s elbow after throw the rear teep kick. After slowing it down, it makes a lot of sense. Watch the integrity of his foot before and after. You be the judge,” Nicksick captioned the clip.

Credit to my mom, yes, my mom wrote me at 7am to tell me she thinks Conor broke his foot off Dustin’s elbow after throw the rear teep kick. After slowing it down, it makes a lot of sense. Watch the integrity of his foot before and after. You be the judge. #UFC264 pic.twitter.com/7MFzpkVe0r

Do you think Poirier’s elbow block is the reason why McGregor’s foot snapped off or was it a different reason? Let us know in the comments.