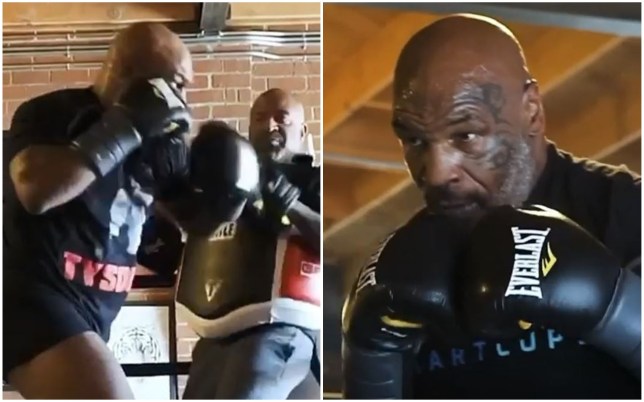 Former WBC heavyweight champion of the world Mike Tyson has shared the latest clip of him hitting the pads and he looks absolutely terrific.

Over the past month, Tyson has been releasing some incredible footage of him working out with his trainer Raphael Cordeiro.

Check out the latest footage:

Who will Mike Tyson fight?

There has been a lot of talks about who the former champion should be fighting next. Although there hasn’t been any sort of announcement made by Tyson or his managers, now fans are speculating that he will most probably be fighting Evander Holyfield in a charity match.

Tyson himself said that a charity match between him and Evander Holyfield could do a lot of good for the community.

“There are a lot of people out there that need help, and something like that can help a lot of people that’s in need of help,” Tyson told TMZ Sports. “That’s a lot of money for charity. That is basically what I have embarked on in a life of charity and gratitude. I don’t know if me and Evander will ever get in the ring [again]. That would be awesome for charity, too.

“Could you imagine me and him going into the ring together, archenemies, and doing it for humanity of people and people less fortunate than ourselves? What would that be like? That is something that has never been done before with any entertainer or any sports figure in the history of entertainment and sports,” Tyson added.

Mike Tyson has gotten numerous lucrative offers for his ring. One of them being from Bareknuckle fighting championship.

Tyson was offered $18 Million by BKFC president David Feldman to fight in his organization. Even Wanderlei Silva was ready to fight Tyson as mentioned in the statement below.

However, Tyson rejected the fight, according to his trainer Rafael Cordeiro, who stated that Tyson wanted to fight inside the ring under Queensbury rules.

“Tyson is getting ready to do a boxing match with gloves,” Cordeiro reportedly stated.