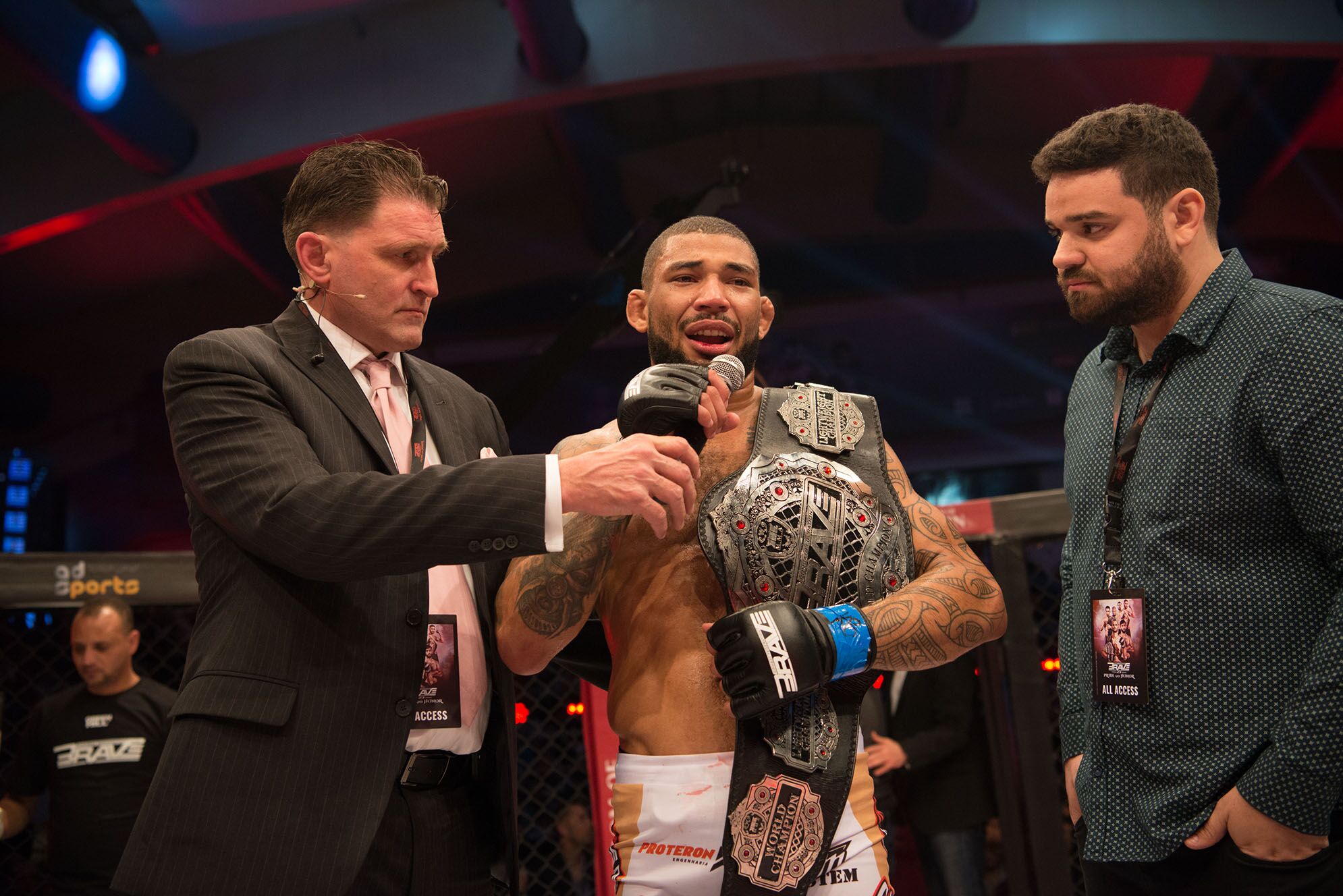 Luan “Miau” Santiago fulfilled his promise to become the new Brave world Lightweight champion with a stunning first-round KO of former titleholder Abdul-Kareem Al-Selwady at last Friday’s historic Brave 23: Pride and Honor. Not only that but he made true on his prediction to finish the bout in the first four minutes, by knocking out his rival with a vicious spinning elbow that went viral on social media.
It only took the new champion 2m54s to snatch the belt from the hometown favorite. After the bout, Santiago admitted his admiration for his fallen foe and talked about the great experience he had in Jordan, even managing to get some applause from the disappointed crowd.

“This fight I tried to not do so much trash talking as I normally do, due to the fact that I consider Al-Selwady to be a great competitor. It was the first time that I fought someone with such immense support. Practically all of Jordan supports him. I’d like everyone to give him a round of applause. I wouldn’t be here if it wasn’t for him, he’s done a great job with Brave”, said “Miau” in his post-fight interview, also praising the Jordanian fans and the country for their support of mixed martial arts.
“I always say that Bahrain (where Brave was founded) is my second home, and now I think I have a third home. From the moment I stepped in Jordan, everyone has been so nice and welcoming, and I’ve been blown away by the support you guys give your fighters. I would like to fight here one day again, but this time I will want you all behind me!”.
Santiago is now 4-1 with Brave Combat Federation. His only loss came at the hands of fellow Brazilian Lucas “Mineiro”, back at Brave 11. They were fighting for the interim Lightweight title, and Luan was winning the fight on the judges’ scorecards when “Mineiro” scored a late takedown and “Miau” ended up injuring his elbow and losing the bout and the belt.