Bellator welterweight contender Dillon Danis is reportedly fighting Ian Butler at the Forum in Inglewood, California on January 25, 2020. Even though the negotiations for the fight is far from over, it hasn’t stopped the Bellator star from calling out Youtuber stars Logan Paul and Jake Paul. 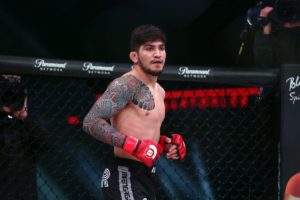 Who u wanna see me against @dillondanis 👀👀😂😂

The fight if it takes place will most likely be a charity match and will take place during the offseason.

Giants are currently 2-8 in the current season and they will take on Chicago Bears on Week 12 game. Although, even a charity match during the off-season might not be a good idea for Saquon whose season was cut short after suffering an ankle sprain against Tampa.

Previous articleJorge Masvidal calls out Conor McGregor: Put your money where your mouth is!
Next articleEXCLUSIVE: Maria Ribeiro Happy to Be Back in Hyderabad for Brave CF 30, Expecting to Hold the Championship Belt in Near Future