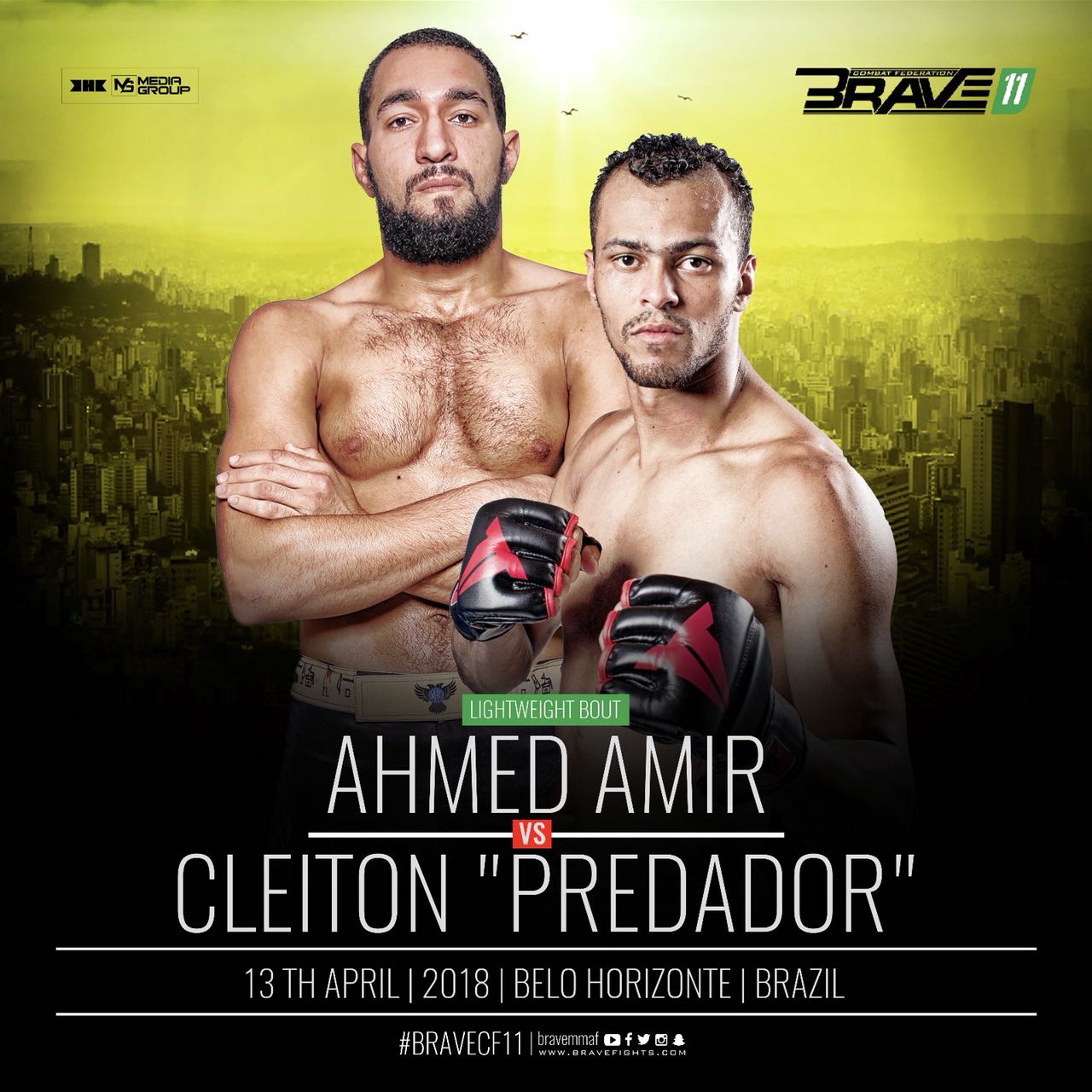 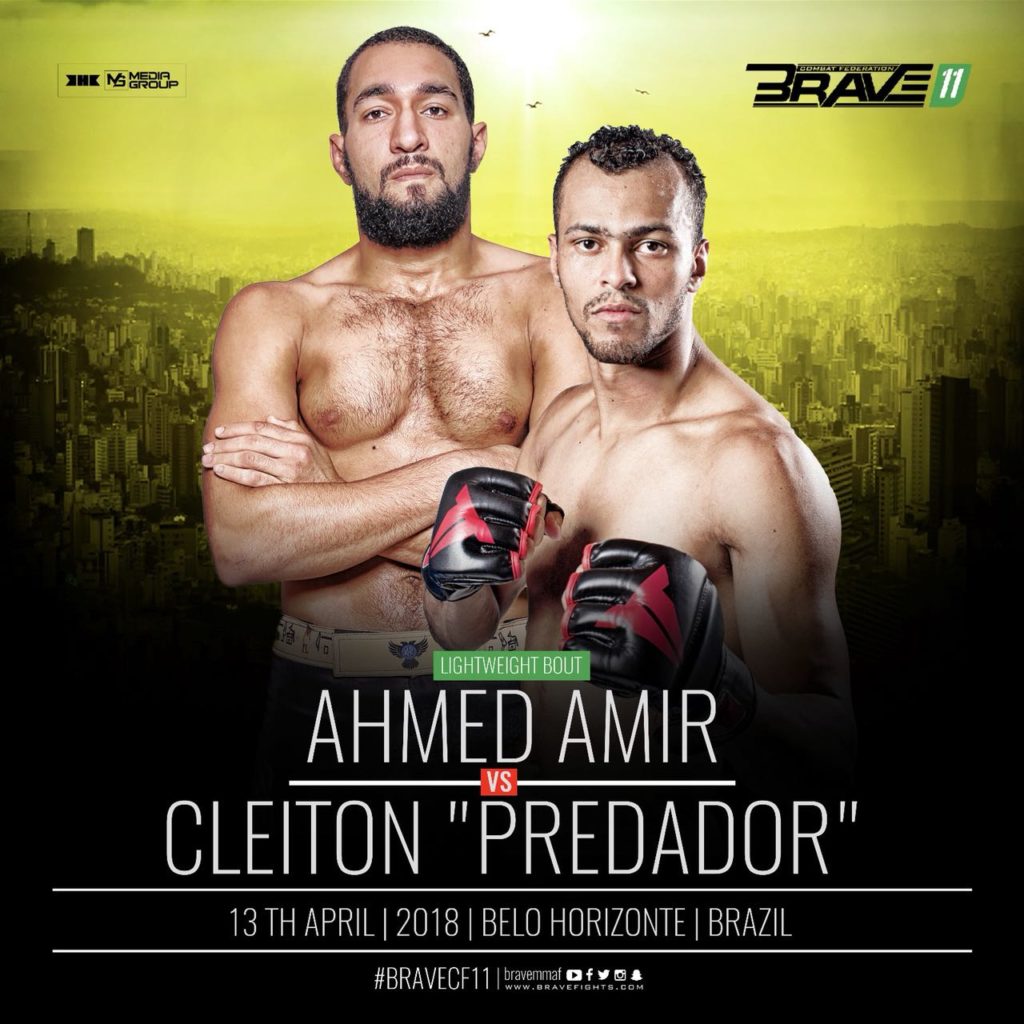 Brave Combat Federation’s eleventh edition to be hosted in Belo Horizonte will mark the first promotional bout for Cleiton “Predador” Silva. On April 13th, at Brave 11, he will face Ahmed “The Butcher” Amir from Egypt. Amir is closing in on the top spot in the division after three wins at Brave Combat Federation. His last fight at Brave against Erik Carlsson was appreciated by legends of the sport including Wanderlei Silva, Frankie Edgar, Kirik Jenness and John Kavanagh.
However, “The Predador” seems unfazed about his opponent’s win streak and promises to “run through him”, and warns Amir that he’ll try and “take his head off”.
“Every opponent has strengths and weaknesses. I feel good going into this fight and I expect the best. There’s no easy fight, but I’m not going in there to make it nice, I’m going to run through him. My message to Amir is – you’ve never faced The Predator. I’ll go in there to hunt and take the head off the Butcher. I’m taking your head off. You’re done!”, warned Cleiton, who’s 12-2 in his professional MMA career.
“The Butcher” has prepared for Cleiton in the world-renowned SBG Ireland gym, where the likes of Conor McGregor and Brave Bantamweight contender Frans Mlambo train. Silva says that he hopes his Egyptian counterpart had a good training camp.
“I respect the fact that he’s training in Ireland, but I won’t be fighting Conor McGregor just yet. I’m fighting Ahmed Amir. I want him to be very prepared because I’ve got the best coaches in the world and we’re designing a specific gameplan for him. He can train with anyone, but it won’t matter”, said “The Predador”, who’s looking forward to fighting abroad in his next bout.
“For sure, I would like to fight in the Middle East. I work hard for these kinds of moments. I’ll fight wherever Brave wants me to fight and I look forward to going to other countries to showcase my talents”, claimed the Brazilian.
Brave 11 is set for Belo Horizonte, capital of Minas Gerais, and will mark the third promotional event in Brazil. Back in March of 2017, Brave 3: Battle in Brazil took place in Curitiba, with the city also hosting Brave 8: The Kingdom of Champions, the first time two Brave champions were crowned in the same night.