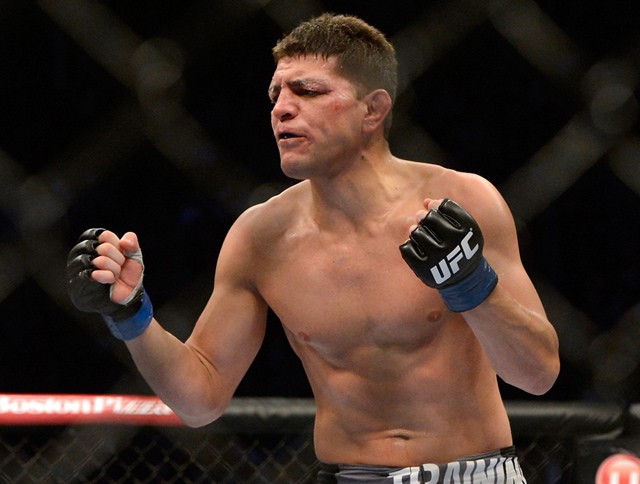 UFC is the most premier company in Mixed Martial Arts always had the privilege of having the most decorated veterans and crowd pullers of the fight game. So whenever any sports icon takes a provisional hiatus from the fight game the anticipation of him coming back after a few years always stays on top. We have previously witnessed the comeback of superstars like Mcgregor, Georges St.Pierre, Ronda Rousey, Anderson Silva, Jon Jones after they have left the sport for a while cuz of personal commitments, loss or injury or a suspension. Well, the news that has been reported of late that Nick Diaz is set to return at UFC 235 against Jorge Masvidal.

The anticipation is huge as Nick Diaz is about to make his first appearance in the Octagon in 4 years.

The last time Nick Diaz(26-9,2-NC) fought was in UFC 183 in 2015 against Anderson Silva in a middleweight bout which he lost via unanimous decision. After that, the fight was called a no-contest as both fighters failed their post-fight drug tests. The Nevada State Athletic Commission handed Diaz an 18-month suspension for having marijuana samples in his system. His duration of a suspension was increased till April of 2018 due to his repeated doping troubles by United States Anti-Doping Agency(USADA).

The former Strikeforce and WEC champ haven’t won in over 7 years, with his last victory coming off against BJ Penn in 2011.

Diaz will be taking on Jorge Masvidal(32-13,9-6UFC) who is himself on a 2 fight losing streak and fought last November 2017. Well, it should be notified that the bout agreements are not signed off as yet. The following information circulated at first through ESPN’s Brett Okamoto’s tweet and later confirmed by other media circles.

Breaking: The UFC is close to finalizing Nick Diaz's return to the Octagon, per Dana White. The fight is Jorge Masvidal at UFC 235 on March 2 in Las Vegas. Diaz's first appearance in more than four years. Story coming soon to @ESPN.

Previous articleMirsad Bektic out of Renato Moicano fight at UFC 231 with injury
Next articleUFC: Sergio Pettis stepping up to 135 where he can fight at natural weight