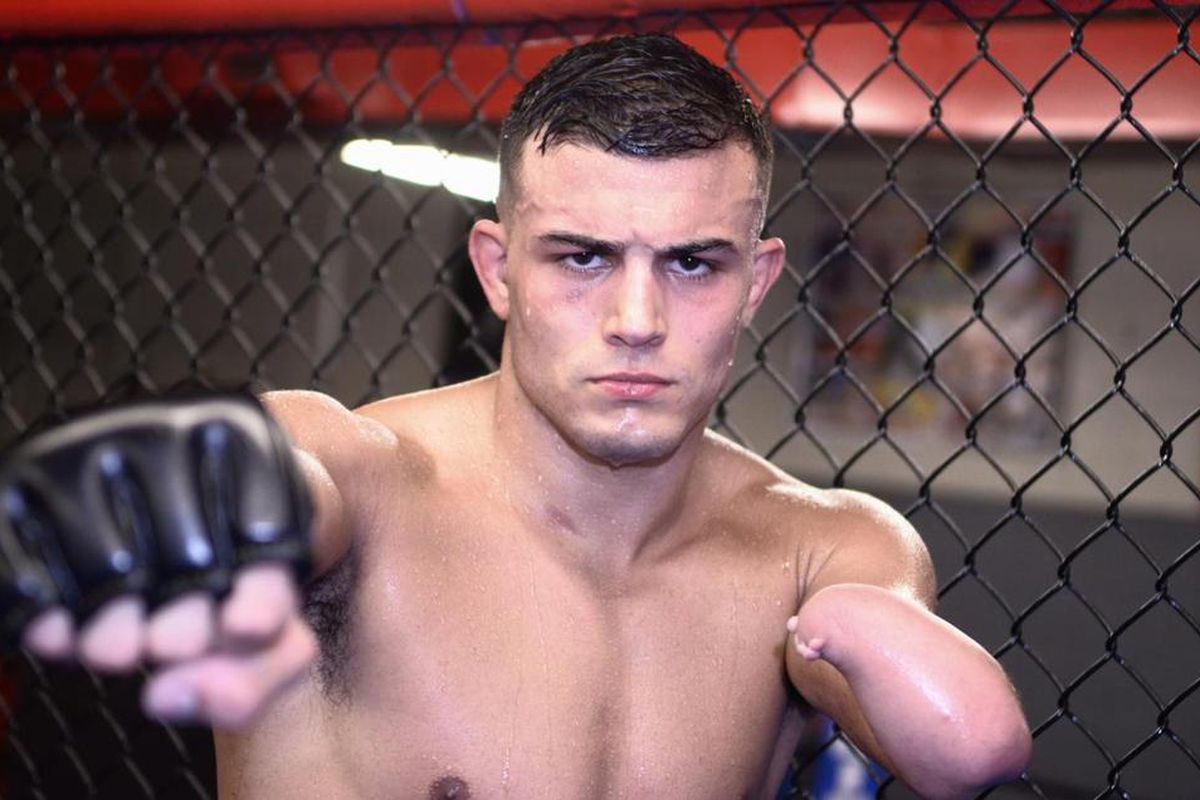 Nick is a congenital amputee, but that didn’t stop him from securing a quick rear-naked choke victory over 32-year-old Midwest Training Center competitor. “Notorious” mounted his rival off the back and earned a first-round submission victory. John English waved off the contest after 2 minutes and 6 seconds.

Originally to fight Kalvin “Hot Boy” Hackney (17-5), Nick Newell defeated his last-minute replacement opponent Antonio Castillo Jr. (9-10) fair and square. However it can be argued that a victory against Hackney must have been much more valuable to Nick Newell’s resume.

Nick Newell said the following regarding UFC giving him a chance :

”I’ve been grinding for 19 years, I’ve been fighting professionally for 10 years,” Newell said during the post-fight interview. “I’m 15-2, I—what the f**k are you thinking, UFC? Let’s make this happen!”

"It's not a disability, it makes him an INDIVIDUAL." –@robinblackmma@NotoriousNewell showing what mixed martial arts is all about! ⚡️ #CES56 #UFCFIGHTPASS pic.twitter.com/6UisZ4Z8RX

“It’s not a disability, it makes him an INDIVIDUAL.” [email protected]@NotoriousNewell showing what mixed martial arts is all about! ⚡️ #CES56 #UFCFIGHTPASS

UFC President Dana White has made it clear many times before that he does not intend to give Nick Newell a chance in the UFC obviously due to health issues.