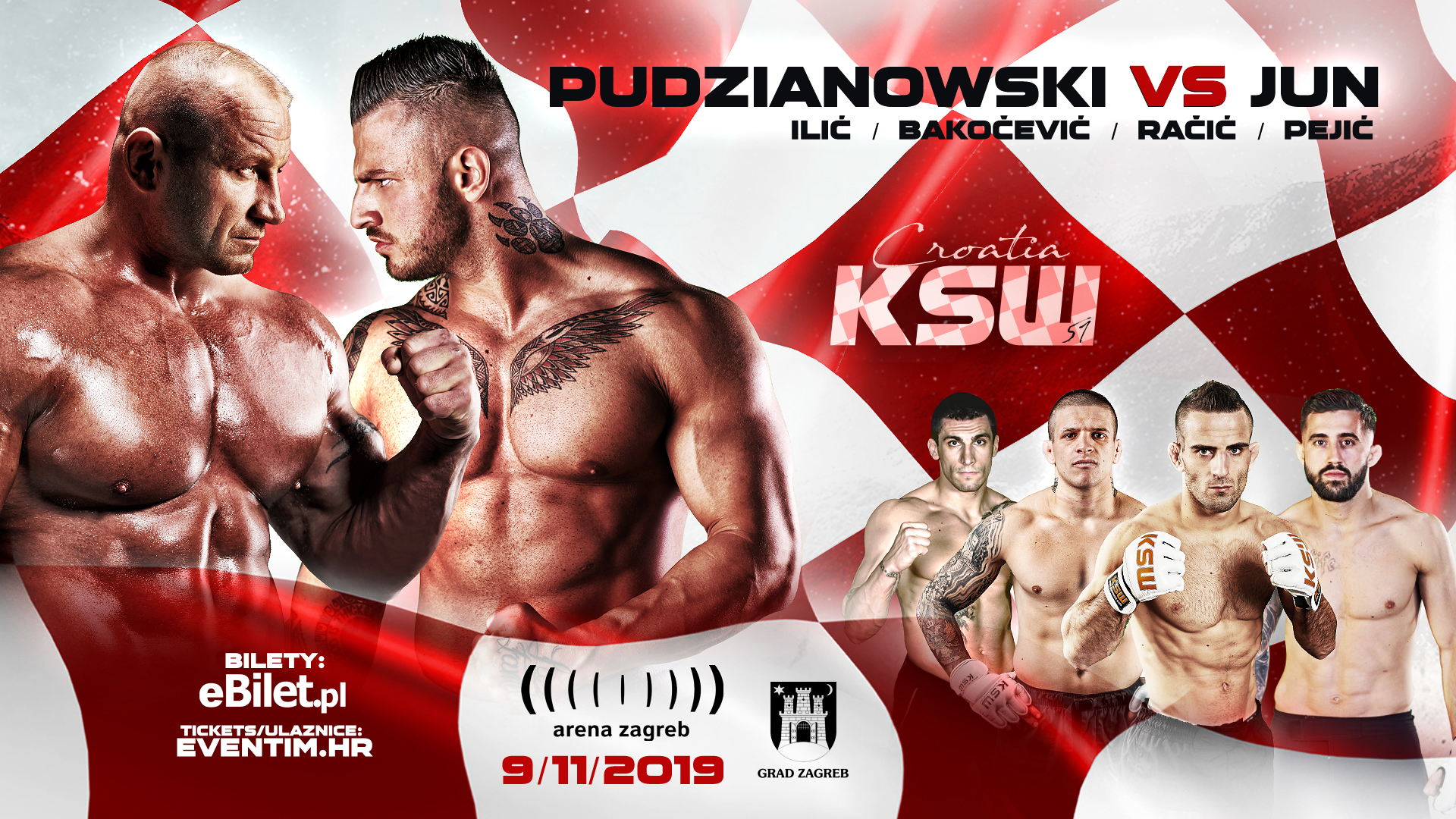 Croatia’s very own Filip ‘Nitro’ Pejic (14-2-2) will make his highly anticipated sophomore KSW appearance at KSW 51 in front of his hometown of Zagreb upon the promotion’s very first visit to the country on November 9 at the Arena Zagreb.
The 27-year-old made a huge statement in his debut at KSW 48 earlier this year with an emphatic knockout of the night win over Poland’s Filip Wolanski. Pejic landed a headkick and followed up with strikes to mark a hugely impressive win and sent a message to the entire KSW featherweight division.

Pejic is now on a five-fight undefeated run and overall is 12-1-2 since 2013, with that lone loss in the UFC, and holds a dangerous 85% finishing ratio.
Hoping to spoil Pejic’s party in Zagreb will be Poland’s Krzysztof Klaczek (12-6). The 30-year-old will also be making his second appearance in the KSW arena but, unlike Pejic, he lost his debut against former champ Marcin Wrzosek. The well-rounded Klaczek, who also goes under the nickname of ‘The Cage Master’ due to him building MMA cages for a living, will see this contest as a must-win and will be coming into enemy territory fully motivated.
KSW 51 takes place November 9 from the Arena Zagreb in Zagreb, Croatia and will be headlined by a monster main event between five times worlds strongest man Mariusz Pudzianowski (12-7) and Bosnian bodybuilder & social media star Erko Jun (3-0).