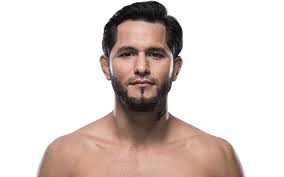 UFC 230 taking place on November 3rd in Madison Square Garden, New York recently got its main event with a fight no one could have imagined. Derrick ‘The Black Beast’ Lewis faces the UFC heavyweight Champion Daniel Cormier for title. However, the good news brings with itself a very bad news for the MMA fans as the much anticipated bout between Dustin Poirier and Nate Diaz will no take place due to an undisclosed injury to Poirier.

Diaz who is coming off a long layoff was scheduled to fight Poirier in a battle of top lightweight contenders but after the unfortunate news a former lightweight fighter has thrown his hat into the ring for the challenge.

Enter Jorge ‘Gamebred’ Masvidal who last fought at UFC 217 at Madison Square Garden in November 2017, losing a unanimous decision to Stephen ‘Wonderboy’ Thompson. Masvidal has agreed to replace Nate Diaz on the stipulation that the fight take place at 170 pounds i.e. in the Welterweight Division.

It remains to be seen if unpredictable Nate Diaz accepts the offer as he has always pushed for a ‘big money’ fight rematch against Conor Mcgregor, which is why he has not fought since UFC 202 in August 2016 or he decides to wait it out for a high profile fight.

Previous articleDerrick Lewis releases ‘official’ UFC 230 promo, proves why he is P4P the funniest man in the UFC
Next articleConor McGregor was disappointed on being dropped by Khabib Nuramgomedov