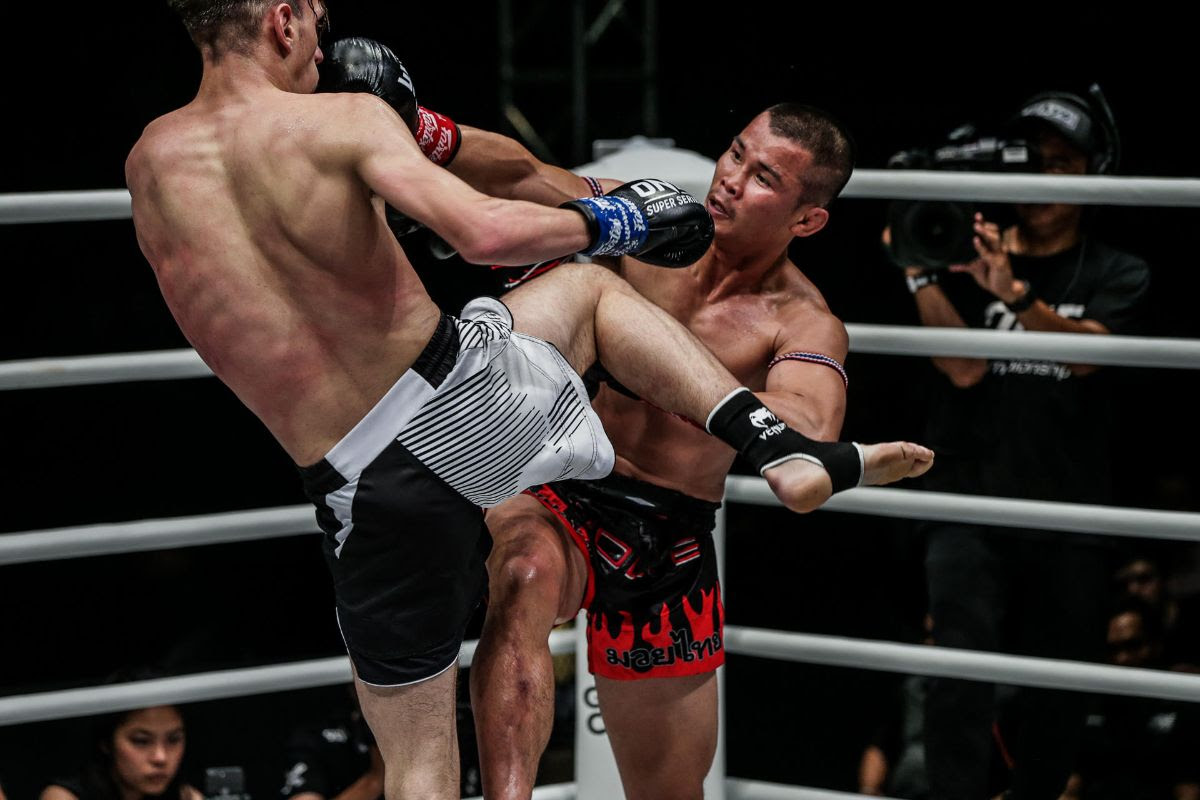 The largest global sports media property in Asian history, ONE Championship™ (ONE), made history with its inaugural event in the beautiful country of Vietnam. ONE: IMMORTAL TRIUMPH rocked the Phu Tho Indoor Stadium in Ho Chi Minh City, electrifying a packed crowd with world-class martial arts action. In the first ever full ONE Super Series event, fans were treated to a bevy of compelling showdowns and dramatic finishes. In the main event, Nong-O Gaiyanghadao of Thailand retained his ONE Bantamweight Muay Thai World Title with a split decision victory over French-Algerian Brice Delval.

In the main event, Muay Thai legend Nong-O Gaiyanghadao of Thailand put on a striking masterclass to defeat French-Algerian opponent Brice Delval via split decision to retain the ONE Bantamweight Muay Thai World Championship. The taller and longer Delval came out the aggressor, pushing Nong-O back with a relentless barrage of punches and kicks. The Thai icon found his groove in the second round as he began to punish Delval with solid kicks to the body and to the legs all throughout the rest of the fast-paced match. The challenger, however, remained on the offensive as he managed to maintain his pace while also landing good shots on Nong-O. After five rounds of back-and-forth action, it was Nong-O who was declared the winner, remaining undefeated in his ONE career. 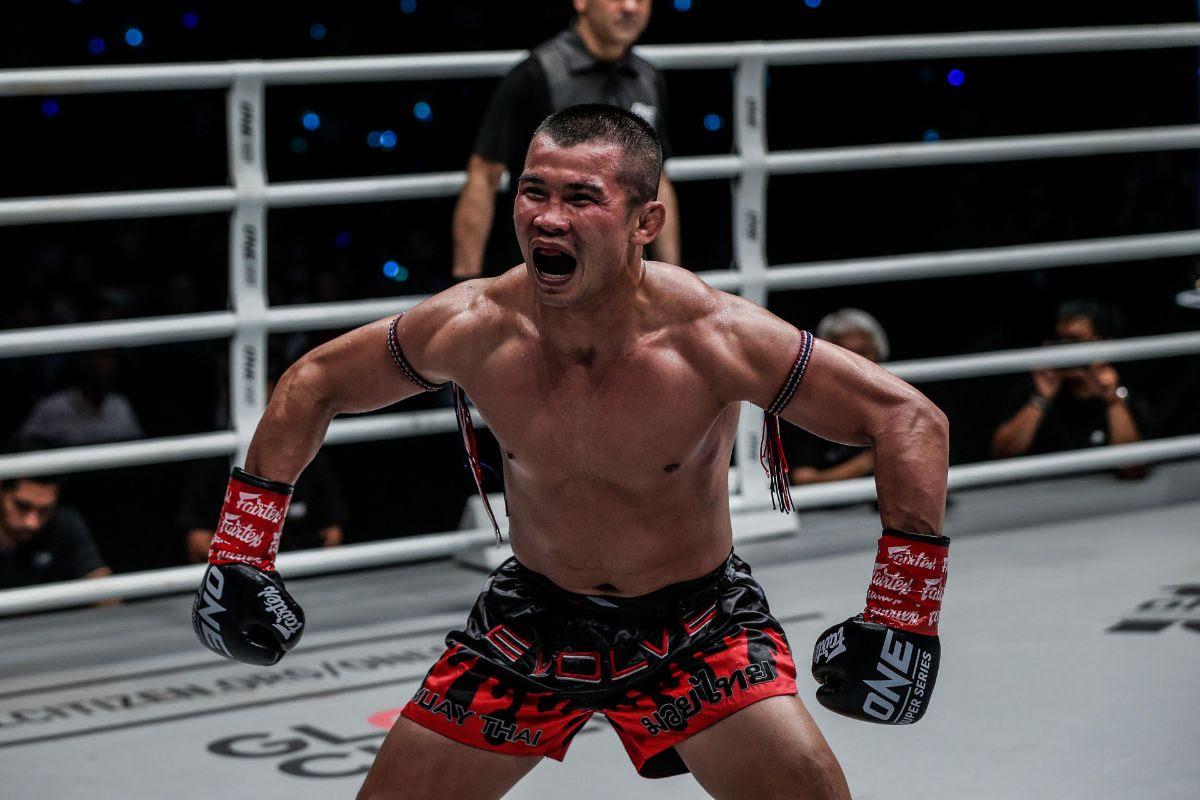 In the co-main event, Muay Thai star Kulabdam Sor. Jor. Piek Uthai of Thailand came through in his highly-anticipated ONE Super Series debut, defeating France’s Bobo Sacko by unanimous decision after three rounds. Kulabdam immediately lived up to his moniker of “The Left Meteorite” by landing a solid counter-left hook that had Sacko stunned. Kulabdam continued to outstrike Sacko for the rest of the three-round bout en route to a decision victory in his debut.

Vietnam’s Nguyen Tran Duy Nhat gave his hometown crowd something to cheer for as he picked up a scintillating third-round knockout win over Malaysia’s Azwan Che Wil. Nguyen was one step ahead all match long and put Che Wil down in the second round with a thunderous left high kick. Nguyen took Che Wil out for good in the final round with a well-timed counter-right hook with just 15 seconds left in the bout. 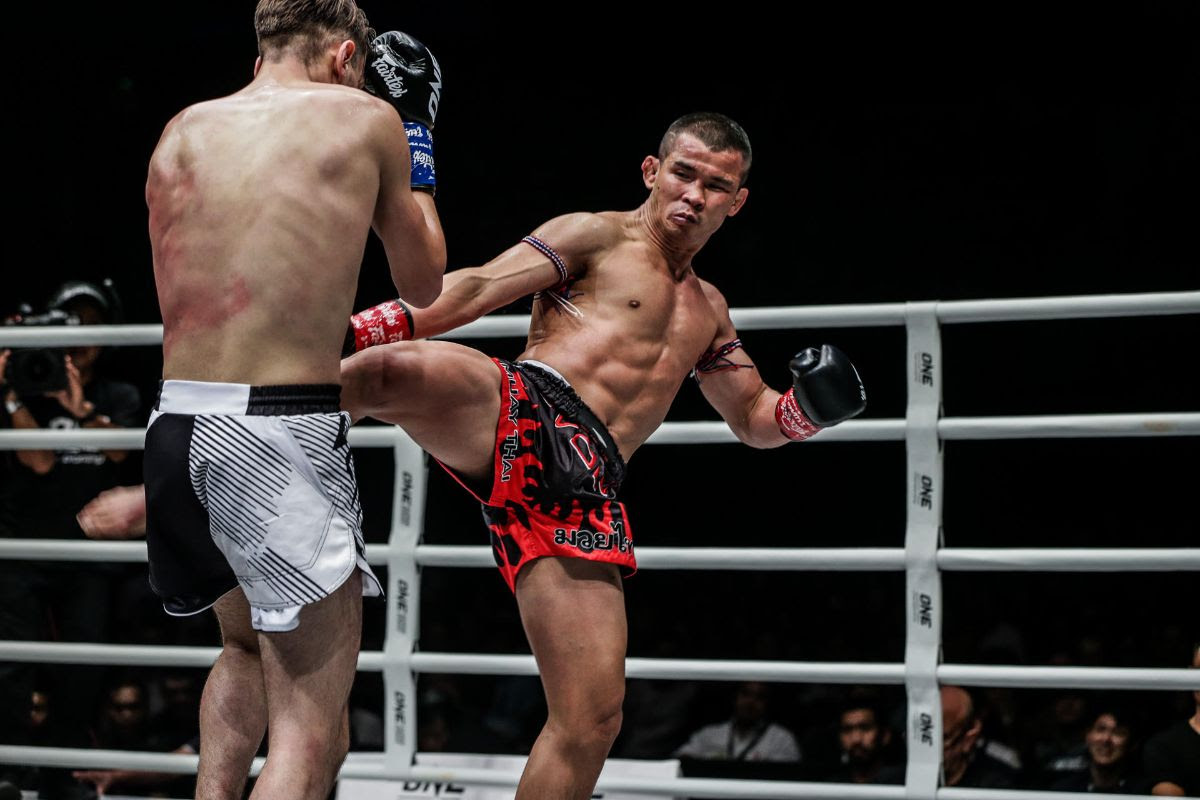 Hard-hitting Brazilian Anderson “Braddock” Silva made quick work of Russian Beybulat Isaev with a stunning knockout victory in the first round. From the opening bell, Silva put the pressure on Isaev, overwhelming the Russian with a hurricane of punches, kicks and elbows. Silva continued to overwhelm Isaev before landing a well-placed uppercut to end the contest abruptly in the opening frame.

Vietnamese-Australian Chris Nguyen announced his arrival on the biggest global stage of martial arts competition in impressive fashion with a dominant unanimous decision win over Japanese veteran Yukinori Ogasawara. The former WMC Victorian Champion picked Ogasawara apart with kicks before getting a knockdown in the final moments of the final round. After three rounds of action, Nguyen was awarded the victory by all three ringside judges, much to the delight of the Vietnamese fans in attendance.

Vietnamese-American Bi Nguyen was triumphant in her return to her native country and to the sport of Muay Thai, scoring a split decision win over India’s Puja Tomar. Nguyen and Tomar went toe-to-toe for three rounds, providing the fans in Ho Chih Minh City with non-stop striking action. Through the majority of the contest, Nguyen proved to be more aggressive with her combinations as Tomar took a mostly defensive stance. In the third and final round, Nguyen picked up the pace and outstruck Tomar to end the bout on a strong note and walk away with the decision win in her home country.

Thailand’s Panpayak Jitmuangnon and Japan’s Masahide Kudo figured in an action-packed flyweight kickboxing contest. The bout started off with both men exchanging fierce strikes at the center of the ONE Championship ring. Panpayak seemed to have a slight advantage in the first round with his more accurate combinations. Kudo picked up the pace in the second, forcing Panpayak against the ropes but the Thai countered well. In the third and final round, Kudo came after Panpayak with a frenzied attack, but Panpayak was far too accurate and elusive. All three judges scored the bout in favor of Panpayak to win by unanimous decision.

Thai superstar Mongkolpetch Petchyindee Academy came out firing thunderous leg kicks against Italy’s Joseph Lasiri in a flyweight Muay Thai contest. Mongkolpetch sent the crowd into a chorus of cheers, as he continuously struck Lasiri with lashing elbows and dynamite-laced hooks in the early going. Lasiri tried his best to stay in front of Mongkolpetch, but the Thai warrior was relentless in his onslaught. Lasiri came alive in the third round, storming his way back to make the bout close. But it was too late as Mongkolpetch ran away with a close majority decision.

In a clash of skilled welterweights, Santino Verbeek of the The Netherlands took on Juan Cervantes of the United Kingdom in a kickboxing showdown. Verbeek put the pressure on early, attacking aggressively with varied striking combinations. A right hand from Verbeek dropped Cervantes with less than a minute to go in the first round. The two men battled valiantly in the second round, with each having their moments. In the third, Cervantes came out with a sense of urgency and landed a flying knee, which Verbeek wore well. In the end, Verbeek did just enough to earn a close majority decision victory.

It was Thailand versus Japan as veteran Singtongnoi Por Telakun faced Kohei “Momotaro” Kodera in a flyweight Muay Thai bout. Looking to score the biggest victory of his career, Momotaro stormed out of the gates, overwhelming Singtongnoi early. Within the first minute of the contest, Momotaro connected on a wild spinning back fist that rocked his Thai opponent. He then swarmed Singtongnoi with punches, elbows, and knees to the midsection. A sharp left hook wobbled Singtongnoi again, and the referee called a halt to the contest.

In a women’s Muay Thai catchweight contest, the United Kingdom’s Amber Kitchen and Slovakia’s Viktoria Lipianska put together an action-packed show for fans in attendance. The majority of the bout saw both women trade strikes with neither backing down. Kitchen attacked with her myriad of kicks while Lipianska preferred to rely on her boxing. In the third round, Lipianska picked up the pace and put pressure on Kitchen with her combinations. In the end, Lipianska took home a close split decision victory.

Kicking off the action at ONE: IMMORTAL TRIUMPH were featherweights Michael Pham of the United Kingdom and Vietnam, and Mohamad Fakri Bin Yusoff of Malaysia who took part in a kickboxing contest. In the early going, Pham played the role of matador, timing Fakri repeatedly with sharp counters. Action continued similarly in the second round, with Pham pulling away slightly with his accuracy and workrate. Pham sealed the deal in the third with well-placed combinations to earn a unanimous decision victory.