NSAC to release half of Khabib’s fight purse; suspension continues for both fighters 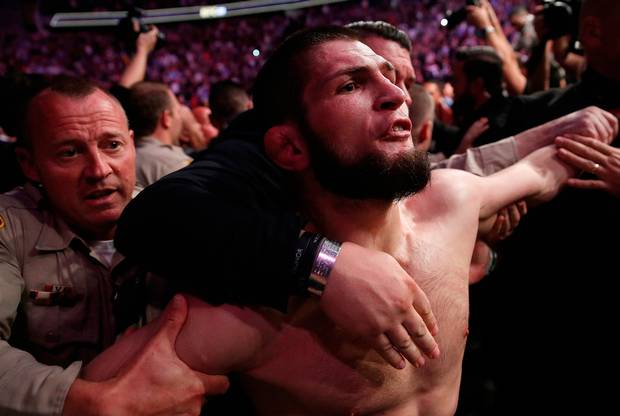 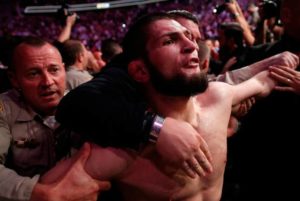 Dillon Danis then sprung back and started to wade into Nurmagomedov. He connected with a couple of blows and Khabib has forced back himself before being pulled from the scene by the security team present at the T-Mobile Arena. Few of Khabib’s teammates entered the cage and attacked Conor McGregor, for which they were arrested and are suffering a possible lifetime ban from UFC. Khabib had his purse withheld by Nevada commission which was around $2 Million.

The NAC chairman, Anthony Marnell III, said on Wednesday the suspensions will last until an investigation is complete, and the two fighters are required to attend a 10 December disciplinary hearing in Las Vegas. Marnell added that fines and punishment up to a lifetime ban could be considered.

The five-member board voted unanimously on the suspensions and the release of $1m of the $2m withheld from Nurmagomedov immediately after the 6 October brawl at T-Mobile Arena.

Conor McGregor was however paid in full.