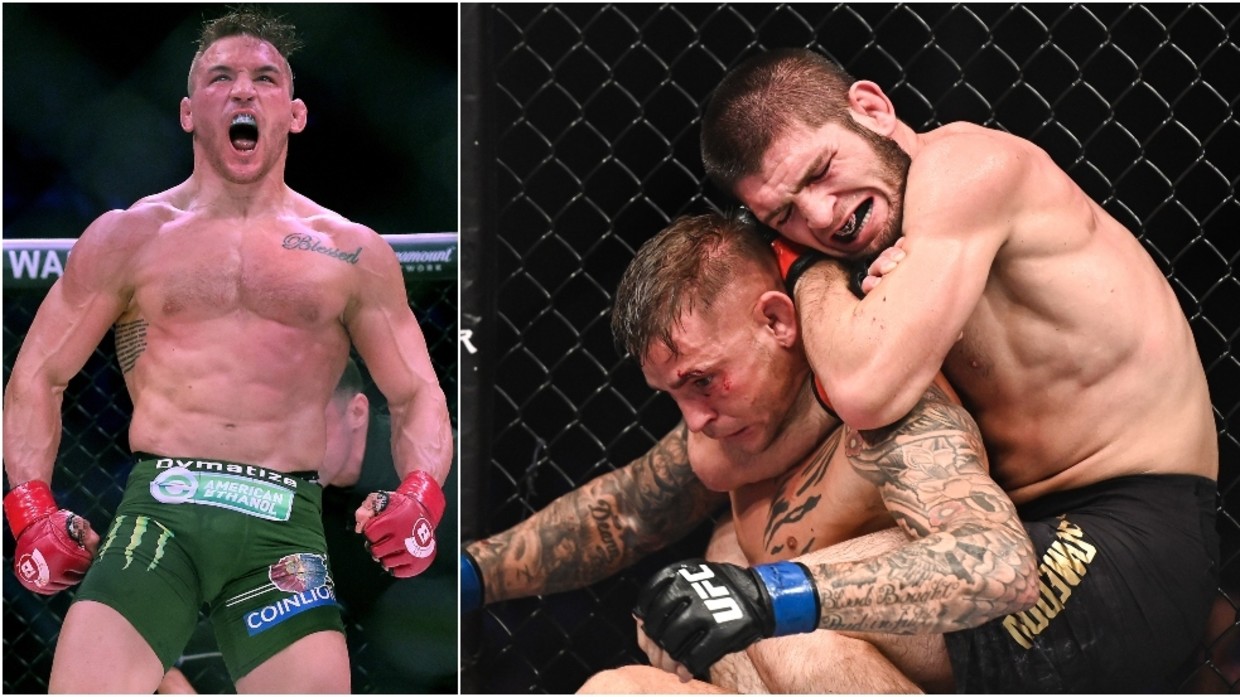 In an appearance on the Real Quick With Mike Swick Podcast, reigning UFC Lightweight Champion Khabib Nurmagomedov opened up on a myriad of topics.

Nurmagomedov shed light on how he would approach a potential fight against Michael Chandler noting that his coach, Javier Mendez, has instructed him to fight the former Bellator fighter using “only standup”. 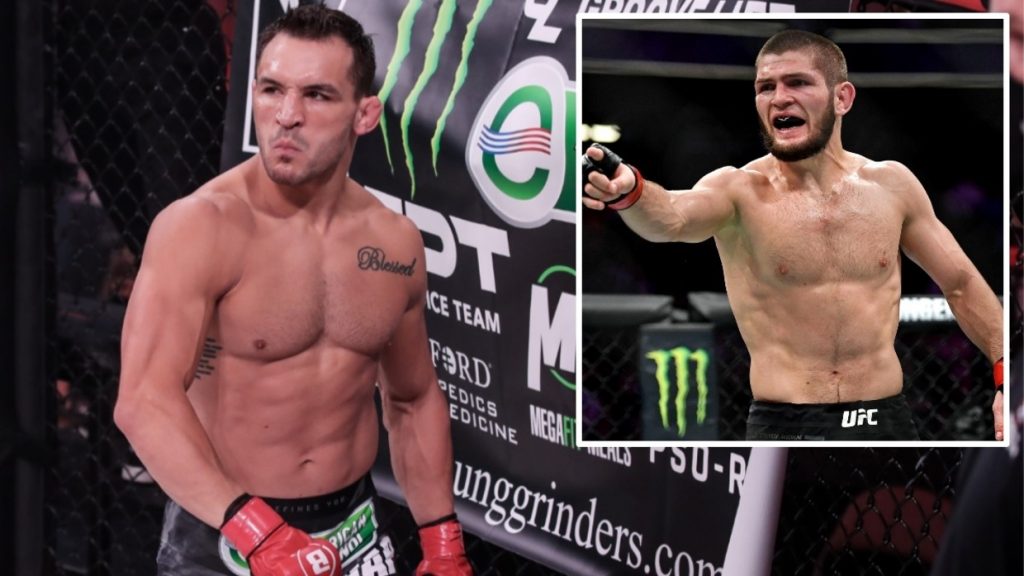 In the upcoming UFC Lightweight Championship unification matchup at UFC 254 against Interim Lightweight titlist Justin Gaethje, Khabib Nurmagomedov faces yet another elite striker. However, the American fighter is a highly accomplished amateur wrestler as well.

Additionally, Dana White and Co. have roped in new signee Michael Chandler as the backup/replacement fighter for the aforementioned UFC 254 headlining bout.

“I think I don’t even need to use my wrestling versus Michael Chandler, that is what I think. I know he came here to Abu Dhabi, but he’s going to come here, make weight and go home” Khabib Nurmagomedov said to TSN.

“This is what I think, thank you Michael Chandler. Go home and fight with other fighters. He’s not a high-level championship fighter in UFC because two-fight ago he lost in another organization. He lost to in Bellator to a featherweight, he knocked him out. He has to improve himself, he has to show the world he can fight for the title and fight with someone who is top-five in UFC and then we can talk about him.”

Khabib Nurmagomedov asserted that in order to be a true champion he always prepares to fight and defeat everyone. The UFC Lightweight Champion also said that if he does faceoff against Chandler, he would turn the bout against the former Bellator fighter into a standup only fight.

Michael Chandler, meanwhile, is on a two-fight winning streak with two first-round KO’s over Sidney Outlaw and Benson Henderson. In his tenure in Bellator, he holds notable wins over Patricky Freire, Eddie Alvarez, Brent Primus, and Marcin Held.

On the contrary, Nurmagomedov explained that his game plan against Gaethje would be much different as compared to one he would use against Chandler.

Khabib Nurmagomedov noted that Justin Gaethje is a very good striker, as proven in the interim UFC Lightweight Champion’s win over Tony Ferguson. The Dagestani fighter reiterated that everyone’s well aware of the fact that he plans to implement a wrestling-heavy strategy in his fight against Gaethje.