Khabib Nurmagomedov’s father wants to take the lion’s share of what a Conor McGregor fight can bring for his son. Abdulmanap Nurmagomedov is ready to forget the humiliation laid by his son on the former double champ and offer him a rematch. That, however, comes at a heavy price.

“We also need revenge against Conor,” the elder Nurmagomedov told RIA Novosti (via MMA Mania). “But give us $100 million. The day after the fight against Ferguson, give us that amount and then why not get revenge? I don’t know, maybe Dana White wants to arrange it (for that amount), he needs that fight.”

Nurmagomedov Sr. then went on to analyze Conor’s performance this past weekend. McGregor made an emphatic statement with his return to the Octagon. He showed flashes of his old self in the short duration that the fight lasted. That was still not enough to impress Khabib’s father.

“Nothing surprising, I saw nothing new,” Nurmagomedov said. “This is the 170 pound weight division, where the strongest fighters are gathered, regardless of weight category. Therefore, I think that absolutely nothing has changed in this weight, the current champion has remained on the throne.” 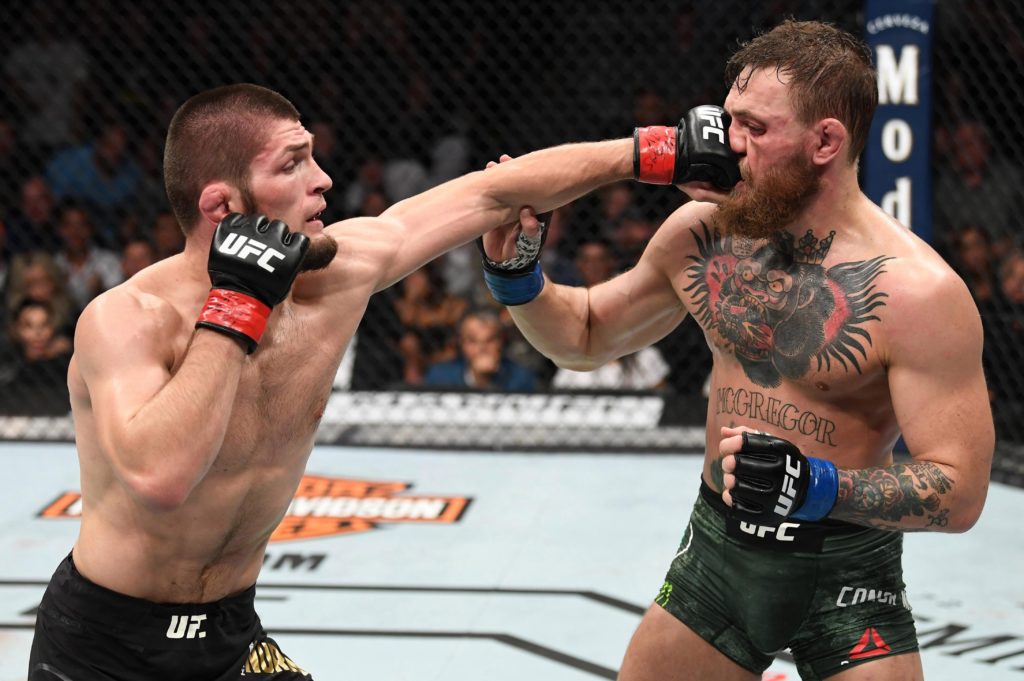 Abdulmanap reiterated that the person next in line for a title shot is Tony Ferguson. Since McGregor’s last fight took place at welterweight, he named a number of worthy opponents that ‘The Mystic Mac’ can face.

“The top contender for the lightweight title is Tony Ferguson,” Nurmagomedov added. “If Conor wants to prove something at welterweight, then there are Kamaru Usman, Colby Covington, Jorge Masvidal — these are the greatest fighters. McGregor and Cerrone in this weight aren’t even top ten.”

Khabib is currently booked to fight Tony Ferguson on Apr. 18th at UFC 249. This is the fifth time that a fight has been scheduled between the two. Conor has already made it clear that he is willing to act as a stand-by for the event.

In fact that was one of the biggest reasons why he fought Cerrone at welterweight. By doing so, he essentially divided the weight cutting process in two halves by first making 170 pounds and then staying on that weight for the next few months.

Previous articleFelice Herrig attacked during road argument in Vegas; has her nose busted up
Next articleWhen Jorge Masvidal ‘baptized’ 3 guys who picked a fight with him in a night club