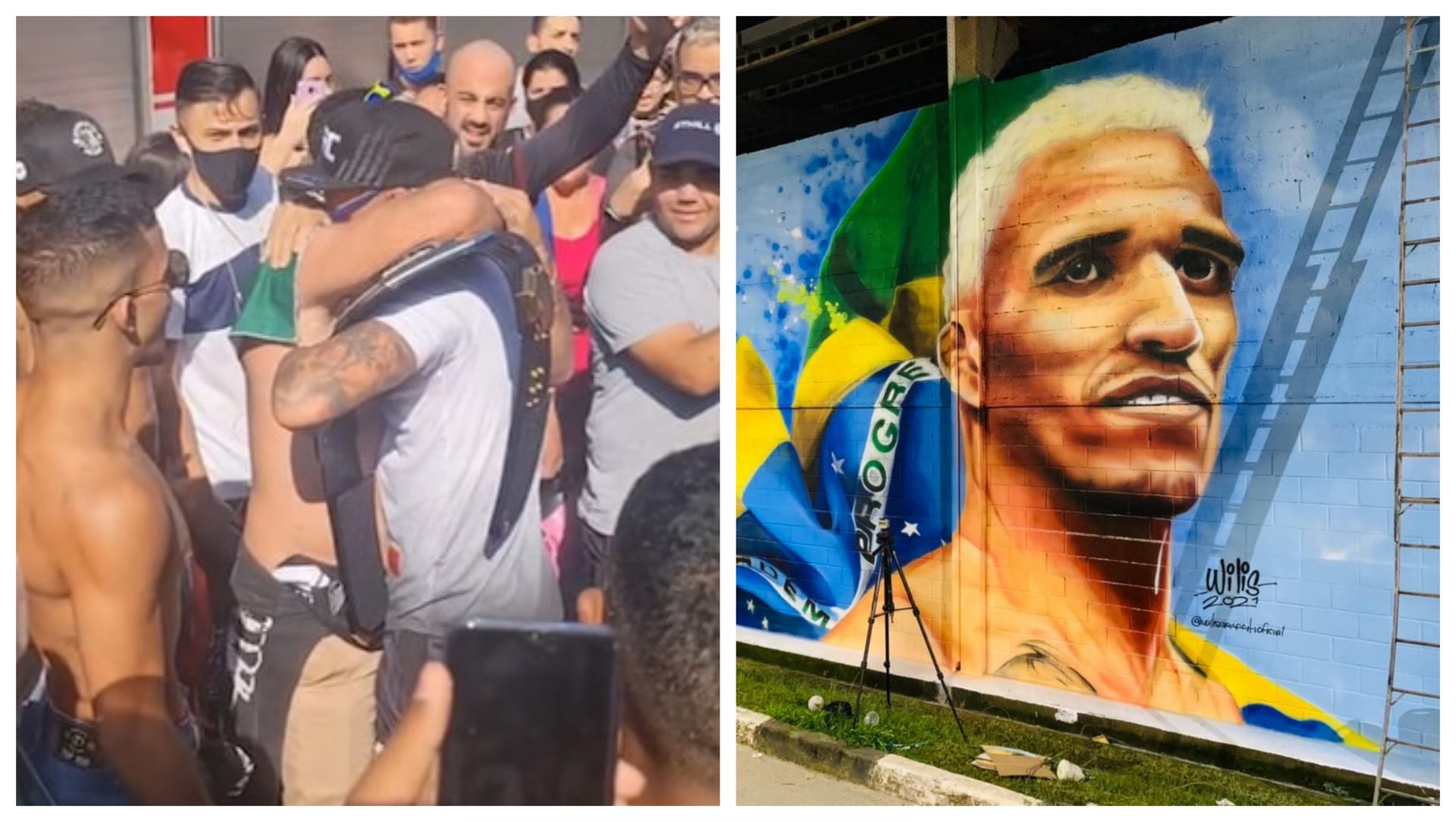 After spending ten years in the UFC, Charles Oliveira finally earned his title shot. The Brazillian made sure to leave no stones unturned to capitalise on the opportunity, and the new Lightweight champion has received a hero’s welcome in his home country.

Against former Bellator legend and promotion newcomer Michael Chandler, many did not consider Oliveira, the veteran to clinch the vacant Lightweight championship, which was previously in possession of Khabib Nurmagomdov.

The Toyota Center in Houston, Texas on 15th May saw an incredible result, as Oliveira delivered a brutal left hook early in the second round to Chandler, as the three-time Bellator Lightweight champion dropped, earning Oliveira a TKO win.

ALSO READ: Michael Chandler not fazed by loss at UFC 262, vows to become UFC champion within a year

Charles Oliveira lands in Brazil as a champion

As the new, reigning undisputed Lightweight Champion of the World, “Do Bronx” brought the belt back to Brazil, six years after Rafael dos Anjos won it at UFC 185 on 14th March, 2015 in Dallas.

After touching down in his home country, the Samba superstar was seen atop a fire truck, along with the coveted belt, with a crowd of his countrymen standing below to welcome the new champ. Subsequently, he went down and received some warm gestures from the fans.

Oliveira’s 2nd round TKO of Chandler marked his 17th finish in the UFC, which is a new promotional record. The 31 year old is now on a nine fight winning streak, coming from a unanimous decision victory over fellow Lightweight stalwart Tony Ferguson at UFC 256 back in December last year.

Looking forward, its highly likely that Oliveira will have his first title defense this year, and the most probable two names that are potentially his upcoming contender are former Lightweight champion Conor McGregor and Dustin Poirier.

McGregor and Poirier, who clashed for the second time earlier this year at UFC 257, where the latter picked up a TKO win, will lock horns for the third time again this year at UFC 264 on 11th July, a fight which is expected to be pivotal to determine Do Bronx’s next opponent.

Alongside Conor and Dustin, Justin Gaethje is also a likely option. The “highlight”, who is a former interim champion, was last seen in action against Khabib at UFC 258, and a second straight title shot will be highly anticipated by Gaethje. Moreover, Beneil Dariush and Islam Makhachev are also the probables to challenge Oliveira’s title reign.