UFC: Alex Oliviera on fighting Mike Perry: I want to knock him out fast so I get the bonus 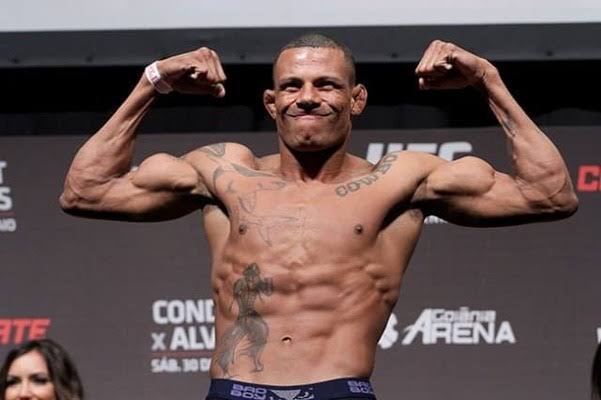 UFC on ESPN+ 8 card in Miami, Florida, this weekend has caused some waves across the MMA community, not only due to it’s headliner, but the antepenultimate bout on the card. The bout features an absolute slugfest as Miami’s adopted son ‘Platinum’ Mike Perry takes on Brazilian Cowboy Alex Oliviera.

Oliviera was tearing through the stacked welterweight division until he met perennial contender Gunnar Nelson. Nelson handed Oliviera a defeat at a point which was pivotal for his career trajectory. The setback had Oliviera out of the rankings, which disappointed him the most. 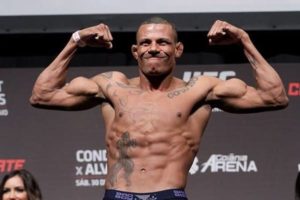 “Nobody likes to lose, but we have to learn when we lose and we’ve learn from our errors so that we don’t commit them again,” Oliveira told MMA Junkie through a translator at a Thursday media day ahead UFC on ESPN+ 8. “I got knocked out of the rankings. That really made me upset, so I’m really coming back to put myself back on track here.”

Best way to deal with a setback, Win! Exactly what Oliviera aims for, this time however, without wasting much time as it would probably hand him some extra bonus.

“I want to knock him out fast so I get the bonus,” Oliveira said.