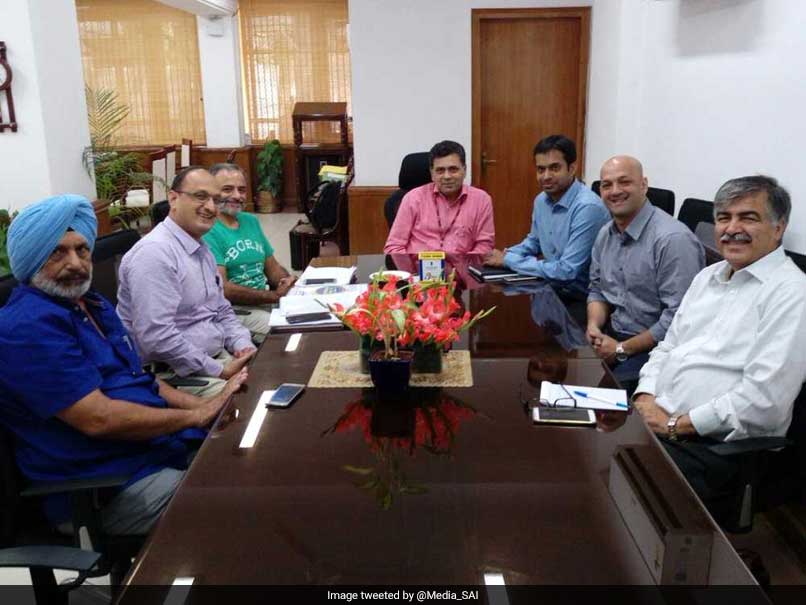 The Olympic Task Force was a pet project of Prime Minister Narendra Modi after the 2016 Rio Olympics where India got a ‘bounty’ of two medals, one silver from P.V.Sindhu in badminton and one bronze from Sakshi Malik in freestyle wrestling.

Finally someone realised that something needs to change if India were to fulfil it’s true potential and that a group of individuals with the highest integrity and passion for sports needed to be put together  for preparing an action plan for next three Olympic Games 2020, 2024 and 2028

The Olympic Task Force put together consisted of – 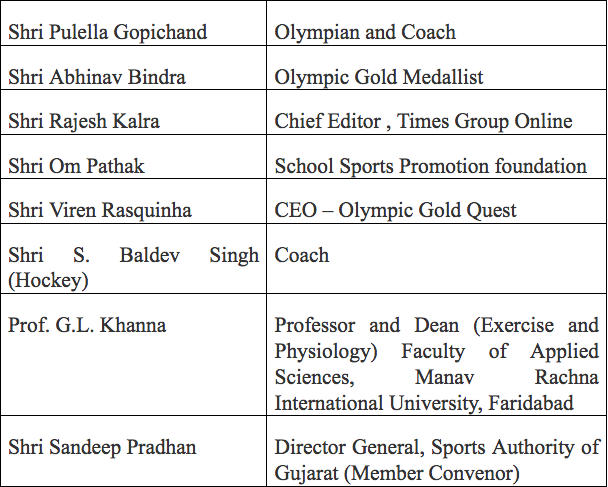 The suggested Terms of Reference of the Task Force were:

Finally on August 11th 2016 the Task Force submitted it’s recommendations to the government and in the words of Mr Rajesh Kalra, Task Force member, ‘It involved months of deliberations, discussions, back n forth, meeting stakeholders, hearing everyone patiently, preparing drafts, agonising over nuances, sleepless nights, arguments and we finally completed around dawn yesterday. We think we have given it our best shot and that its implementation may result in transforming Indian sports. 2020 is too close, but a beginning can be made right away. Implementation would be the key! Ball is now in the government’s court, but, we must acknowledge, the government itself asked us to recommend measures for improvement.’

The Olympic Task Force put out a statement on Facebook-

We finally handed over the Olympic and Paralympic 2020 recommendations to the government yesterday. It took some time because there were far too many stakeholders who had to be met, their issues understood and the most appropriate and practical steps recommended.

We have recommended the creation of a professional set up – Empowered Steering Committee – to look after athletes’ preparation. The dictum behind each recommendation is that it should be Athlete-centric, Coach-led and System- driven.
The committee will now work at preparing the final report, the seeds of which have been laid in the 2020 report. Of course, it would have a lot more details and would look at long term measures as well.

While we get busy with that, please find below the key takeaways from the 2020 report:-

1. The task force made a point strongly that all recommendations should apply to Para athletes as well. Towards that, the report itself has been titled “Preparation of 2020 Tokyo Olympic and Paralympic Games”.
2. Set up an Empowered Steering Committee to drive all initiatives. This body will be solely responsible for ensuring proper preparation for Tokyo 2020 Olympics. This body should also have full financial autonomy.
3. An internationally acclaimed High Performance Director (HPD) be appointed to work with the Empowered Steering Committee.
4. Removing cap on salary for Indian coaches and support staff. Former athletes should be encouraged to return to coaching/support staff/technical field through deputation from various organisations. While this happens, they should retain their seniority in their respective organisations.
5. Pradhan Mantri Gold Card should be issued to the elite potential athlete & their coaches as an identity of being a ‘National asset’. This card will also provide facilities for emergency quota for air/train/bus tickets and hassle free access at various places.
6. A special cell within ESC should be established to take care of all the logistical issues for athletes, so they can concentrate on training alone.
7. Sports Science to be accorded top priority. It must play a key role in assisting HPD, Coaches to deliver results. It will ensure all sportspersons have access to the latest in the world, be it medicine, nutrition advise, anti-doping, etc. Athletes should also have access to a 24×7 NADA helpline where they can seek advise on any doubt.
8. Primacy of Athletes and Coaches to be maintained at all times. ESC and HPD to work towards creating an environment that allows them to deliver. Would include infrastructure, equipment, training camps and all else.

Now the question is how is this relevant to Combat Sports in India?

The main point we would like to bring up is the last one as mentioned in the Olympic Task Force’s statement ‘The primacy of athletes and coaches to be maintained at all times’.

Far too many times have we seen that the athletes are the last consideration in decisions taken by the so called Combat Sports bodies(not that other national sports bodies have been any better) and a look at the Nationals that some of them hold would be evidence of that. Almost an eyewash for just creating a record and statistic of having had a National, the Combat Sport bodies have to realize that sports and the outlook to sports in India is changing and hopefully the implementation of the Task Force recommendations will end the ‘Ji Hazoori’ culture which the athletes have to endure if they want to be picked for league teams or be picked for the ‘Indian team’ that they put together depending on who can get a visa AND pay the ‘requisite fees’ to be able to go abroad and fight.

Let’s see if the Combat Sports bodies would care to think ahead and implement the Task Force recommendations if they really want to be taken seriously. The MMA India Show will be the first to congratulate those who do.

Previous articleMayweather vs McGregor: Conor McGregor Media Day Workout
Next articleJon Jones Looking for His Big Money Fight. Might Have to Wait for a Very Long Time.