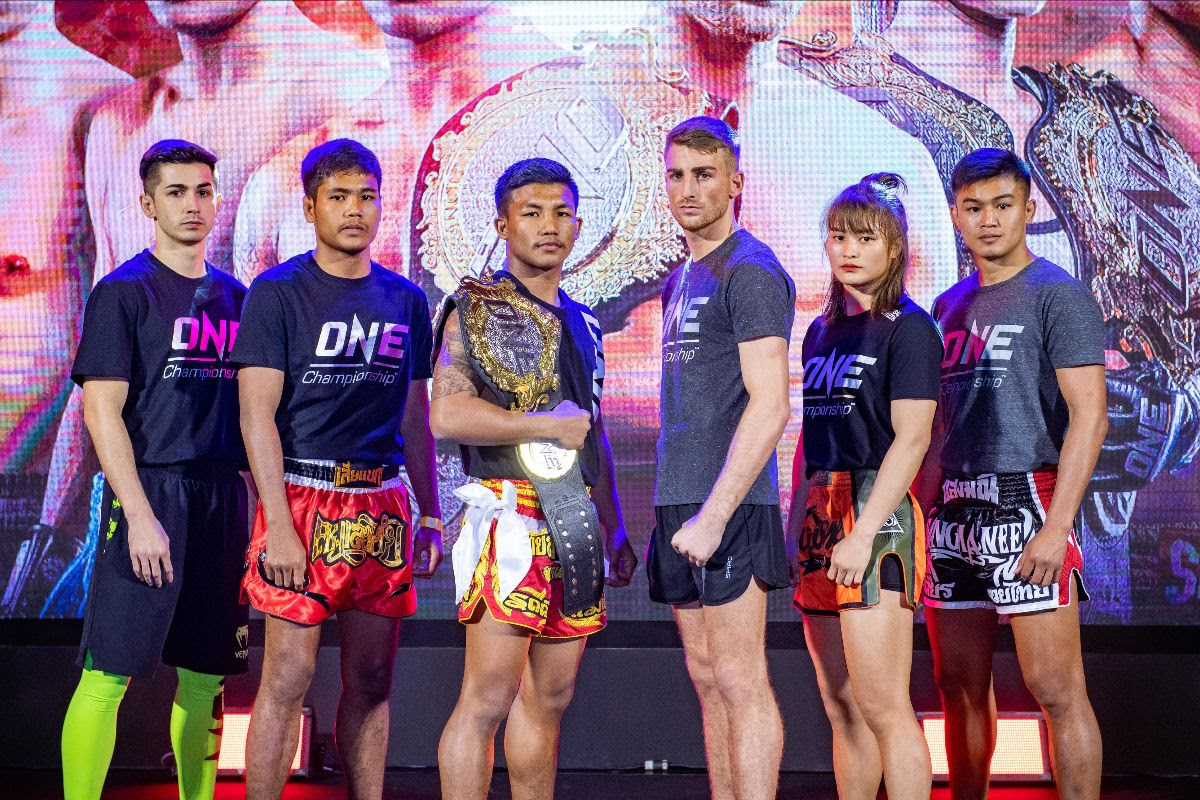 The largest global sports media property in Asian history, ONE Championship™ (ONE), recently held the ONE: A NEW TOMORROW Official Kick-Off Press Conference at the Hyatt Regency Bangkok Sukhumvit Hotel ahead of Friday night’s blockbuster event at the Impact Arena. 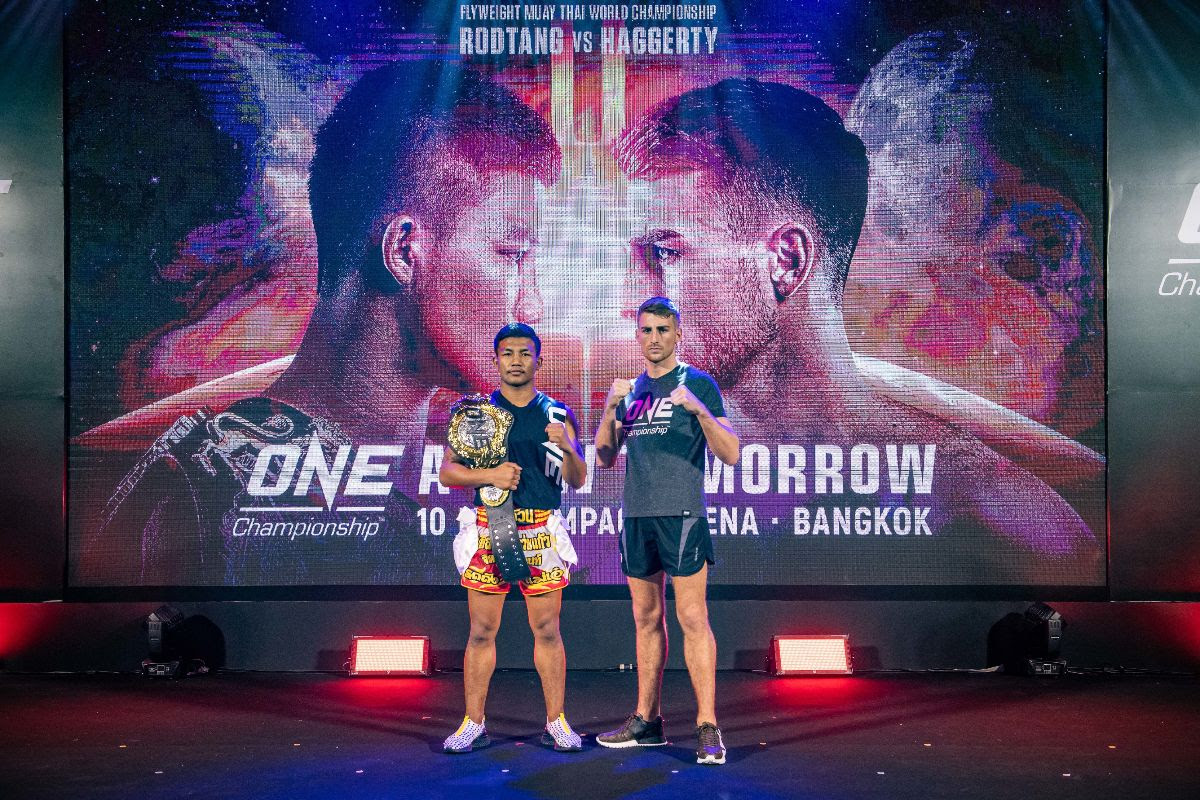 Before various local and international media, ONE Championship announced a partnership with the Sports Authority of Thailand (SAT).

ONE Championship’s partnership with (SAT) aims to further develop the sport of Muay Thai on a global scale. The collaboration will see both organizations work together to establish ONE HERO SERIES MUAY THAI in Thailand, which seeks to discover grassroots Muay Thai talent in both the local and international level.

The goal of ONE HERO SERIES is to provide young, up-and-coming Muay Thai athletes the global platform to showcase their skills, and carve a path towards having a sustainable professional career in the sport.

Chatri Sityodtong, Chairman and CEO of ONE Championship, stated: “I am excited to announce a partnership with the Sports Authority of Thailand. Together, we will work towards developing the sport of Muay Thai not just in the country, but also on a massive global scale. There is a lot of spectacular Muay Thai talent in Thailand. As an organization, we want to be able to give them the tools they need to be successful. ONE Championship is also ready for another epic year of martial arts. We have incredible plans over the next 12 months, starting right here in Bangkok. Our ONE Championship athletes are ready to showcase their incredible skills this Friday night.”

Jitinat Asdamongkol, President of ONE Championship Thailand, stated: “It is our absolute honor to have the Sports Authority of Thailand here in attendance today, as we announce our partnership. At ONE Championship, we have a huge responsibility to guide the next generation of martial artists towards becoming honorable and respectable athletes. As the world’s largest martial arts organization, we believe developing our martial arts talent in the true Asian values is of utmost importance. This partnership with SAT helps us provide our youth with a bright future, and a viable career in Muay Thai. Thailand is always at the forefront of ONE Championship’s exciting events. This first event of 2020, ONE: A NEW TOMORROW, promises to be something special. It’s going to be amazing to witness all the world-class martial arts talent in the country as they delight the fans with epic performances. I cannot wait for this Friday night!”

Tanukiat Janchum, Director of Professional Sports Development and Boxing Department, stated: “We are excited to announce this partnership with ONE Championship, with our goal of raising the profile of the sport of Muay Thai. Muay Thai is steeped in Thai martial arts history. It is a representation of our people and our culture. The sport deserves to be showcased on a global scale, to millions of people around the world. Through this partnership with ONE, we can leverage both of our resources to bring the action and excitement of authentic Muay Thai to fans across the globe.”

Rodtang Jitmuangnon, ONE Flyweight Muay Thai World Champion, stated: “I’m honored to be defending my ONE Flyweight Muay Thai World Championship on the first main event of the year, and more importantly, I am very happy to be able to do it in front of my home country in Thailand. Jonathan Haggerty is a very talented fighter and he is a former champion. In our first fight, we put on a great show for the fans, and I am sure that we will do the same in this rematch. I am also sure that like in the first fight, I will show everyone that I am the better fighter and the rightful champion.”

Jonathan Haggerty, former ONE Flyweight Muay Thai World Champion, stated: “I am thankful to ONE Championship for giving me the opportunity to challenge for the title again, and I am thankful to Rodtang for accepting the bout. I am excited to be able to compete in Thailand, and I welcome the pressure of being the visitor in hostile territory, so to speak. Rodtang is a fantastic champion and he pushed me to my limit during our first meeting. But now, I am back to take down another Thai legend and reclaim my ONE Flyweight Muay Thai World Championship.”

Stamp Fairtex, ONE Atomweight Kickboxing and Muay Thai World Champion, stated: “It is always an amazing experience to be competing at home, and I am happy that I get to kick off what I believe will be the biggest year in my career in my home country of Thailand. I am excited to continue this path to a mixed martial arts world championship, I get to prove my worth against another tough challenge in Puja Tomar. Puja is a veteran and I know she will give me a good fight, as I know that I can overcome any challenges that she may pose. I promise that I will soon bring the ONE Women’s Atomweight World Championship home to Thailand as well.”

Sangmanee Sathian Muaythai Gym, ONE Championship athlete, stated: “Competing on the main card of the first ONE event of the year in Thailand is a massive honor for me, and I promise to do my home country fans proud. Kenta Yamada is a veteran and a very talented fighter, and I know that we will put on a great show for the fans in Bangkok. I believe that a win here will move me one step closer to my goal of becoming a world champion.”

Muangthai PK.Saenchaimuaythaigym, ONE Championship athlete, stated: “I am thankful to ONE Championship for giving me another opportunity to perform in front of my Thai fans. I believe that it’s important to start the year strong, and that is exactly what I plan to do. Brice Delval is a dangerous competitor and a former title contender, and I am excited to test myself against a fighter of his caliber. We will give the fans a great fight, that I can guarantee.”

Victor Pinto, ONE Championship athlete, stated: “I am very excited to finally make my ONE Championship debut, and in Thailand, no less. Thailand is like a second home to me, and to be able to make my ONE debut here is a blessing. I seize this opportunity to introduce myself to the world and to the ONE Championship fans. I promise this will be an exciting bout so be sure to tune in.”