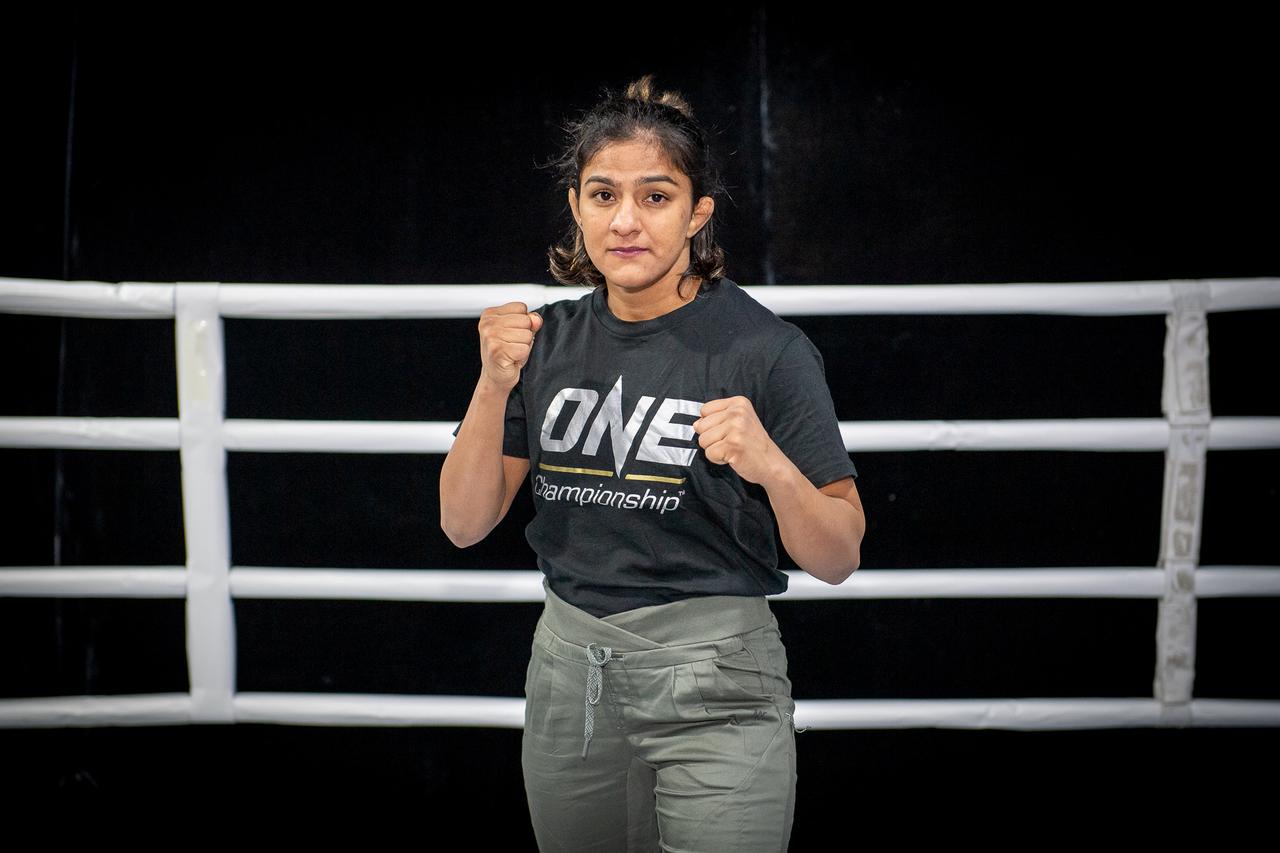 Ritu Phogat proved that there are levels to the game of Mixed Martial Arts, taking down her opponent at will en route to a dominant first round stoppage win in her pro debut at ONE: Age of Dragons.

Walking into a country where Dangal was a very popular film, Phogat enjoyed the vocal support of the audience and proceeded to give them more to cheer about with her performance.

It didn’t take long for her to attack her Korean opponent Nam Hee Kim with a single leg, so as to avoid getting into her guard, and was content to posture up and strike. Hee Kim, however, did a great job with holding her down and limiting the action the first time the fight hit the ground, forcing Phogat to get back up to her feet and reset.

The second takedown however, that didn’t take too long to come, didn’t end well for the Korean. The Indian Tigress moved seamlessly from side control to a crucifix and started raining down punches and elbows, forcing referee Olivier Coste to step in in just 3 minutes 38 seconds of the very first round.

After Roshan Mainam’s hugely successful ONE debut last week, Ritu Phogat follows suit with a dominant showing of her own.