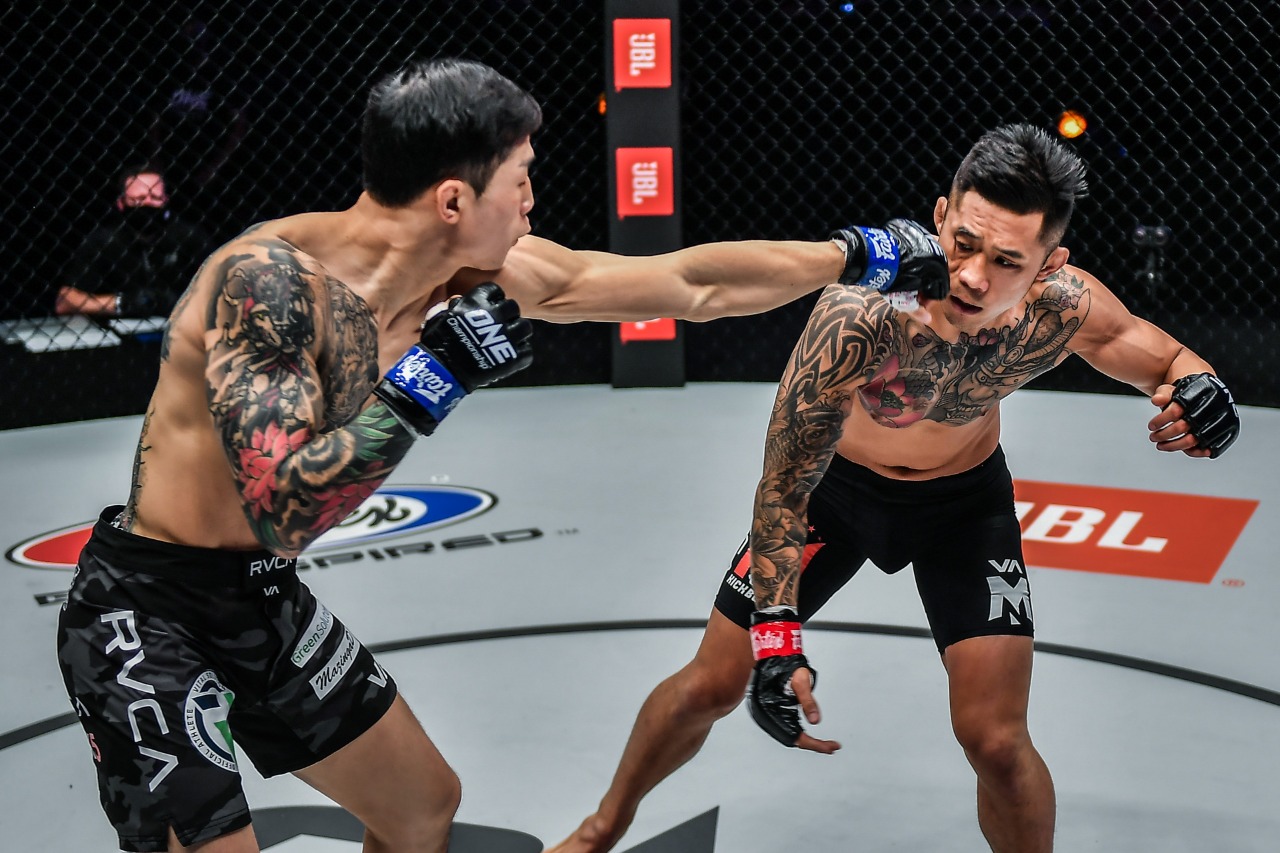 Recently, there was a lot of movement in ONE Championship’s Athlete Rankings.

“The Fighting God” Kim Jae Woong’s sensational win over former ONE Featherweight World Champion Martin “The Situ-Asian” Nguyen at ONE: REVOLUTION on Friday, 24 September, lifted him to the #1 spot in the ONE featherweight division.

Kim’s win saw him climb up four spots, which in turn caused a major shift in the weight class.

The only athlete whose position remained unchanged in the featherweight division was #3-ranked Garry “The Lion Killer” Tonon. The grappling wizard takes on knockout specialist Thanh Le for the latter’s ONE Featherweight World Title at ONE X slated for Sunday, 5 December. A victory for the multiple-time BJJ No Gi World Champion could lead to more movement across one of the most stacked divisions in ONE Championship.

In the strawweight division, Filipino star Lito “Thunder Kid” Adiwang broke into the top five rankings following his commanding display against “Wolf of the Grasslands” Hexigetu in their ONE: REVOLUTION lead card battle. He now sits at #5.

Yosuke “The Ninja” Saruta maintained his spot as the #1-ranked athlete despite losing to old nemesis Joshua “The Passion” Pacio for the ONE Strawweight World Title. However, Bokang “Little Giant” Masunyane, Hiroba Minowa, and Alex “Little Rock” Silva moved up a spot, respectively.

Moving on to the lightweight division, Shinya “Tobikan Judan” Aoki gained a position to sit at #2, while Dagestani BJJ Champion Saygid “Dagi” Guseyn Arslanaliev dropped to #3. “Tobikan Judan” was in the headlines recently after he called out Yoshihiro “Sexy Yama” Akiyama at a Road to ONE event in Japan. There has not been any confirmation as to whether the two Japanese mixed martial arts icons will fight, but fans can expect an absolute banger if they do.

There were some shifts in the bantamweight kickboxing ranks too. Petchtanong Petchfergus’s win against “Muay Thai Boy” Zhang Chenglong on 24 September saw them swap spots as the #4 and #5-ranked contenders in the weight class. The top three in the division remained unchanged: Alaverdi “Babyface Killer” Ramazanov (1), Nong-O Gaiyanghadao (2), Hiroki Akimoto (3).

It has been an action-packed year for ONE, and more movement should take place in the rankings now that ONE: FIRST STRIKE has ended.

Indian fans could see some changes in the women’s atomweight rankings when mixed martial artist Ritu “The Indian Tigress” Phogat competes against Itsuki “Android 18” Hirata in a ONE Atomweight World Grand Prix semifinal clash at ONE: NEXTGEN on Friday, 29 October.

The Commonwealth Wrestling Gold Medalist who competes out of Evolve MMA is the #4-ranked athlete in the weight class, and a win would book her a place in the finals and could see her climb the rankings.

Download the ONE Super App for more breaking news.