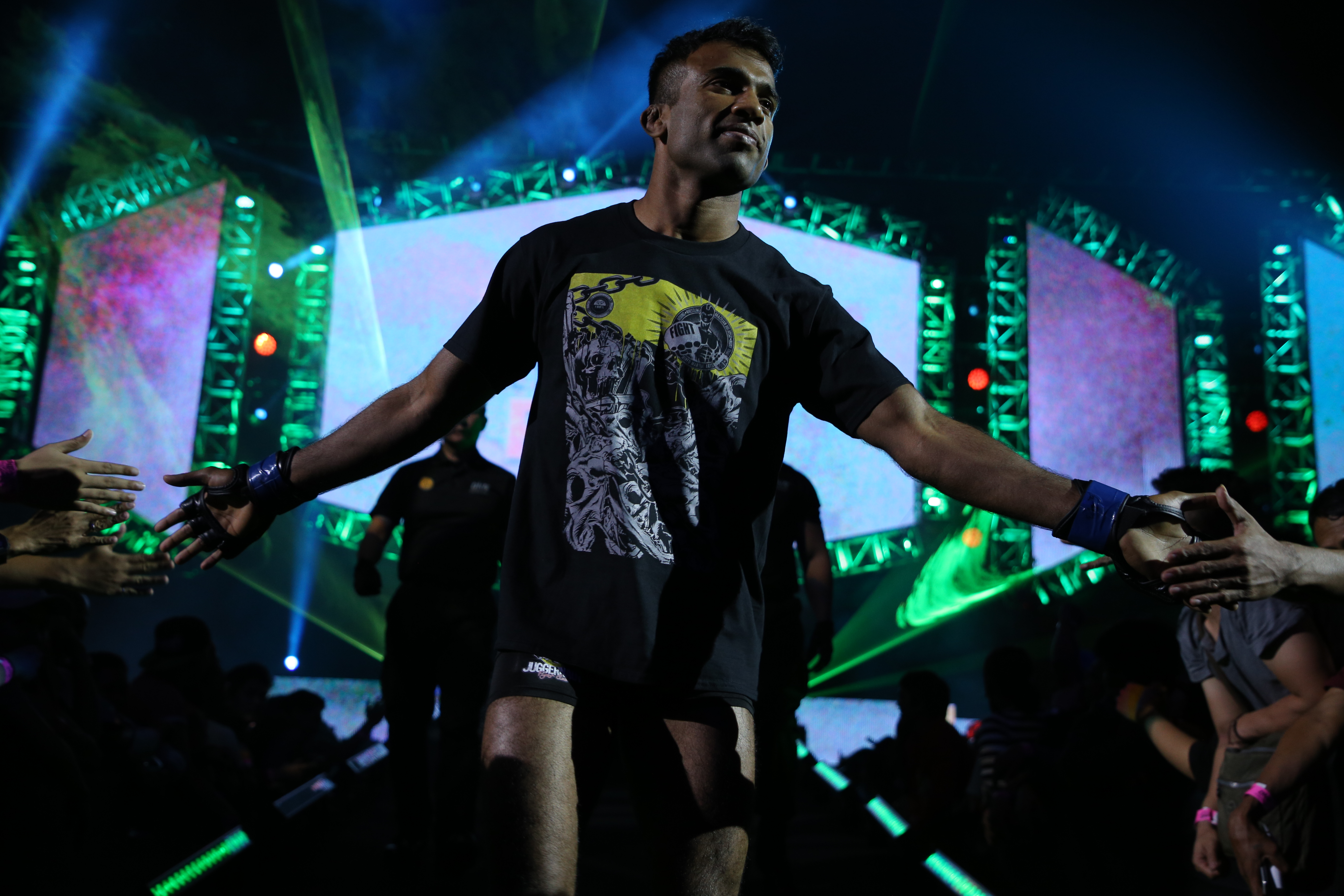 True warriors are in constant pursuit of challenging themselves and testing their skills against the best. One such warrior is “The Kerala Krusher” Rahul Raju.

It was not a path that a young Raju would have dreamed of taking.

“I was a kid who carried a lot of energy that got into a lot of trouble frequently and always dreamed about being a police officer one day,” he said.

While Raju would start training in shaolin kung fu as early as 14 years old, it would be driven more by self-defense rather than wanting to pursue a career in professional martial arts. After all, India’s mixed martial arts scene has faced countless challenges throughout the years.

At 19, the Kerala, India native would leave home to take up Mechatronic Engineering at Temasek Polytechnic in Singapore.

“While I was studying, I trained silat for a year in Temasek Poly and after I graduated, I started training in mixed martial arts at Juggernaut Fight Club.”

Despite pursuing a career as an assistant engineer in a semiconductor company, his re-ignited passion for martial arts was too strong that he would instead decide to become a coach in the same club that he trained in.

In November 2014, he started competing in the amateur ranks before turning pro in 2016. His unforgiving offense helped him finish off four of his first six opponents in the cage and while earning himself an intimidating nickname.

“I always try to put the pressure on my opponents literally ‘krush’ them, so my head coach Arvind Lalwani gave me the name ‘Kerala Krusher.’”

The 27-year-old would compile an impressive record of five wins against one loss, with four of the five wins not going beyond the first round, which helped him earn a call from ONE Championship.

Unfortunately, it hasn’t been a dream start for him – he lost in a flash against Shannon Wiratchai in his debut at ONE: IRON WILL and most recently succumbed to a third round submission by Garry Tonon at ONE: REIGN OF KINGS.

Like a true warrior though, Raju takes his twin defeats as learning opportunities and is now raring to get back in the cage as soon as possible.

“As soon as possible, November or December at the most,” he said, when asked when he would be ready to compete in the cage again. “I want to end this year with a good finish (by taking a) victory.”