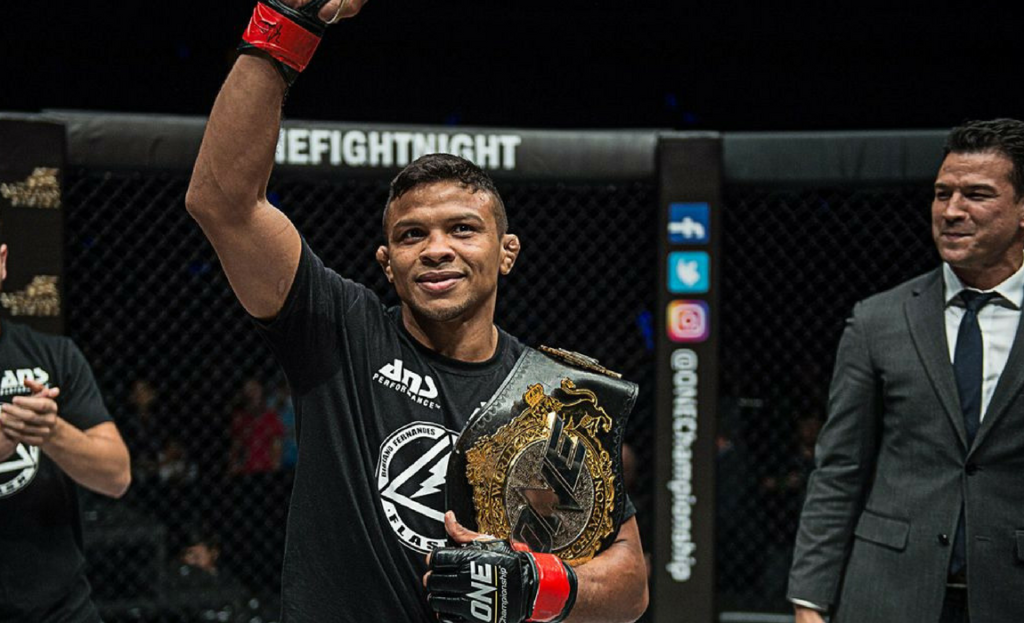 Bibiano Fernandes successfully retained the ONE championship Bantamweight championship at ONE: Iron Will by securing a split decision win over Martin Nguyen.

Nguyen, who was looking to become a three-division champion at the event, delivered a strong performance which was apparently not enough to get him the win.

After a slow start, Nguyen found success with a few low leg-kicks towards the end of first round. Bibiano was visibly rocked due to the same and shot for a takedown whenever he got the chance.

The slow pace of the fight continued in the second round as well with occasional spells of action from both fighters. The aggression level went up in the third and Bibiano was busted open in the closing minutes.

After two more rounds, the judges ruled in favour of Bibiano via a split decision.

In the co-main event of the night, Jeremy Miado secured a knockout victory when he stopped Dejdamrong Sor Amnuaysirichoke. With the win, Miado bounced back strongly from his last outing where he was on the receiving side of a TKO stoppage.

It was not a good day for Indian MMA as Rahul Raju suffered a first-round KO defeat against Shannon Wiratchai. Rahul was on the aggressive in the opening seconds but he was soon put to sleep by a vicious hook from Wiratchai. The flash KO improved Wiratchai’s record to 9-2 when Rahul is now 5-2 in his career.

Elsewhere, prior to Rahul’s fight, Gary Tonon made a dominant statement in his MMA debut when he stopped Richard Corminal in the first round via a TKO. There was a lot of hype surrounding his debut and it’s safe to say that the grappler lived up to the expectations. Alain Ngalani also got a win at the event when he edged out Ariunbold Tur-Ochir via a split decision.

Below are the results from the event

Previous articleUFC: Duane Ludwig reveals who he’d like T.J. Dillashaw to fight, if the Demetrious Johnson fight fails to happen
Next articleUFC: Josh Barnett has been cleared to fight by the USADA