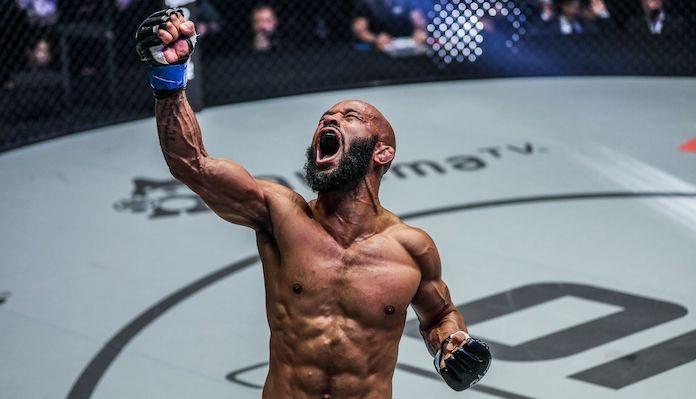 ONE Fighting Championship landed in Tokyo, Japan at the Ryogoku Sumo Hall in Tokyo, Japan for it’s most stacked fight card which included a stacked main event where legendary Japanese fighter Shinya Aoki fighting Eduard Folayang for the lightweight title. 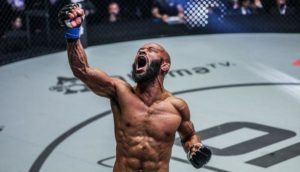 ONE middleweight and Light heavyweight champion Aung La Nsang brutally knocked out Ken Hasegawa in the second round. This fight was the rematch. Both guys were involved in an amazing war last year. “The Burmese Python” boosts his win streak to six while defending his ONE middleweight title for the third time.

We didn't get another war, but Aung La N Sang (25-10, 1 NC) collapses Ken Hasegawa once again! "The Burmese Python" boosts his win streak to six and defends his middleweight belt for the third time. Myanmar's hero owns 23 finishes, each of the last four by knockout. #ANewEra pic.twitter.com/oHphdN0lAY

Aung La Nsang is now all set to fight former UFC fighter, Brandon Vera for the light heavyweight title in Japan in October.

Former UFC lightweight champion Eddie Alvarez was also brutally knocked out by Timofey Nastyukhin in the first round. Nastyukhin landed few good uppercuts and with a minute remaining in the clock, he clipped Alvarez with a left hook which dropped him.  Nastyukhin then followed up with punches and the referee stepped in to stop the contest.

Timofey Nastyukhin SHOCKS THE 🌏! The Russian warrior knocks out Eddie Alvarez at 4:05 of Round 1 to advance in the ONE Lightweight World Grand Prix! #WeAreONE #ANewEra #Tokyo #MartialArts pic.twitter.com/YxUV0TSnFR

Nastyukhin then followed up with punches and the referee stepped in to stop the contest. Alvarez was part of the eight-man tournament.

UFC flyweight champion Demetrious Johnson also made his ONE fighting championship debut Yuya Wakamatsu. The fight started pretty evenly and was a close one, but as it progressed it clearly looked like Johnson was the superior fighter of the two. Initially, Wakamatsu caught Johnson with few good shots and displayed an amazing amount of athletic ability.

Demetrious Johnson makes a STATEMENT in his ONE debut, submitting Yuya Wakamatsu with a tight guillotine choke at 2:40 of Round 2! @MightyMouse #WeAreONE #ANewEra #Tokyo #MartialArts pic.twitter.com/K4yOpTfmQJ

But ultimately at the at 2:40 mark of Round 2, Johnson submitted Yuya Wakamatsu with a tight guillotine choke. He advances into another round of the eight-man tournament.