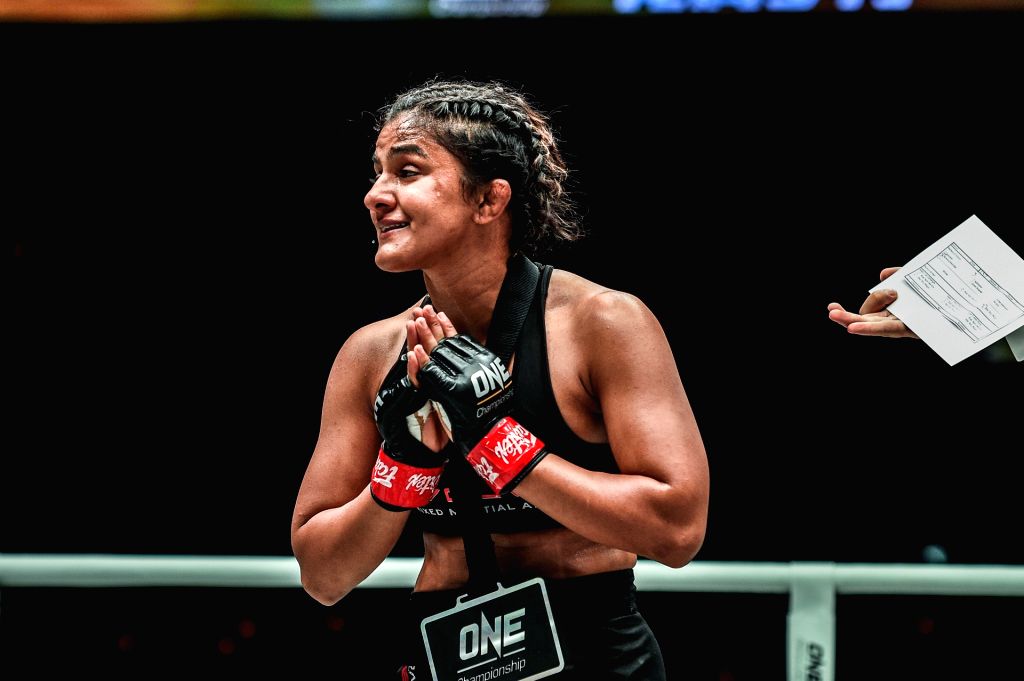 Indian MMA star Ritu Phogat secured her second professional win last month in Singapore at ONE: King of the Jungle. Her win came against Chiao Chen Wu via unanimous decision.

In this fight, Ritu Phogat showed her elite ground game and dominated her opponent over three rounds. This was her second consecutive victory as her previous one came against Nam Hee Kim via TKO in the first round. 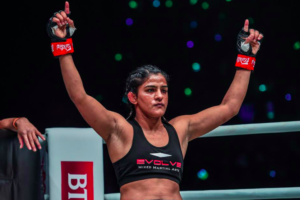 Given her wrestling background, Ritu Phogat is without a doubt one of the most dominant wrestlers in ONE Championship. Her coaches at EVOLVE MMA want Phogat to use this to her advantage inside the cage. She also broke down her recent victory over the Chinese.

“Coming from a wrestling background, grappling is one of my strengths, so I try to use that to my advantage,” she said.

“My coaches at Evolve MMA wanted me to capitalize on my ground game advantage,” Phogat said. “I was trying to get into a good position in each round and land a few strikes.”

“I have to keep pushing and working on securing dominant positions with my opponents so that I can use my skills to my advantage in the future,” she said.

“I know I have a lot to work on for striking,” she continued. “I had to be on top of my game for all three rounds in order to come out victorious.”

Ritu Phogat says she has to improve a lot

While Ritu is a wrestling phenom, she believes that she has a lot of room from improvement. She has identified some of the things that need to be worked on.

“I was committed to finding an opening and keeping the position. If you put enough pressure while you’re on top, sometimes you will find an opening that you can use to your advantage,” she said.

“I have a lot to improve on and I’ll keep working hard to constantly evolve as an athlete and be well prepared for my next match.” (H/T – Yahoo.com)

Who do you guys want to see Ritu Phogat fight next?