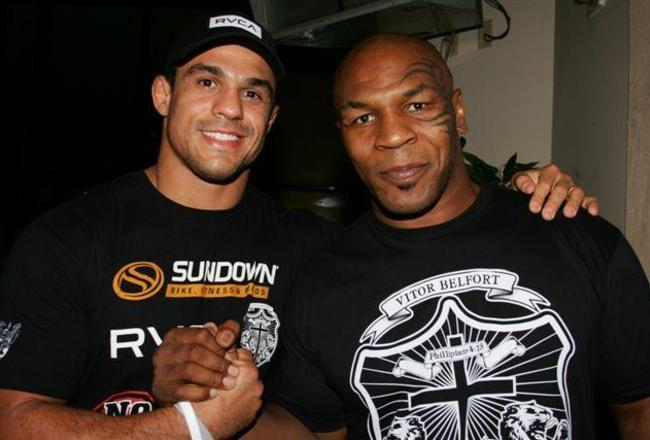 Last weekend, former heavyweight champion of the world Mike Tyson made an appearance on AEW Double or Nothing.

Tyson was present ringside at the event and there were expectations if the saddest man on the planet would get inside the ring. He didn’t get inside the ring, instead, he was holding the title for the main event match between  Cody and Lance Archer. 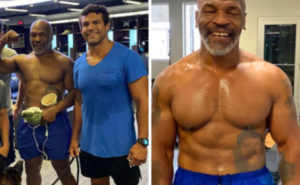 Tyson was seen at the AEW event in Jacksonville, Florida alongside former UFC light heavyweight champion Vitor Belfort. The former UFC champion floated the idea of stepping inside the world of professional wrestling alongside Mike Tyson in a tag team match.

“I think AEW should have Mike [Tyson] and myself do a tag team match against two of their champions,” said Belfort.

“Tony [Khan], the owner of AEW is a good friend of mine. That for me is a great idea and I’m open to it.”

“I think that (to fight again) is a decision Mike [Tyson] has made for himself. It takes a lot of courage to step back in the ring, especially at that age. I admire him for his bravery and wish him the best of luck,” said Belfort.

“He needs to train smart because what used to work for him before might not work for him now. This is new ground he’s discovering for himself, and it’s a wonderful journey.”

Belfort also revealed that only the right type of match up could bring Mike Tyson back from retirement.

Several opponents have been named for Tyson’s possible return to the cage. The likes of Evander Holyfield, Tito Ortiz, Wanderlei Silva, Shannon Briggs, etc are some of the possible opponents.

Vitor Belfort himself signed with ONE Championship last year and is scheduled to make his MMA return against Cameroonian powerhouse Alain “The Panther” Ngalani.

See how ripped Mike Tyson looks even at 53!