ONE: DAWN OF VALOR OFFICIAL OPEN WORKOUT PHOTOS AND QUOTES 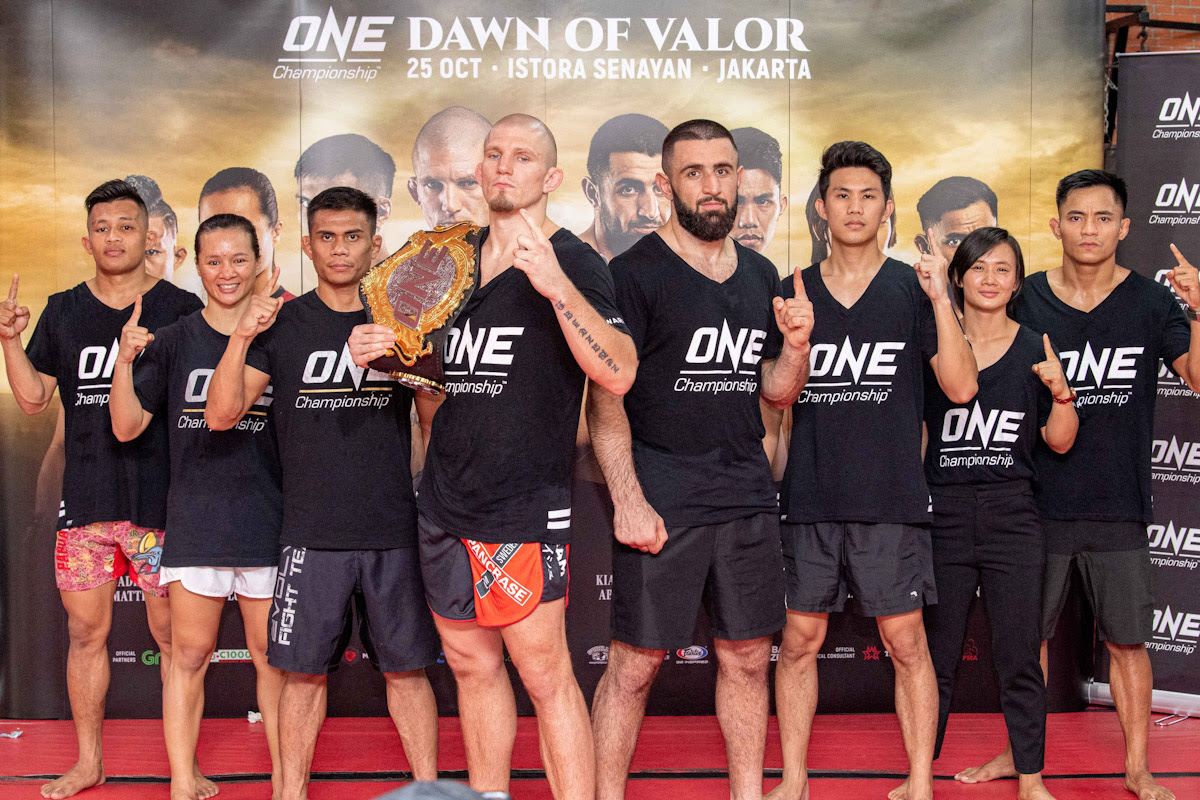 The largest global sports media property in Asian history, ONE Championship™ (ONE), recently held the ONE: DAWN OF VALOR Official Open Workout last Tuesday, 22 October at the Syena Martial Arts Center in Jakarta.

Kiamrian Abbasov, ONE World Title Challenger, stated: “This is a great opportunity for me, I am blessed to be in this situation, challenging for the world championship. But I know that I’ve worked hard for this and it is my time to realize my dream of becoming a world champion. Zebaztian Kadestam is a great champion and a great fighter, but I am coming for that belt with everything that I have. I’m prepared to go the full five rounds, but make no mistake about it, I will be looking for the finish.”

Priscilla Hertati Lumban Gaol, ONE Athlete, stated: “Competing in Jakarta again is a blessing, it always is, and I’m really happy to be performing again in front of my home country and fans. I believe that a win here will put me on track to becoming a top contender in the ONE women’s atomweight division, so this will be a really big match for me. I have worked and trained hard for this, and I am ready to give myself and my country the victory.”

Bozhena Antoniyar, ONE Athlete, stated: “I’m coming off a really big win, and I believe that another win over a veteran like Priscilla will put me in line for a shot at the world championship. With that in mind, I plan on giving this match everything I have. I know Priscilla will have the crowd firmly behind her, but I believe in my capabilities and I know I have what it takes to come out victorious.”

Eko Roni Saputra, ONE Athlete, stated: “I am very happy to be back home, competing for ONE Championship in Jakarta. This will be my first time to perform in Jakarta under the ONE Championship banner, and I plan on making my people proud. This is an important bout for me because I want to be able to bounce back from my last bout and capture my first win in ONE Championship.”

Kaji Ebin, ONE Athlete, stated: “I’m excited to be back inside the Circle. Like my opponent Eko, I am also searching for victory on the biggest global stage of competition. We are both hungry and motivated and we will be ready to give the fans a great performance and an exciting contest.”

Stefer Rahardian, ONE Athlete, stated: “I’m coming into this fight highly motivated because I need to get back on track My last few bouts haven’t ended the way I wanted them to, but I believe I am more than ready to turn things around this time. I’ve been hard at work, honing my skills and now I’m ready to showcase my improvements. Adrian Mattheis is a great fighter, and since we are both from Indonesia, I know we will put on a great fight for our fans and our countrymen.”

Adrian Mattheis, ONE Athlete, stated: “Stefer [Rahardian] is a tough fighter and I know that he will be coming into this fight hungry and motivated. I believe I am more motivated because I need to keep my winning streak going. If I win this fight, I see myself being as one of the top contenders in the division, so I will do my best and make sure that I can get a victory at home.”