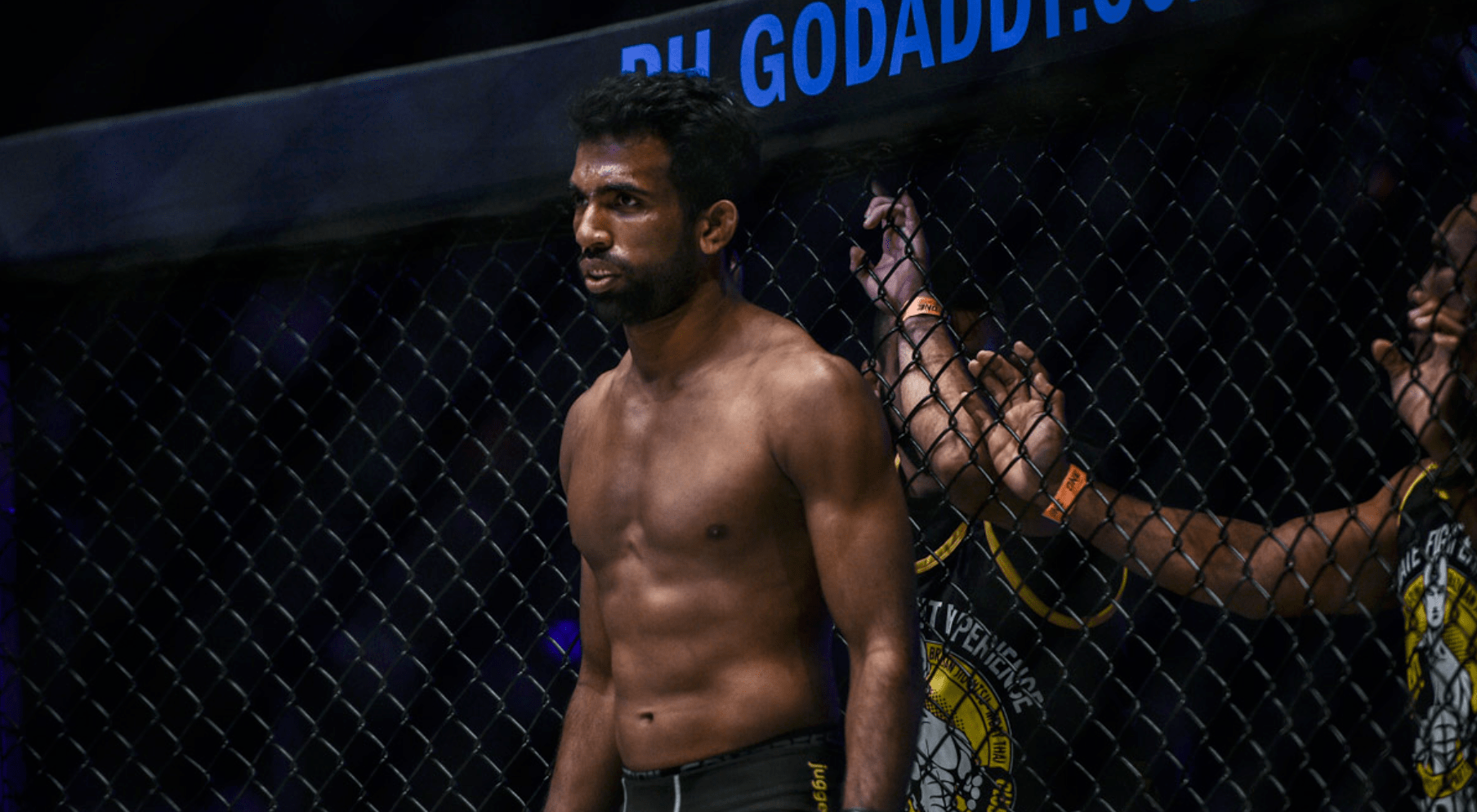 Rahul ‘The Kerala Krusher’ Raju choked out Furqan ‘The Lion’ Cheema in 3 minutes of Round 2 in their ONE: Edge of Greatness bout, claiming victory in a fight billed as India vs Pakistan.

The fight followed a similar pattern from start to finish, with both fighters a little hesitant to engage in striking – Raju in his desire to take it to the mat at the earliest opportunity and Furqan in an attempt to put some distance between him and his opponent.

Round 1 saw Rahul take Furqan down a couple of times, but the Pakistani fighter managed to defend well from the bottom and find his way back to the feet. However, he was called out by referee Olivier Coste for holding on to the ropes to prevent getting taken down.

Furqan was then shown a yellow card in the beginning of Round 2 when he caught hold of the rope yet again to prevent a takedown attempt, but it would be to no avail eventually as Raju did manage to hit a double leg takedown shortly after and clamp on to the Pakistani’s back as he tried to get back up.

This time, he sensed opportunity and sunk in the RNC, eliciting the tap from Cheema with 2 minutes left on the clock.