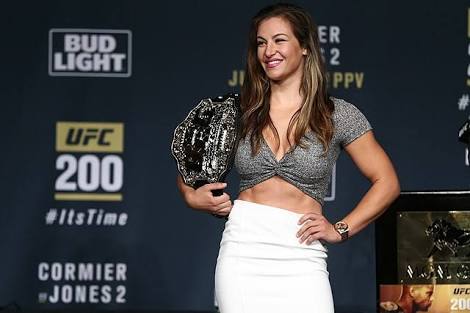 Heading into 2019, ONE FC is certainly the place to be.

The Asian powerhouse has been in the news nowadays firstly after getting hold of former Bellator and UFC lightweight champion ‘The Underground King’ Eddie Alvarez. The promotion bagged another big fish as former UFC flyweight champion and long time former pound-for-pound #1 Demetrious ‘Mighty Mouse’ Johnson agreed to join ONE FC in a monumental trade which has former ONE FC welterweight champion Ben Askren in the UFC.

However that’s not enough, ONE FC has now got another former UFC champion on their roster, none other than former UFC women’s bantamweight champion Miesha ‘Cupcake’ Tate. This time however, not as a fighter, but as a vice-president. 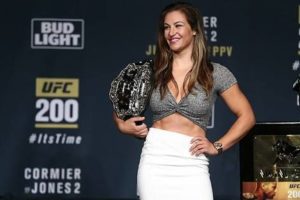 The news was first revealed by ONE CEO Chatri Sityodtong. “It is both an honor and a privilege to announce that women’s mixed martial arts world champion Miesha Tate will be joining ONE Championship as vice president”, Sityodtong said.

Tate, who retired from MMA in 2016, seemed to be honoured about getting the post as well and soon will be moving to Singapore.

“I am thrilled to join ONE Championship as a vice president,” Tate said in a statement in the ONE press release. “I truly believe in its mission of unleashing real-life superheroes who ignite the world with hope, strength, dreams and inspiration. I’m honored to bring my experience as a World Champion and to help inspire the next generation of athletes. And of course, I am excited to relocate to my new home, Singapore, and travel throughout Asia!”