ONE FC: Demetrious Johnson and Eddie Alvarez both debut for ONE in Japan, March 31st 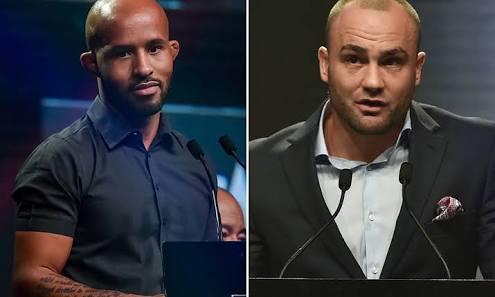 ONE FC will make their first visit to the land of Japan on March 31 next year and the card is STACKED!

The card will feature the much anticipated ONE FC debuts of former UFC flyweight champion and former pound-for-pound #1 Demetrious ‘Mighty Mouse’ Johnson and former UFC and Bellator lightweight champion Eddie ‘The Underground King’ Alvarez. Both the veterans are expected to fight as a part of One’s flyweight and lightweight Grand Prix respectively.

The later half of 2018 has been huge for the Asian giants as they pulled off the biggest trade in the history of Mixed Martial Arts as they received Johnson in exchange of ONE FC welterweight champion Ben Askren. Johnson had snapped his record holding 11 consecutive title defense streak after dropping a split decision to current UFC flyweight champ Henry Cejudo in August. He had achieved everything the organization had to offer hence the trade started snow balling on his request.

Alvarez (29-6, 1NC) on the other hand suffered a brutal TKO loss against former opponent Dustin Poirier in July. Alvarez, who had already clinched the UFC title and Bellator title before decided to join hands with the only organization he hasn’t won a belt in, ONE FC. He will take on veteran Timofey Nastyukhin (12-4) who is 5-3 in the organization.

Previous articleJon Jones’ team is under no illusions just how good Gustafsson is
Next articleMMA India Exclusive: Bharat Kandare’s team opens up about the USADA suspension