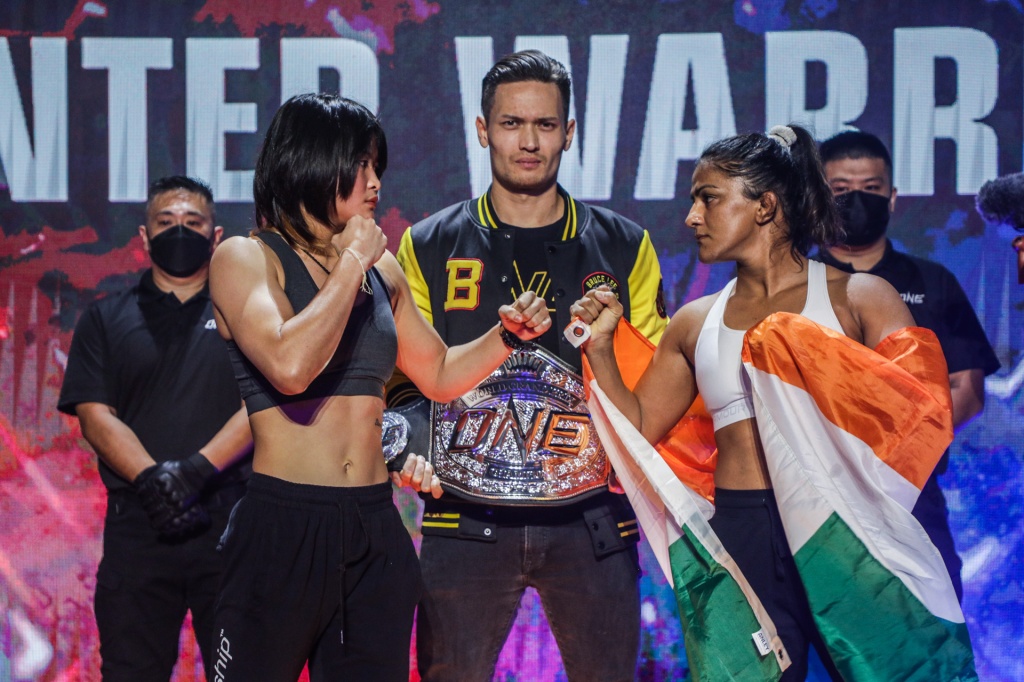 Indian mixed martial arts icon Ritu Phogat had her prolific win streak hitting a sudden halt as she lost her much awaited superfight against Stamp Fairtex in the ONE Atomweight Grand Prix Final event which took place at the ONE: Winter Warriors event on 3rd December at the Singapore Indoor Stadium. Ritu Phogat, who was coming off of a three fight win streak, was defeated by Stamp Fairtex in the second round of the fight via armbar submission.

After a razor close split decision loss against Bi Nguyen at ONE Championship: Dangal back in may, Ritu Phogat bounced back with a bang and continued her dominance, extending her MMA record to 7-1 with 3 straight wins over Lin Heqin, Meng Bo and Jenelyn Olsim at ONE: Battleground, Empower and NextGen respectively.

The Haryanvi fighter’s most anticipated fight of her career was due against Stamp Fairtex, a former ONE Muai Thai and Kickboxing world champion, taking place at ONE: Winter Warriors, in a nail-biting show that was featuring classic grappler versus striker MMA showdown.

The fight kicked off with Ritu going straight for Stamp’s knees, aiming for an early takedown and followed up with another low attempt, but her opponent was able to counter the grappling attacks.

Ritu was able to edge in with a lock in on the legs as she pushed Stamp to the cage with another takedown in mind, but the Thai fighter was able to stay stout on her feet for sometime until Ritu was able to pin her to the canvas. However, Stamp was swiftly able to get back up and followed up with a low kick to Ritu’s chest, who returned some side jabs and the first round had ended.

The second round started off with Ritu locking down Stamp, but the Muai Thai ace turned the tide and attempted a submission choke. Despite Ritu toppling her over, Stamp went back on the Indian fighter with an armbar, pinning down Ritu who was unable to escape this time. The fight ended with Stamp being awarded a win via submission, becoming the 2021 ONE Women’s Atomweight World Grand Prix Champion.