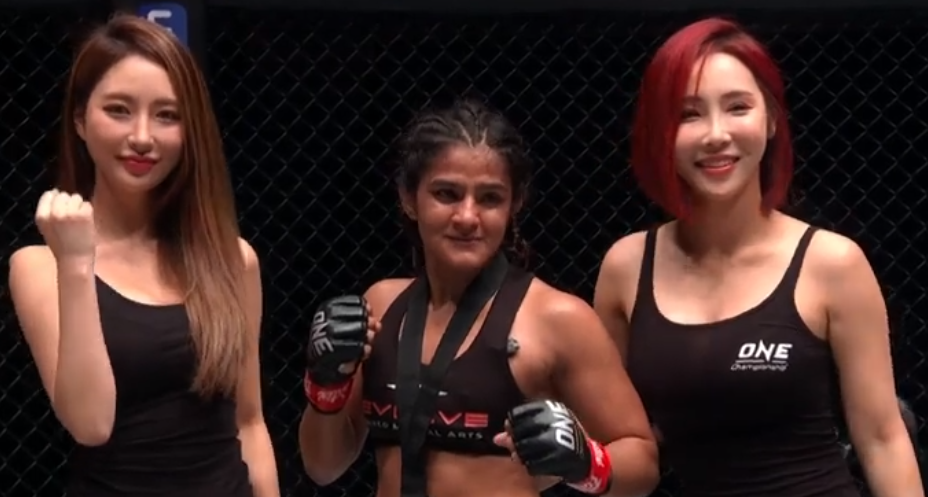 India’s pride Ritu Phogat extended her unblemished MMA record to 2-0 against Wu Chiao Chen of China at the ONE: King of the Jungle in Singapore.

Held behind closed doors and in absence of an audience given the coronavirus situation in the country, the event was lacking its usual buzz and energy.

However that didn’t deter Phogat from having her way with her Chinese kickboxing champion opponent Chiao Chen. Phogat’s gameplan coming in was pretty obvious – to close the distance and get her hands on Chiao Chen.

And that’s exactly what she did in all three rounds. 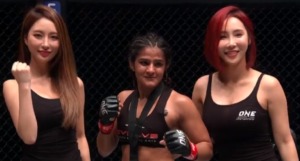 However it wasn’t just a grappling heavy offensive from the Commonwealth Gold medalist in wrestling. She did land a number of sharp right hands on her opponent, backed her up, and mixed in her takedowns masterfully.

The bulk of the fight though was spent on the mat with Phogat in top position. Chiao Chen, though unable to prevent the takedown, showed gumption and heart in abundance as she refused to be a still target on the bottom.

Constantly working to better her position despite being on the bottom, she didn’t allow Phogat to posture up and land blows to the point where the referee was forced to step in. Although, it is worth mentioning that Phogat did manage to land a number of significant strikes through the 15 minutes.

The nuances and mastery in taking down Chiao Chen was a particular highlight of this performance from the Indian Tigress. Whether it be scooting under a jab for a double leg or ‘Khabib’-ing her against the cage, Phogat was as varied as she was unrelenting with her wrestling attacks.

Her striking also showed signs of coming on nicely but sterner tests against fighters who trust their takedown defence to a greater extent and are willing to test her on the feet are to be expected in future.

Ritu does have a number of areas of improvement to be worked on, as noted on commentary, but every sign at the moment points to the fact that she can be the MMA superstar that the country has been yearning for.